Happy Meals and Tales of Wonder

You know those onomatopoeic pictures by Roy Lichtenstein?

There’s also a ‘Pop!’, but such an exclamation hardly does justice to the results achieved at their recent online sales by the two caped crusaders, those masked marauders of Russian Art, the Batman and Robin of the Rooms – Sotheby’s and MacDougall’s.

Just when Commissioner Gordon, taking a spiritual step over and above his job description, was about to administer the last rites, just when Alfred was ready to order up the funeral cask, those two rootin’, tootin’ auction houses come riding into Dodge, bust down the saloon, shoot the place up, sup all the whiskey, ravish all the dames (and dudes, we must leave room for all types and ‘Brokeback’ was, like, such a ground-breaker) and then ride on through, nursing the hangover from Hades, to break records.

Did I hear that correctly? Did the man say break records? In The Time of Cholera? In Dodge?

Sounding just like two 60’s-era cool guy detectives, Sotheby and MacDougall, played by Clint Eastwood (or Danny de la Rue – I refer to my comments in the previous set of brackets) and Paul Newman have just turned the world on its head.

Sotheby and MacDougall. Keepin’ art in the game.

Sotheby and Macdougall. No messing with these dudes.

Sotheby and MacDougall. Three days that shook the world.

We at Russian Art And Culture have seen a thing or two over the years. Why, only last year, one of our writers was about to be set upon by a pre-pubescent mob wearing loincloths and wielding pitchforks for doing nothing other than stating the bleeding obvious but nothing, we repeat, nothing (three ‘nothings’ in one sentence, another record?) comes close to the sensation of the auction results posted by these two titans, leviathans, demi-gods. I prostrate myself at their gavel.

In my last, brilliantly conceived, piece prior to the auctions, I searched for a collective noun to describe a surfeit of landscapes and, finding none, scurried back under the rock from whence I came. Now, after stellar results, I am searching for a collective noun to describe a hugely successful internet sale at MacDougall’s, to say nothing of Sotheby’s. A MacOut? A MacBlitz? A Sothebeast?

Metaphors abound with success against all the odds our theme but, aside from ’89’, nothing (there he is again, that cheeky little mite) comes even faintly close. ‘And it’s Aivazovsky bursting through the midfield, Aivazovsky….it’s up for grabs now! Aivazovsky! Right at the end. An unbelievable climax to Russian Art Week!’ 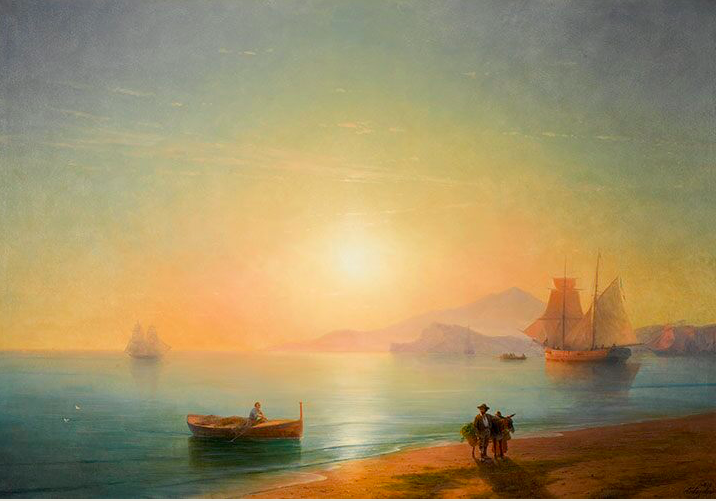 Kicking off with the Sothefest – Sotheby’s have just sold the most expensive painting to be sold at an online only auction which, with the addition of three exclamation marks makes this sound even more remarkable!!! The fact that this painting is by old Mutton-chops himself, Armenia’s greatest export since Charles Aznavour and Chechil, makes it even more amazing. Your resident sage had said the estimate was reasonable but never in my wildest dreams did I think that it would rack up over £2m.

Sothebees-knees put out a very bullish Press Release which, in a sense but perhaps less eloquently, says it all. To paraphrase some of the more important statistics:

Should we seek to analyse, essentially our job at RAAC, these figures tell us the following:

Now to the dark horses, our old buddies at MacDougall’s whom some of my colleagues have, to a man and woman Russian, nicknamed, ‘McDonalds’. Whilst I realise that snitching is now de rigeur in all parts England, I will refrain from naming them, you Sovki, you. We Butterwicks were at Agincourt (or, at very least, the pub of the same name) and know a thing or two about civil liberties. Not for us the clashing cymbal of the ‘donoschik’, the cacophony of the ‘stooge’, or the bum note of the (any rap artist) ‘classroom sneak’. Let those who have compared MacDougall’s to the Golden Arches hang their collective heads. Let theirs be the diet of the 89p cheeseburger and soggy fries whilst we dilettantes feast on the Signature Burger with extra relish. May their Fantas be flat because, and let the soul of Ray Croc bear witness, MacDougall’s have also happy mealed their way into the history books.

Those who read my carbon-friendly emissions, know that I am something of a fan of MacDougall’s for throwing a sizeable grenade into the Russian Art world and hat’s off, felicitations and bring out the bunting to them for their stunning results and for setting the trend for our truncated Russian Art Week.

Firstly, the results achieved for their Sots-Art section, a genre that they have championed for many years, were truly remarkable with Valery Koshlyakov nearly hitting the ton, Gorokhovsky doing well with Dubossarsky and Vinogradov, Chuikov and Pivovarov all achieving solid results, vindicating MacDougall’s policy of selling this art when others fear to follow. A 70% sell rate of this genre?

Even better were lots 37 to 39 which hauled in a massive £500,000 odd and, in all honesty, were paintings I would struggle to describe as anything other than, ‘average’. Konstantin Korovin really is one of those ‘name not picture’ artists, who somehow manages to command vast sums when at least 80% of his output would embarrass the railings on St James’ Park but, each to his own, he is hoovered up by our Russian friends. In fact, ignore the last remark, it was snobby, nationalistic and out of place and I will soon be placing a few of his works on to my own website. These superb, magnificent forays, comparable in the confidence of their brushwork and their sensual use of colour with the top Impressionists, are soon to be the envy of the art world. 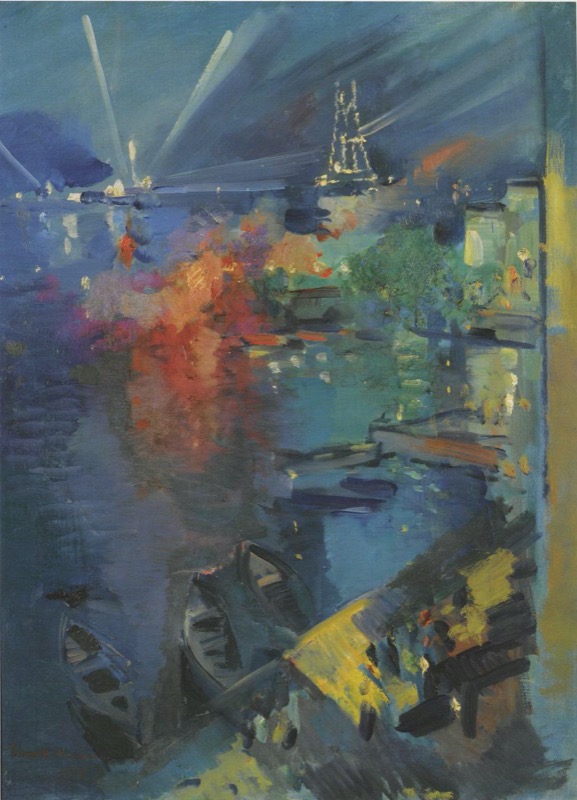 The sheer number of sold lots also commends itself. Half. For God’s sake, half! Normally, MacDougall’s sell rather less than that but this time, ignoring all the naysayers, soothsayers and hack critics (guilty, m’lud) they showed how one brave business decision can change a market.

I have a very wise friend in Paradise, or North Norfolk as it is known to some, who told me that people go into collectibles when times are tough and, God help us, they are mega tough for many and yet, and yet, we find ourselves in a strong Russian Art market and even Phil Collins is joining us in song:

“Well take a look at us now! Russian Art was an empty place And you comin’ back to us was against the odds And I’ve got egg all on ma’ face”

Many, many congratulations to all concerned, especially William MacDougall, for displaying qualities seldom associated with Chief Executives. I hereby apologise for not noticing that your name was spelt with two capital letters, three if you include your Christian name, and four if you are awarded the title you richly deserve – Tsar.

Now where is that rock from whence I crawled?