The remarkable life and legacy of Grinling Gibbons (1648-1721) is celebrated at Compton Verney, as part of a year-long series of events to commemorate the tercentenary of the most renowned British woodcarver of the 17th century, often called the ‘Michelangelo of Wood.’ 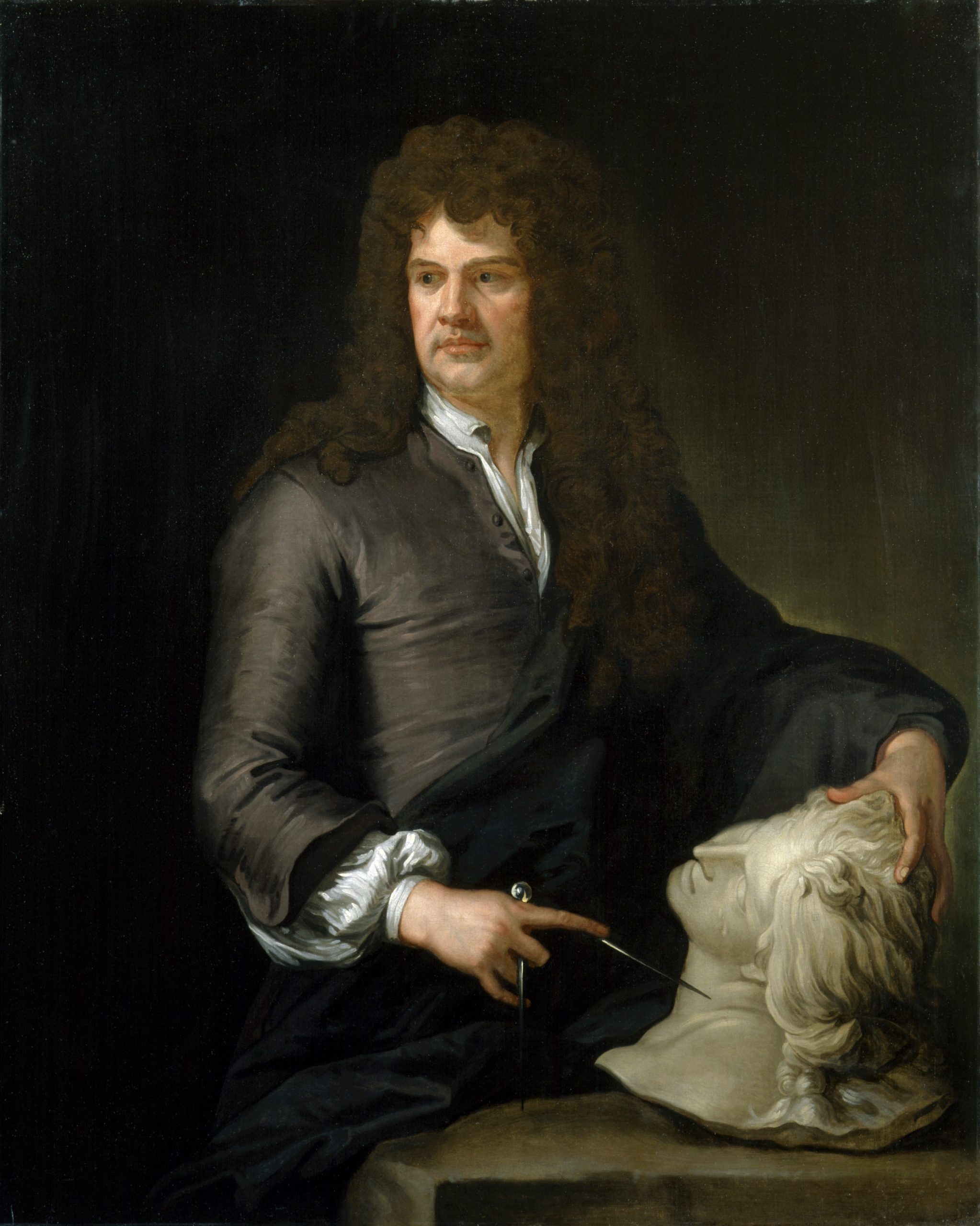 The exhibition, Centuries in the Making (25 September 2021 – 30 January 2022) – produced in partnership with the Grinling Gibbons Society – reveals the life, genius and legacy of this legendary sculptor and craftsman, who died on 3 August 1721. Our regular contributor Margy Kinmonth wrote about the artist and his work.

I’ve just been to see the show of Grinling Gibbons exhibition at Compton Verney. The State Hermitage Museum St Petersburg had agreed to lend their important portrait of the celebrated Grinling Gibbons by Godfrey Kneller, but it couldn’t be sent due to Covid and the current Brexit import difficulties. Escalating transport costs and problems with freight are now making these international art loans, which we had enjoyed in the past, extremely difficult today. Some carvings of Grinling Gibbons appear in “Hermitage Revealed” my feature documentary which encapsulates the story of Russian history within the State Hermitage Museum.

My film tells how Catherine the Great purchased the Walpole collection from Houghton Hall in 1779, for her own picture collection, which is why so many of the works are now in Russia. Luckily for Compton Verney, the National Portrait Gallery have stepped in by loaning a substitution of their own Gibbons portrait for the big anniversary exhibtion. 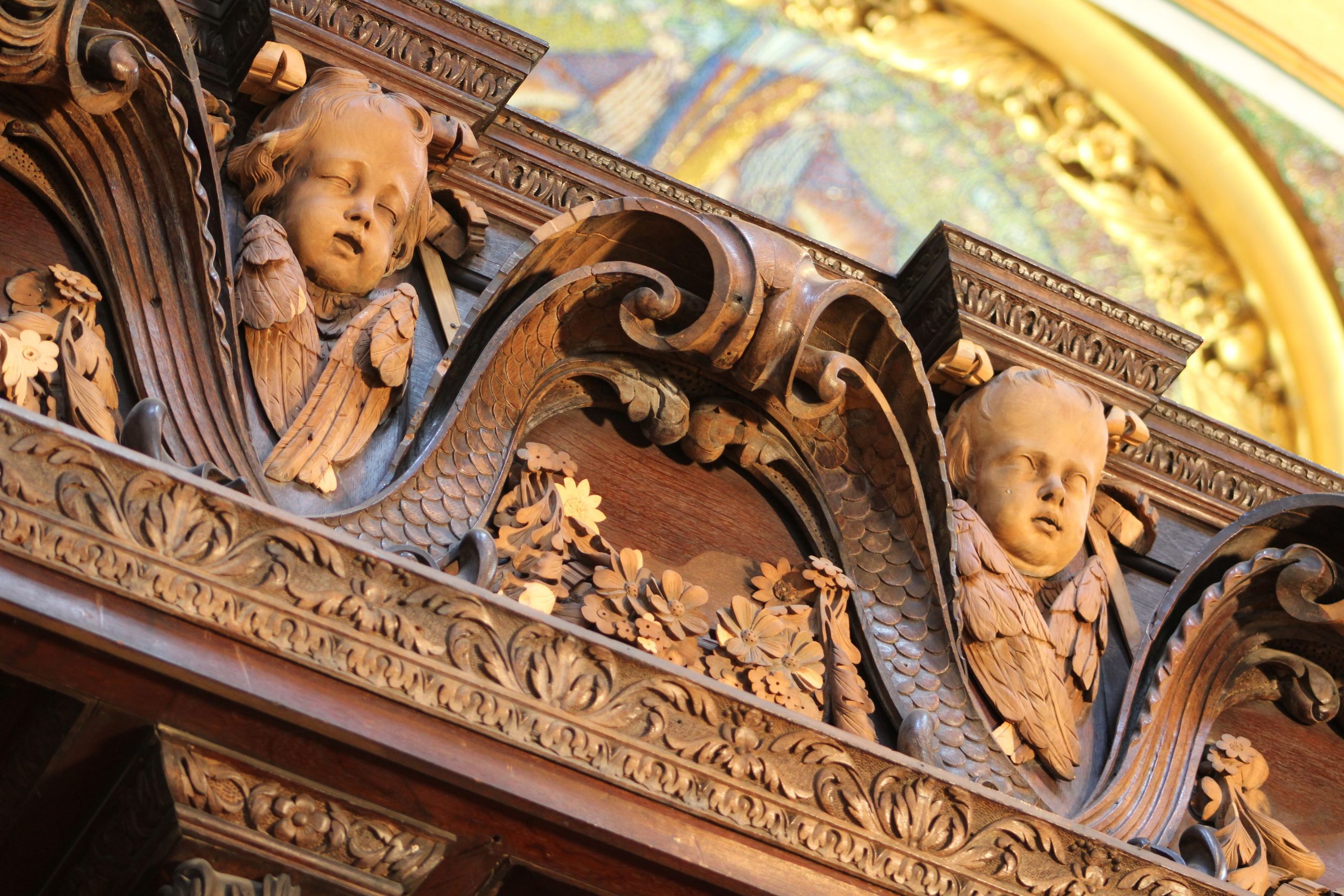 The C18th British Prime Minister Sir Robert Walpole was a big fan of Grinling Gibbons and his son Horace Walpole even wore the famous carved cravat. I can’t imagine Boris Johnson wearing anything like this!

Gibbons’ work is usually only seen in situ in Britain’s royal palaces, including Windsor and Hampton Court, its most important churches, including St Paul’s Cathedral and York Minster, and the grandest of stately homes, but now, fine examples can be seen together, including items rarely on public display, curated from national, international, and private collections.

Grinling Gibbons (born 4 April 1648, Rotterdam – died 3 Aug 1721, London) is the most celebrated British woodcarver of the 17th century. Gibbons was born in Rotterdam to English parents. He emigrated to England in the 1660s to work first in York and then London. After his arrival in London Gibbons quickly attracted attention, and was given his first royal commission in 1675, when hired by Charles II to produce decorative carving for Windsor Castle. Over the next 25 years he completed important commissions for Whitehall Palace, St Paul’s Cathedral, Hampton Court Palace and Blenheim Palace. In 1693 he was appointed as master sculptor and carver in wood by King William III.  Gibbons pioneered a highly distinctive style, carving in very high relief with exceptional naturalistic detail. He had an ability to transform unyielding and solid media into ‘loose and airy lightness’ which saw Gibbons recognised as ‘the greatest master both for invention and rareness of work, that the world ever had in any age’. His trademark was cascades of fruit, leaves, flowers, foliage, fish, and birds. Gibbons worked primarily in limewood – a material whose uniform but soft structure makes it particularly well suited to high-relief carving. Described as the ‘Michelangelo of Wood’, Gibbons’ created masterpieces for Kensington, Hampton Court, Windsor and Whitehall palaces as well as the State Hermitage Museum in St Petersburg. His works are today represented in the Royal Collection and Historic Royal Palaces, as well as across national and international museums (V&A, British Museum, Ashmolean, the Met), country houses (Petworth, Blenheim and Belton), and churches (St Paul’s Cathedral, York Minster, Canterbury). 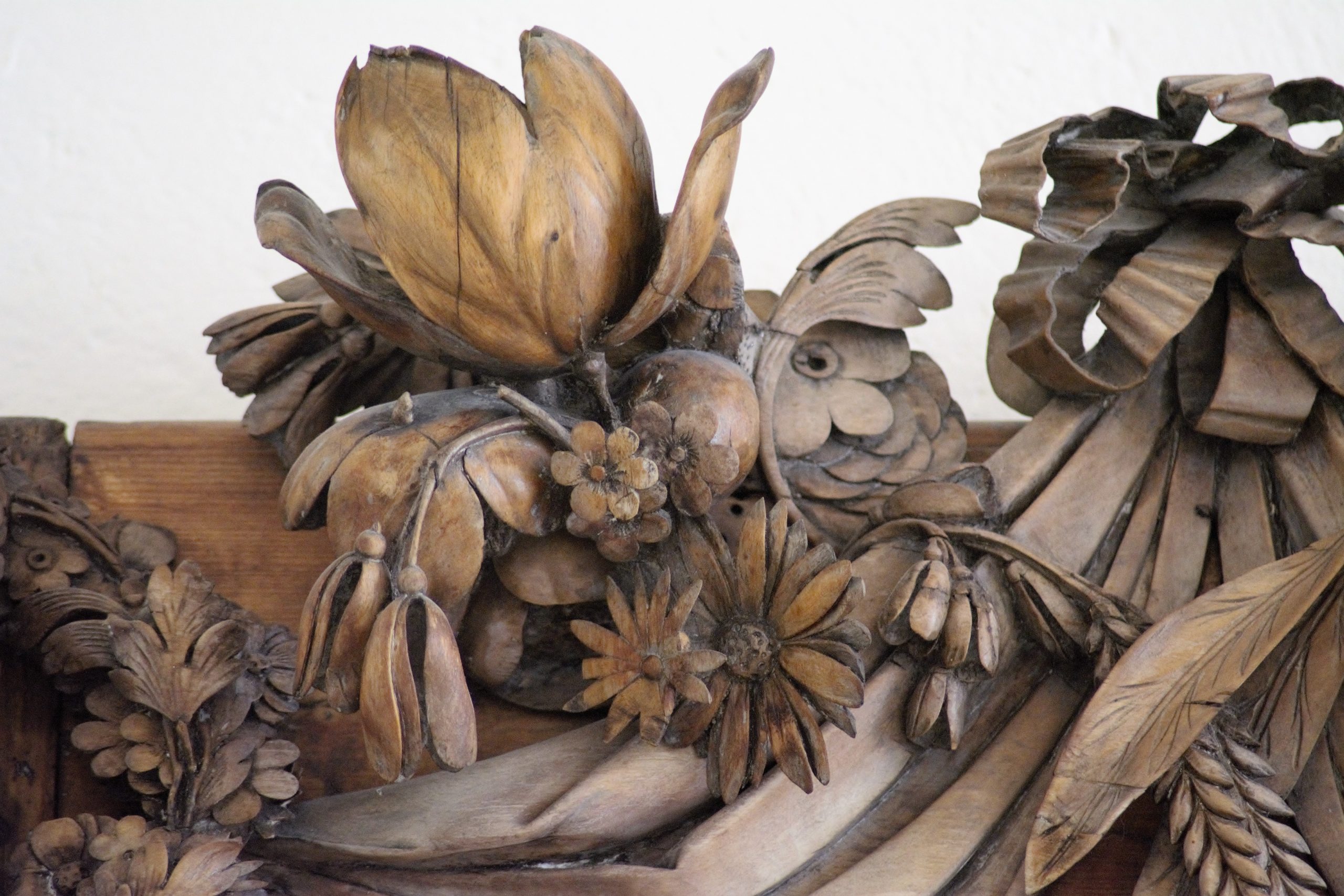 There are a couple of good films throughout the exhibition showing carvers at work today, demonstrating his art both in stone and in wood. As someone who trained in sculpture, I always find it fascinating to watch the process on camera. The show brings in contemporary artists, who have been inspired by the art, see my instagram @margy_kinmonth, including fashion icon Alexander McQueen who created an entire collection referencing the carved wood of Grinling Gibbons, and the carved paraplegic boots are on display echoing the  distinctive motivs and symbols.

I was interested to see in the exhibition, beautifully lit fragments of burnt out carvings retrieved from the fire at Hampton Court in 1980’s and a rare outing for some ferocious looking cherubs, which had been in storage since the Victorians changed things around in St Pauls cathedral. A good argument for keeping things in store for future generations, as we may continue to find that borrowing artworks from abroad is not as easy as it used to be.