GEORGIA ON THEIR MINDS

Our International Editor Simon Hewitt will be reporting on the début edition of the Tbilisi Art Fair in a future RA+C newsletter. Here he previews this exciting new addition to the Caucasus cultural calendar, which opens its doors on May 17. 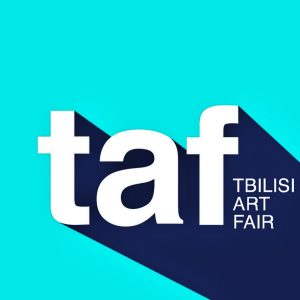 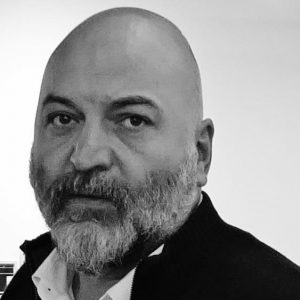 HOT ON THE HEELS of the inaugural Armenia Art Fair in Erevan (May 12-14), a new fair comes to the capital of neighbouring Georgia – with big names and big ambition.

Why Tbilisi? Why now?

‘The opening of new galleries in the city! An upsurge in Georgian artists on the international scene! A growing number of buyers in the region! Plus… everybody loves Tbilisi!’

The swashbuckling Schlosser (above right) once served as E.U. Cultural Counsellor in Moscow, is married to Russian artist Daria Krotova, and oversaw the final edition of Art Moskva with Gallic panache. No surprise, then, that his Tbilisi Art Fair will have something of a Russian flavour.

The large-scale, powerfully intermeshing graphics of Kirill Chelushkin, arguably Russia’s most superlative draughtsman, will be showcased by Antwerp’s NK Gallery.

Famous London-based Moscovite philanthropist Igor Tsukanov is jetting in to award a Best Artist prize on behalf of the Tsukanov Family Foundation.

There will be a glittering reception to celebrate the publication of Memories of Tiflis, a magnificently illustrated chronicle of the Georgian capital in Tsarist times edited by cosmopolitan culture guru Nic Iljine – who enjoys a status in Tbilisi akin to royalty.

The Tbilisi Art Fair will take place at ExpoGeorgia – an attractively revamped, 11-hall Soviet-era exhibition site to the north of the city, where Fair Founder Kaha Gvelesiani is Chairman of the Supervisory Board. Gvelesiani, a financier and real estate moghul, is also a noted wine connoisseur.

With burgeoning foreign investment and 5% annual growth, the Georgian economy is recovering from the turmoil of a few years ago. The country attracts some 7 million annual visitors (notably from Turkey, Iran, Saudi Arabia, China and the Gulf) and has a lively cultural scene. The Tbilisi Photo Festival has been going since 2010. The National Gallery boasts an outstanding collection of works by native superstars Pirosmani, Gudiashvili and Kakabadze. The swanky Museum of Modern Art pays homage to Zurab Tsereteli, who some consider Georgia’s greatest living artist. His colossal, multi-pillared monument  The Chronicle of Georgia, on the banks of Tbilisi Reservoir just outside the city, has been dubbed the ‘Stonehenge of the Caucasus.’

ALL THE FUN OF THE FAIR

The Tbilisi Art Fair plays host to 30 galleries, ten of them from Georgia. Caucasus neighbours Armenia and Azerbaijan will be represented, as will nearby Turkey and Iran. There will be 5 galleries from Western Europe (Germany, Spain, Belgium and two from Schlosser’s native France) and a further 8 galleries from Eastern Europe: 3 each from Russia and Poland, one apiece from Bulgaria and Lithuania.

A special section known as The Hive will showcase 40 artists without gallery representation (the name comes from La Ruche in Paris, the celebrated base for my penniless Archipenko, Zadkine, Chagall, Soutine, Modigliani and Brancusi of long ago).

A number of other artists will be engaged on works within the Fair, which also includes a trio of non-commercial exhibitions: Twelve Women Gone Missing, featuring female artists who emigrated from Georgia to Europe and the USA; War On Hold/ Under Construction, showcasing works in different media created especially for the Fair by 20 young Georgian artists; and a retrospective of Georgian Photography that includes rare 19th century prints by Gigo Gabashvili.

On-site installations are led by Something in the Air by poetic Lithuanian kinetic artist Kestutis Svirnelis – presented in collaboration with Art Vilnius (where Schlosser is Creative Advisor).

There will also be a series of art talks, plus afternoon activities for children – including ‘hands-on masterclasses’ and the possibility for youngsters to ‘sell or trade their works.’

Things may or may not go without a hitch: Sir Eric chucklingly promises that ‘unscheduled and spontaneous interventions will disrupt the Fair.’

Batten down the hatches. Should be fun.