From the Lives of Planets: Interview with Oleg Nesterov

“From the Lives of Planets” is a musical tribute to the Russian films of the 1960s that were halted mid-production, due to dramatic changes in the nation’s political climate. Created in 2014 this musical project was later brought to life in the form of a double album, an online archive platform and a musical show. This highly acclaimed project was described as ‘one of the most important cultural events in recent years’, and received the national ‘Book of the Year’ award in 2015. RA+C correspondent Olga Jegunova met with its creator, a musician, producer, and writer, Oleg Nesterov. Oleg is the lead guitarist and singer of the Moscow-based band Megapolis and the Kapella of the Berlin Postmen project, as well as founder of the Snegiri music label. He also teaches a course on music producing at Moscow State University.

A non-profit and non-governmental cultural organisation M.Art has brought yet another great project with a non-trivial content. Desyatnikov was one of the most refreshing projects in the spring 2018 and now it is Oleg Nesterov and Megapolis Band with a musical homage to the unfilmed motion pictures of the 1960s called “From the Lives of Planets”.

This multimedia project goes far beyond a musical idea: it covers history, theatre, philosophy, cinema and human relationships in general. The music slows you down, takes unnecessaries away and presents world as the most organic and logical structure. The text and acting is laconic, clear and convincing.

I loved the climate between the musicians in Megapolis band as if they are connected with invisible wires. They don’t need eye contact or extra stimulation; they fully trust each other. Oleg is a composer, playwright, narrator and guitarist; Mikhail Gabolaev is a base guitarist and a co-founder of Megapolis, Dmitry Pavlov has shown extraordinary skills on the guitar, drummer Anton Dashkin has kept our heart beat steady and fine throughout the whole performance, violinist Andrey Karasev has added melodic clarity and acoustic effects, and Dmitry Garin being responsible for sound, has created a general atmosphere and even has silently co-acted.

Oleg has broken a big stereotype: in order to succeed one must be tough. There is no time for this in Oleg’s world. There is no need to proof anything to anyone. In a way, there is no point of this very review as this will not affect his and Metropolis’ pace. As a result, The Under the Bridge club in London had perfect amount of audience, perfectly balanced sound and video material, perfectly objective and so very subjective story, hidden between the beats and lines of the mono-spectacle with music.

When preparing for the interview I was expecting to meet a Russian rocker covered with epotage and commercial masks. But I ended up discovering totally new (to me) way of creating, talking, thinking and simply being. 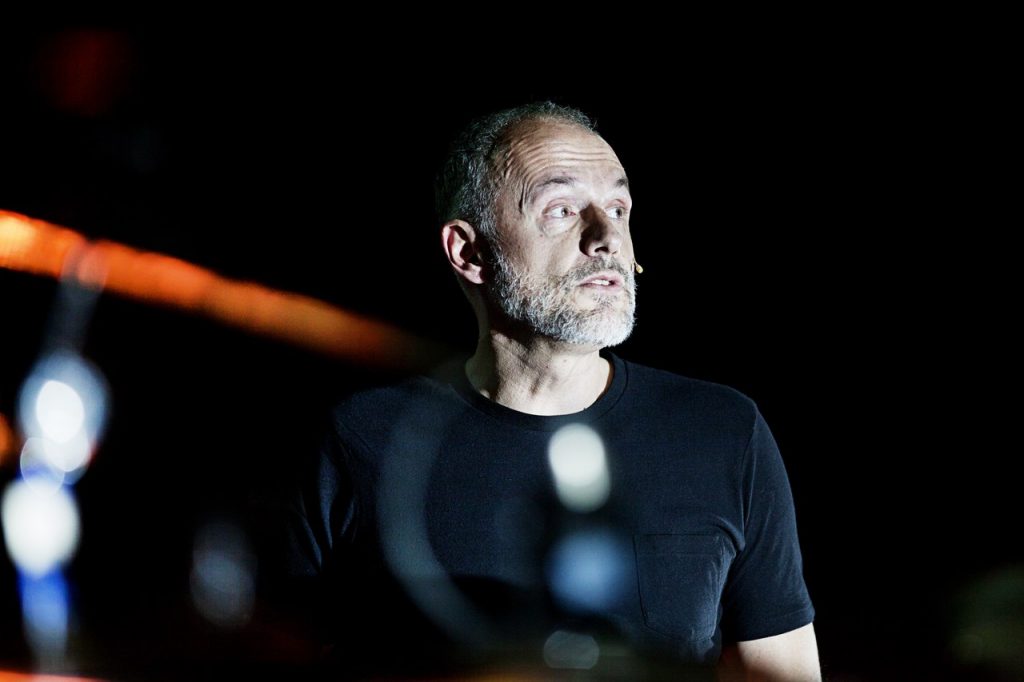 Olga Jegunova: For a musician it is very important to escape the reality and retire to their own creative space. How do you manage to get disconnected from the daily routine?

Oleg Nesterov: I found the perfect method for it 11 years ago, when I finished all of my on-going tasks, did not take any new responsibilities, and stayed for half a year in a country house at the Mediterranean. I blocked emails and phone calls. I got emotionally recharged from the sunsets and the sea. When you do not have the excessive flow of information the course of life slows down and you feel much greater power, feel that you are capable of anything. I have been sticking to this rule since then occasionally breaking with my routine and going to places all over the world to enjoy the solitude and get a chance to be one to one with the material I am working on.

O.J.: How do you manage not to get tired performing the same music?

O.N.: It is important to have a break between performances. Our background and life experiences make us revise the same concert every time and perform in slightly different manner. If you do not get new experiences, you get drained and your performance becomes mechanical.

I quickly learned the difference between performing and executing. Performing creates resonance between people, between themes. Jimi Hendrix once said that music is not the scores, it is what is between them. Many musicians fall into the trap of over-performing when the concert programme becomes an assembly line. My first rule is not to perform too often.

The second rule, which might be even more important is love. Love is needed to reach the harmony between the musicians even when they have their own views on how to perform. Love makes performance special. 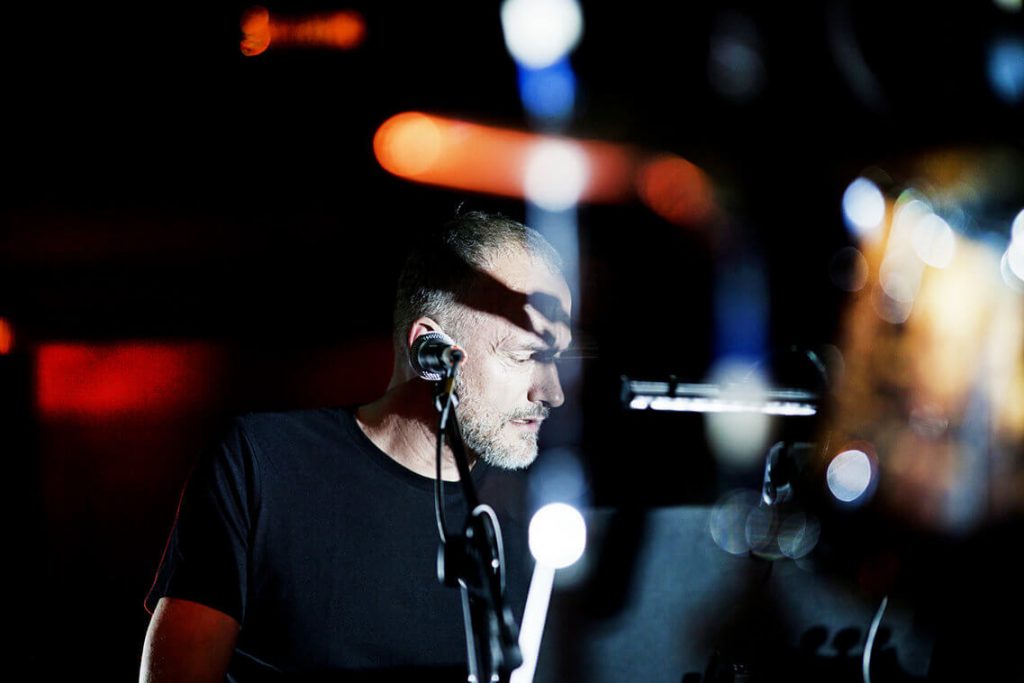 O.J.: I am very interested in the conflict between the idea and the interests, thoughtful inner work and social resonance, yin and yang. How do you balance it?

O.N.: You always have something real, something which is the most important thing in your life and then there is everything else. Of course, every artist needs attention, but seeing the results of your work is not the central aspects of it. Recognition is secondary. It took me almost 14 years to figure out the tricky balance between “to be” and “to seem to be”. The best way to filter everything which is unnecessary is to use “last chance” principle. How different will it be if it is your last chance to perform?

O.J.: Is it how you started practicing a spontaneously intuitive music-making?

O.N.: Spontaneity is very important for me. Music-making is similar to travelling: I plan the direction of my travels, but when I arrive I intuitively find some new places and people. The intuition is a key, but it needs to be carefully separated from a conscious intention.

There are three important principles which we used when preparing “From the Lives of Planets”, namely: 1. You should not fully understand what is happening. When you do, it is not a creative act any longer. 2. You should not expect anything as expectations prevent us from being true to ourselves. 3. You should not depend on anyone and rely on yourself.

O.J.: How did “Planets” change with time?

O.N.: It did change a lot. We learned how to let the music into ourselves. It has become an inner dance of the our bodies, which has now been mastered to perfection.

O.J.: How can you define the project “From the Lives of Planets”?

O.N. Initially it was a number of innocent tunes played at the Croatian coast in 2010, but then they gave the ground to something very beautiful and substantial. The project is not only about music; it is also about the film to which this music is devoted. It is about the very phenomenon of the unfilmed movies of the 1960s, which no one though about before. It is about the time when it all happened, the era when Moscow was changing dramatically. Everyone who lived then would remember this time which reached its peak on 30 November 1962.