For the first time in the country’s history, Focus Kazakhstan offers an overview of modern and contemporary art of Kazakhstan on an international stage. Taking place from September 2018 to March 2019, Focus Kazakhstan comprises a four-part exhibition programmed in the four cities of London (UK), Berlin (Germany), Suwon (South Korea) and Jersey City (US) alongside a two-part artist residency programme in Berlin providing opportunities for young artists from Kazakhstan. 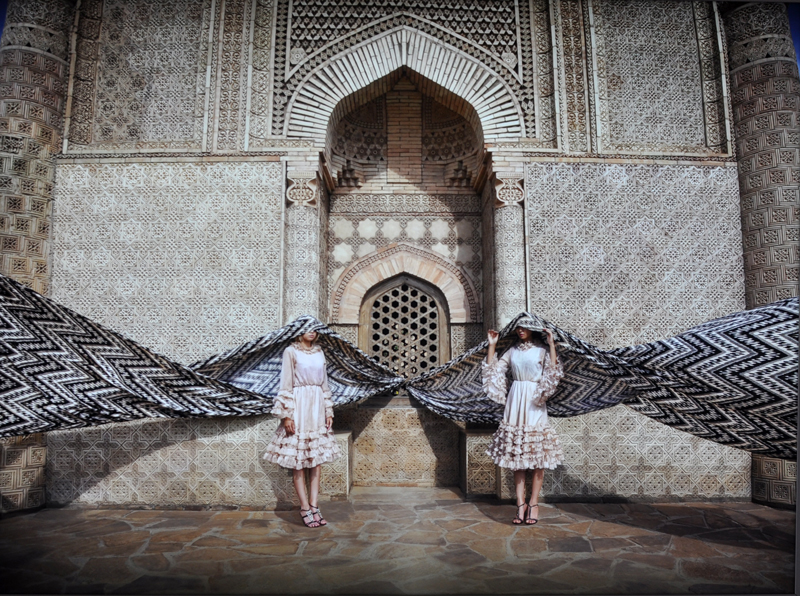 Highlighting 80 artists spanning multiple generations and ranging from established to emerging, these exhibitions explore the art history of Kazakhstan on an international stage, as well as the globalisation of Kazakhstan’s society and the effects of de-Sovietisation, the phenomenon of ‘local modernity’, the feminist movement and the rise of post-nomadic art in the 21st century. Reflecting the cultural transition Kazakhstani society is undergoing, the themes confronted cover narratives central to much of the contemporary art from the country including reimagined nomadism, the revival of suppressed culture, and the construction of a new post-Soviet identity.

Berlin – Focus Kazakhstan: Bread and Roses is an exhibition of art created by women, including a residency programme, that examines the work of four generations of female Kazakh artists created since 1945, both in the light of its stylistic development and its reaction to tumultuous political and social change. Suggesting a broader model for considering the history of art made by women in other post-Soviet and post-colonial contexts, this show comprises work in a wide-range of media by 20 artists. (25 September – 20 October at MOMENTUM, Berlin)

Suwon – Focus Kazakhstan: The Eurasian Utopia: Post Scriptum surveys the work of Kazakhstan artists of the 20th and 21st century whose work combines international aspects of modernism along with local features of the traditional culture of Kazakhstan. Using the phenomenon of ‘local modernity’ in the work and theories of Rustam Khalfin – considered one of the fathers of contemporary art in the region – as a focal point, the exhibition connects several generations of artists to explore the formation and development of art in Kazakhstan. (27 November, 2018 – 3 March, 2019 at Suwon Ipark Museum of Art, Suwon)