Focus Kazakhstan: Post-nomadic mind is currently on display until 16 October at Wapping Hydraulic Power Station, featuring the work of 32 artists. Contemporary art installations and video projections are paired alongside works from the Soviet era in an impressive industrial setting to form an unprecedented gathering of Kazakhstani art. Russian Art and Culture spoke to curators Indira Dyussebaeva-Ziyabek and Aliya de Tiesenhausen to find out more about this landmark event. 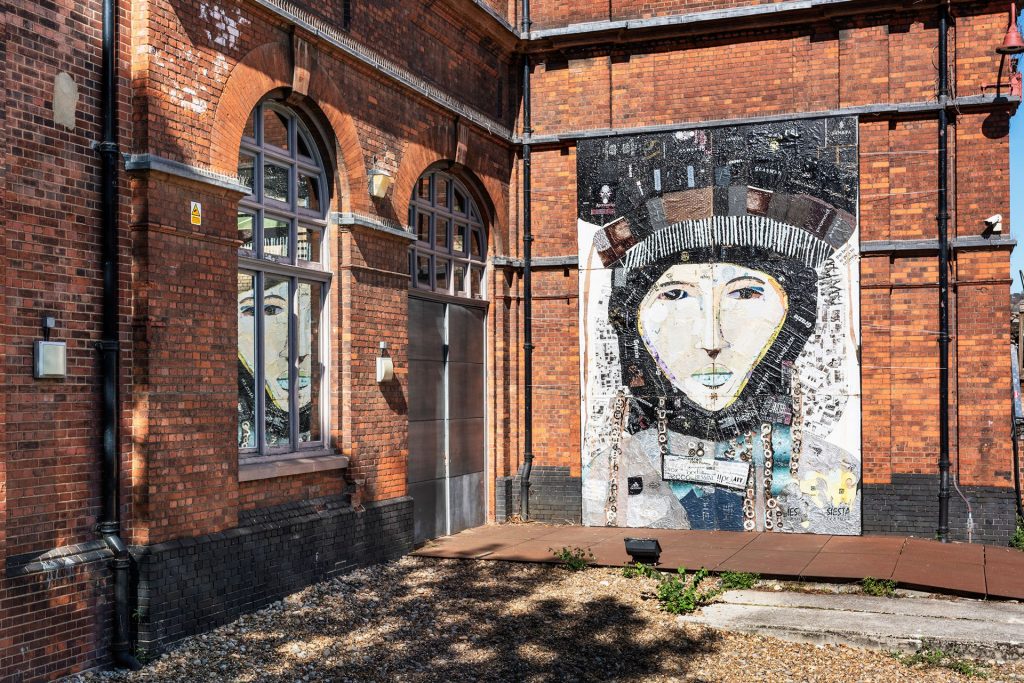 Post-Nomadic Mind is part of the global Focus Kazakhstan project, spanning six months and four countries. Implemented by the Kazakhstan National Museum under the direction of Roza Abenova, head of the Centre of Contemporary Art, its aim is to showcase the talent of the country’s contemporary and modern artists. It is also under the wing of the government’s ‘Rukhani Zhangryu’ programme, which was created in 2017 to modernise the nation’s sense of identity and to encourage a ‘qualitative transformation’ of its culture. For the London edition this means looking back at the nomadic past and, more importantly as Aliya says, what lies beyond that.

Unlike its counterparts in New Jersey and South Korea, numerous Soviet works are featured, giving the audience a comprehensive snapshot of the last 80 years of Kazakhstani art. As Aliya explains, the canvases painted during the Soviet Union don’t act as a contrast to the contemporary art shown but the different eras and styles work together in creating parallel dialogues. The earliest piece in the exhibition is an oil on canvas from 1937 by Abilkhan Kasteev, the highly decorated self-taught Soviet artist (the State Museum of Art was renamed the A. Kasteev Museum in 1976). Aliya believes that all the 32 artists in the exhibition worked in a similar way, they are simply processing information they see and even during the Soviet Union this meant looking to the nomadic past, yet they did not fully have to freedom to express it.

Indira and Aliya feel that the last five years has seen a huge growth in interest for Kazakhstani contemporary art and this exhibition is an exciting occasion for up and coming artists to show their works alongside more established figures. Indira co-founded IADA (International Art Development Association) in 2013 with the aim of promoting the integration of Kazakhstani artists into the global art world. Since then, artists such as Almagul Melinbayeva, Erbossyn Meldibekov, Galim Madanov and Zauresh Terekbay have enjoyed success in Western Europe. Here, these well-known artists who studied within Soviet institutions are mixing with younger artists who have only known the country as an independent republic. Indira says how wonderful it is that all these artists can come together for this project and each giving their own angle. It’s not only their age and education which separate them but Kazakhstan is a huge country, she laughs and artists often never get the chance to meet up with each other. Fundamentally, however, Indira and Aliya understand that for all the 32 artists, no matter where they base themselves now, Kazakhstan and the question of identity are always at the forefront of the minds.

The erasure of identity is a prominent theme in the exhibition. Gulnur Mukazhanova used felt, traditionally used in Central Asia to cover yurts to create her installation titled ‘Mankurts in Megapolis’. Inspiration was drawn from the legend that prisoners of war, having been enslaved, had their heads wrapped in camel skin. After time, the skin shrunk and couldn’t be removed, thus enslaving them forever. Indira adds that ‘mankurts’ no longer saw themselves as human but lost all sense of historical and national identity, or in short became zombies. This is not a nostalgic reflection on nomadism, as Aliya says but it is a striking metaphor for the loss of culture under Soviet rule. Of course, such a phenomenon is not exclusive to Kazakhstan or indeed Central Asia but relatable to many nations. However, the artist’s use of felt does link the piece to the post-nomadic theme.

Fabric is also a key element in Gulnur Mukazhanova’s second work, ‘False Hope or the Moment of the Present’ (2018). What at first glance looks like expensive silk is actually a cheap synthetic imitation manufactured in China. It is traditional to give fabric as a gift at weddings, yet in the modern age it is rarely used and serves no purpose other than to be potentially re-gifted to someone else. Indira says that the tradition is upheld but really they’re is no meaning behind it and this is shown in how the installation is assembled. The suspended fragments are only held together with pins and therefore nothing is sewn into place, nothing is secure or bound together. This labyrinth of fabric of course, as one walks through is evocative of a real life silk road but beneath the sheen of the beauty is the sad vacuous nature of a consumer society. The use of material is also an integral for Saule Suleimenova who, in her large portrait of a traditional bride, ‘Kelyn’ (2015) used only recycled plastic bags 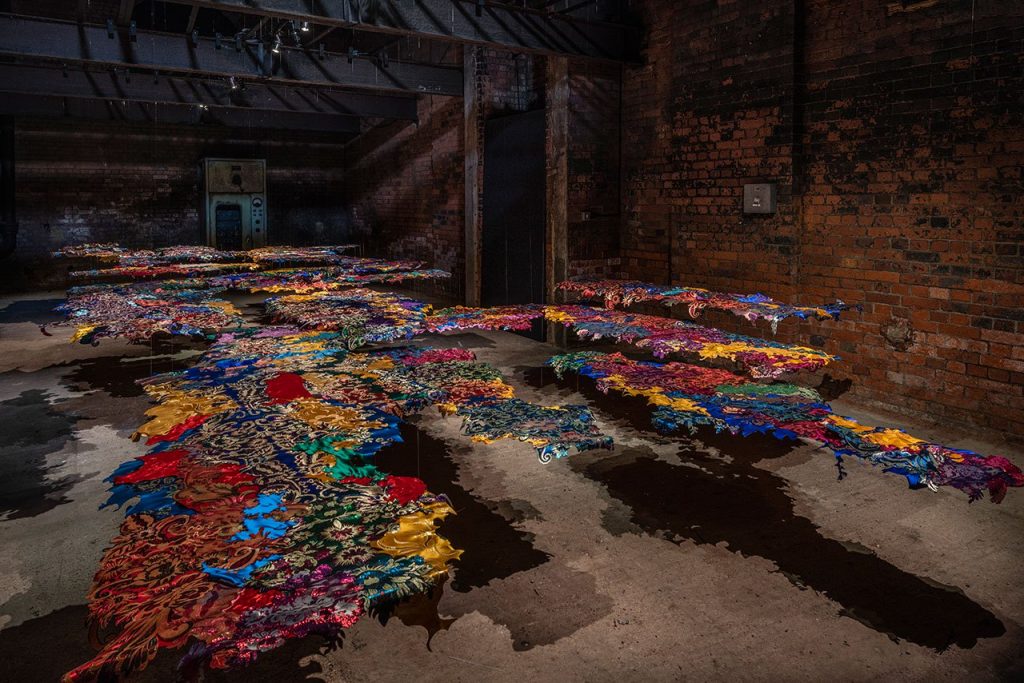 Gulnur Mukazhanova. ‘False Hope or The Momement of the Present’.

The exhibition also takes us back to the chilling reality of the Soviet era with a work by Asel Kadyrkhanova titled ‘Machines’ (2013). Separated by a spiral external staircase away from the main body of the exhibition, the small room containing Asel’s installation piece is heavy with sombre reflection on the destructive nature of the Soviet Union and as Aliya and Indira note this room has a more ‘historical’ angle. To give some backdrop they relate how Kazakhstan played an incredibly vital role in the labour camp system, with over a million prisoners being estimated to have been sent to gulags in the country between 1931 and 1959. Camps were built across the entire country and inmates included not only famous dissidents such as Solzhenitsyn but German prisoners of war and many other nationalities. Camps were also introduced for wives and children of ‘traitors of the motherland’ and settlements sprung up around the gulag system. The population of these camps and their descendants are very much part of who the Kazakhstani people are today, a diverse mix, not defined by one particular ethnic group.

This vast web was the idea behind ‘Machines’. The artist gathered a thousand death warrants from the Stalinist era, removing the victims’ names but leaving the signature of the perpetrator intact. These cover the wall but are all linked back to an old  typewriter on the floor using red string. In leaving the guilty names on display Asel wanted to show that behind the autocratic mechanism was an individual person willing to sentence their neighbour or colleague to death. She adds that it was also such a simple action, you only needed to sign your name in order to inform on someone. The Soviet Union was the orchestrator but its efficiency lay not in official structure but in the powerful instrument of ordinary bureaucracy. In the same room hangs work by Zitta Sultanbaeva, who’s work on the destruction of memory also haunts back to the Stalinist era when families would rub out the faces of those sent to camps from their photo albums. Creating a white empty space in the place of a loved one it is a visual reminder of the consequences of the documents seen on the same walls. The high number of political prisoners and the distance between Kazakhstan and Moscow created a unique political environment, and indeed the 1986 riots in Almaty as Aliya says can be argued to have been a catalyst in the collapse of the Soviet Union.

The exhibition is an incredible insight into the effects of the last eighty years and indeed, what was before that and what is happening now. Almagul Melinbayeva aptly puts that for herself and other Kazakhstani artists, their unique history ‘endows them with an extraordinary creative vitality’ and this is most certainly evident in Wapping.

Other Articles By Eleanor Moore 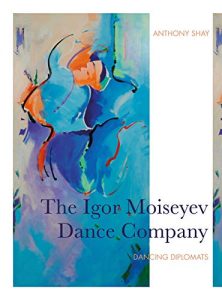 Black Sea: Dispatches and Recipes – Through Darkness and Light by Caroline Eden 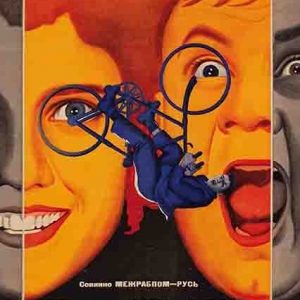