“Faberge: Imperial Craftsman and His World” (in English)

This book accompanies the most ambitious exhibition ever mounted on the jewels of the Russian Imperial Court. With over 1,000 treasures by Faberge and other world-famous jewelers and goldsmiths, Faberge brings together famous works of art from the Hermitage in St Petersburg and the Kremlin Museum in Moscow, as well as the Forbes Magazine Collection, New Your and numerous private American and European collections, most of which have been exhibited in the United States. Exquisite objects including cigarette-cases, miniature animals, snuff boxes and, of course, the Imperial eggs – fashioned with technical excellence from gold, silver, precious stones and enamels – are all illustrated in full colour.

For the first time, this book places the phenomenon of Faberge in its wider context. It focuses on its origins and sources, examines the world of the famous jewelers’ ateliers in great detail, and makes comparisons not only with Faberge’s Russian competitors, but also with its foreign peers such as Boucheron, Cartier, Lalique and Tiffany. 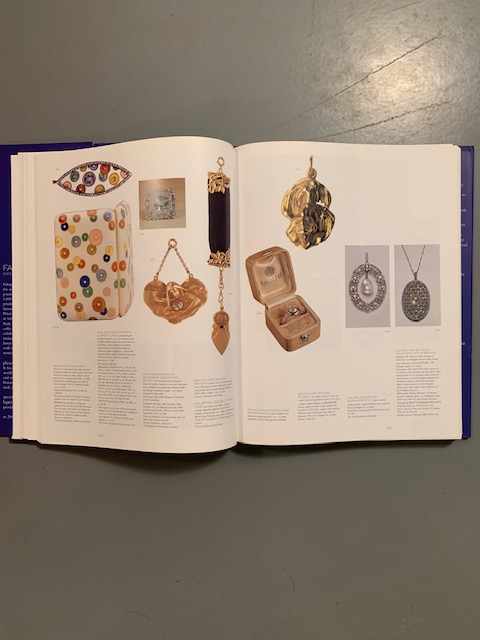 Faberge: Imperial Craftsman and His World

Contributions by many leading Faberge specialists explore the significance and enduring legacy of this world of Faberge, and a chronology provides an invaluable reference tool.

Published to coincide with a major exhibition in 2000 in the United States.