BBC Proms is one of the biggest classical music festivals in the world. This year it takes place between 13thJuly and 8thSeptember and offers more than 90 concerts. Olga Jegunova of Russian Art & Culture prepared a selection of all Russian events at Proms 2018.

Tickets: I would recommend “promming” to those who don’t mind standing during concerts. There are areas of the Royal Albert Hall specially for “prommers” – the Arena, the large space in the centre of the auditorium directly in front of the stage and the Gallery at the very top of the hall. All these places are unreserved and will cost you £6 but bear in mind that for the most popular concert you might need to queue as these tickets are released only prior to the event.

You can book tickets in advance following the link.

The main themes this year are:

The Hallé and conductor Mark Elder will perform music by Wagner, Debussy and two of Stravinsky’s compositions. The operetta Song of the Nightingale (1914) was commissioned by S. Diaghilev and premiered at the Palais Garnier in Paris in 1914. The Firebird is one of Stravinsky’s best known compositions. Initially perform as a ballet, it now also exists as an orchestral suite.

Ensemble Music Aeterna and a Greek-Russian conductor Theodor Currentzis will perform two Beethoven symphonies: No 2 in D Major and No 5 in C minor.

BBC Symphony Orchestra and conductor Alexander Vedernikov will perform Glinka, Talbot and Tchaikovsky. The theme of the evening is dance, which runs through both Glinka’s heat-soaked Summer Night in Madrid, accompanied by pulsing castanets, and the expansive waltzes of Tchaikovsky’s ballet The Nutcracker, whose complete Act 1 is performed for the first time at the Proms.

Hebrides Ensemble and conductor William Conway will perform Stravinsky’s The Soldier’s Tale. Composed in 1918, this First World War musical theatre piece tells a story of a young man who sells his soul to Devil.

The National Youth Orchestra and conductor Goerge Benjamin will perform music by Mussorgsky, Benjamin and Ravel. Mussorgsky’s A night on the Bare Mountain is a 12-minute piece that was orchestrated by Rimsky-Korsakov. Composed in 1886, it was initially written for piano and orchestra and later rewritten as an orchestral piece. It tells a story about a mystical life of witches and ghosts that gather on the top of a mountain. 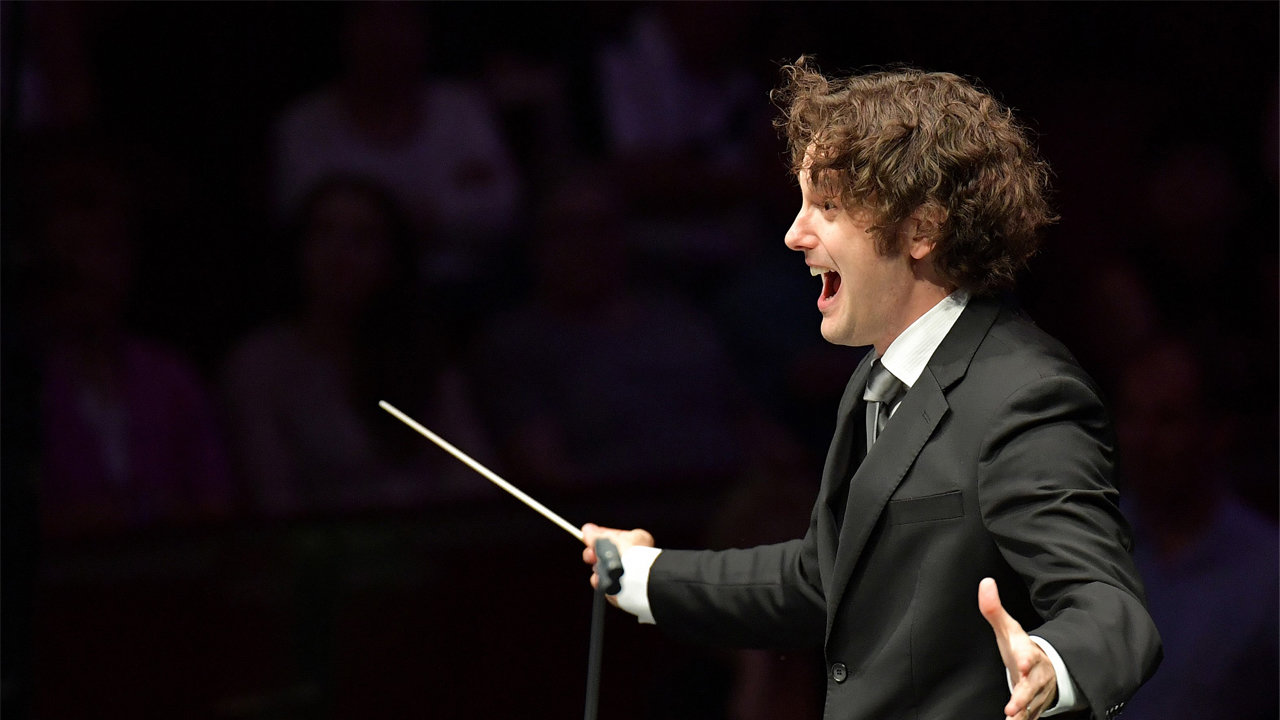 West-Eastern Divan Orchestra and Daniel Barenboim will perform Brahms (with violinist Lisa Batiashvili), Coleman and Scriabin. Scriabin’sThe Poem of Ecstasy was completed in 1907. The name poemis literal as composer himself had written a text (a poem) over three hundred lines to illustrate the story. This piece also has clearly identified motives, such as a motif of horror, will, self-affirmation, etc.

Geneva’s Orchestre de la Suisse Romande and conductor Jonathan Nott will perform music by Debussy, Ravel (with violinist Renaud Capuçon) and Stravinsky’s Petrushka (1911 version), one of his best-loved pieces. Initially performed by Diaghilevs’s Ballet Russe in Paris, it tells a story of the loves and jealousies of three puppets.

BBC Symphony Orchestra and conductor Sakari will perform music by Elgar, Venables-Bartok (with violinist Pekka Kuusisto) and Prokofiev. Prokoviev’s Symphony No 5 in B-flat major was composed in 1944 and resonates with the composer’s statement about music : “A hymn to free and happy Man, to his mighty powers, his pure and noble spirit”.

European Union Orchestra and conductor Gianandrea Noseda will perform music by Zubel, Chopin (with pianist Seong-Jin Cho) and Tchaikovsky. Tchaikovsky’s Symphony No 5 (1888) is a one of the most astonishing compositions of the romantic era music.

Baltimore Symphony Orchestra and conductor Marin Alsop will perform music by Bernstein (with pianist Jean-Yves Thibaudet) and Shostakovich. Shostakovich’s Symphony No 5 in D minor (1937) was premiered in Leningrad and received an ovation that lasted well over half an hour. It quotes Shostakovich’s song Vozrozhdenije [Rebirth], which uses a poem by Alexander Pushkin that deals with the matter of revival. This song is by some considered to be a vital clue to the interpretation and understanding of the whole symphony.

BBC Symphony Orchestra, London Voices and conductor Semyon Bychkov will perform music by Ravel, Berio and Stravinsky. Originally commissioned by Diaghilevs Ballets Russes, Stravinsky’s The Rite of Spring is one of his most colourful, vivid and beautiful compositions.

Berliner Philharmoniker and conductor Kirill Petrenko will perofm music by Dukas, Prokofiev (with pianist Yuja Wang) and Schmidt. Prokofiev’s Piano Concerto No 3 in C Major is one of the most technically challenging pieces written for piano. Composer himself played a solo part at the premiere in 1921.

Berliner Philharmoniker and a Russian-Austrian conductor Kirill Petrenko will perform music by Strauss and Beetheven.

Boston Symphony Orchestra and conductor Andris Nelsons will perform music by Bernstein (with violinist Baiba Skride) and Shostakovich. Despite Stalin’s attack on Shostakovich’s opera Lady Macbeth of Mtsensk and the cancellation of the symphony’s premiere, Symphony No 4 was finally perform in Moscow in 1961.

Please follow the link for all the further information.