Back by popular demand, Stage Russia and Pushkin House present a screening of The Vakhtangov Theatre’s Eugene Onegin, starring the incomparable Sergey Makovetskiy in the title role. 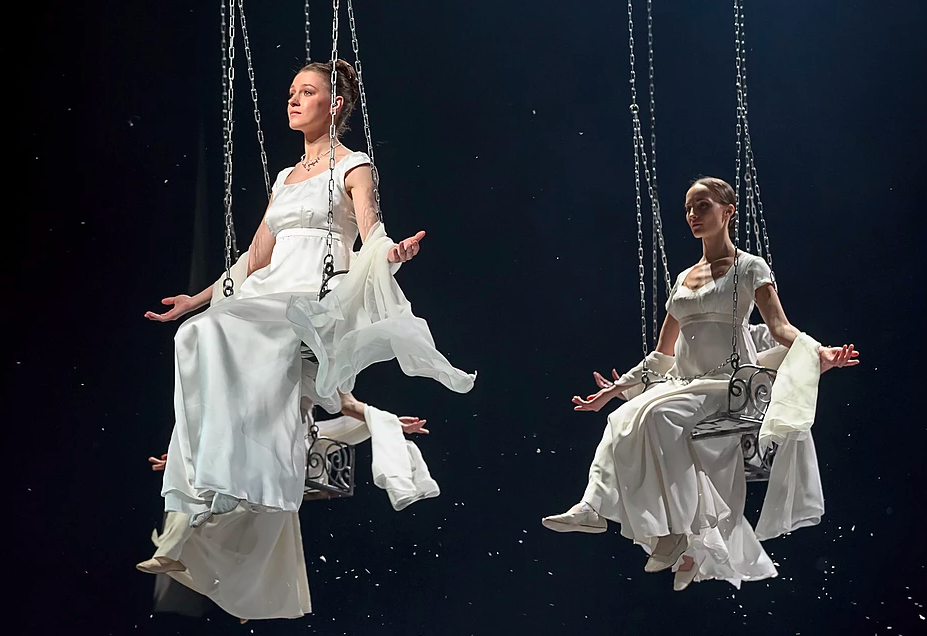 Eugene Onegin has often been referred to as an encyclopedia of 19th century Russian life. Rimas Tuminas’ reimagining unfolds in the memory and imagination of Pushkin’s characters. The images are split between past and present, between reality and imagination. The scale of the production constantly shifts from noisy celebrations to secluded contemplation, from crowd scenes to lonely recollections, all of which are drawn together from the past just like the fragments of Tatyana’s love letter, framed and hung on the wall, looming next to and above Onegin’s arm-chair.

A production referred to as “exuberant, indelible and arrestingly beautiful” by the New York Times, The Vakhtangov Theatre’s Eugene Onegin, starring the incomparable Sergey Makovetskiy in the title role, is a sumptuous work that will leave you with enough beautiful memories and images to last a lifetime.

Followed by Q&A with a Russian theatre expert Maria Shevtsova.