As part of the “Performers for Peace” event, an art historian Maxim Bokser is curating an exhibition of works by artists belonging to Russian Cosmism.

“Thinking about the exposition to accompany the concert of Russian and Ukrainian artists for the Humanitarian appeal at the Rudolf Steiner House I considered that one of the famous and now already eternal movements of the Russian art might coincide closely to the Steiner philosophy and could match the psychological tension of the present moment at the same time.

Russian Cosmism is a philosophical and aesthetic movement which formed in Russia at the turn of the 20th century and united thinkers, scholars, artists and all those who believed in the inevitable overcoming of the habitual confines on man’s everyday life and in the imminent breakthrough into the outer dimensions. Their ideas were very similar to Steiner’s and they attempted to find a synthesis between science, art and spirituality.

The first ideologist of Cosmism was Nikolai Fedorov who regarded the Universe as the future home for a united and transformed humankind. Having incorporated certain mystical and religious revelations, scientific and engineering discoveries, and avant-garde art solutions, Cosmism has become an embodiment of some deep-going traits of Russian mentality.

Selecting the works of the contemporary Russian artists for this exhibition I decided to give preference to well-known names rather than new ones. Sergei Shutov, Igor Shelkovsky, Viacheslav Koleichuk, Alexander Ney, Alexander Pankin and the other masters to be presented have long been recognized as outstanding artists. They are carrying on their own dialogue, intended or spontaneous, with the past masters of Cosmism. Gor Chakhal confronts the viewer with the problem of faith for which nothing is impossible. In the works by Konstantin Batynkov the Earth itself is presented as a UFO where some strange sort of life seems to be unable to complete the process of self-identification. It should be mentioned that each of the participating artists has written an authorial commentary for his work.

Artistic quality has been the main principle in selecting works for this collection. Relying on experience and sensibility I tried to present my favourite artists with their signature works as well as some characteristic works from the most fruitful past periods”. 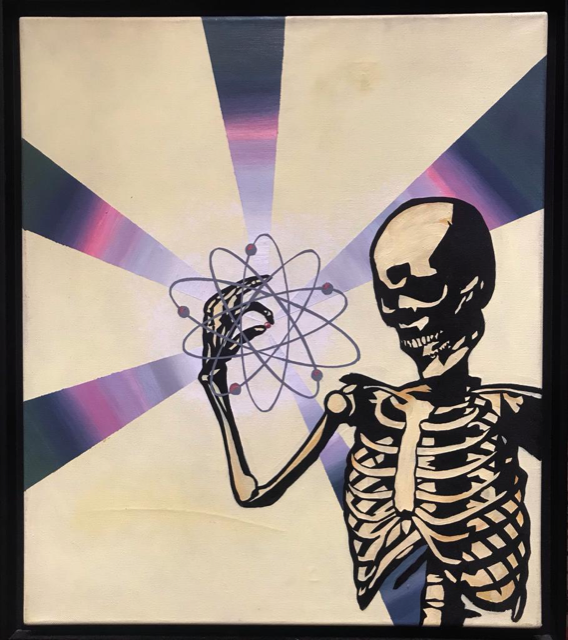 “Looking at this painting — which either glorify the peaceful atom or shudder at the horrors the atom can wreak when used for military purposes — you realize that there is nothing more archaic today than faith in scientific progress and fear of its consequences. No, science did not stop in the 190s and ‘70s, but for a man of our age who measures the advancement of technology by how sophisticated his laptop or cell phone is, science has irrevocably lost its mysterious and terrible metaphysical charm and, consequently, its ability to enrapture”. — Irina Kulik

Other Articles By Maxim Bokser 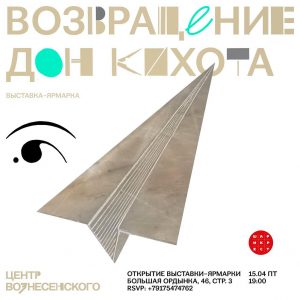 The Return of Don Quixote