Element: the special project for the Russian Art Week

On the occasion of Russian Art Week 2019,  «Element» explores the origin of the square and interpretations of it in contemporary times. Square, being one of the first shapes discovered by humans, has been used in ritual, alchemical and artistic practices throughout history all over the world. According to ancient beliefs, the four elements forming the universe are Water, Fire, Air and Earth. The square represented the Earth in most of the cultures and ancient religions. From ancient South America, through the Suprematist art, 2000 year journey brings us to the digital age, the structural element of which is a pixel.

Highlights of the exhibition include: 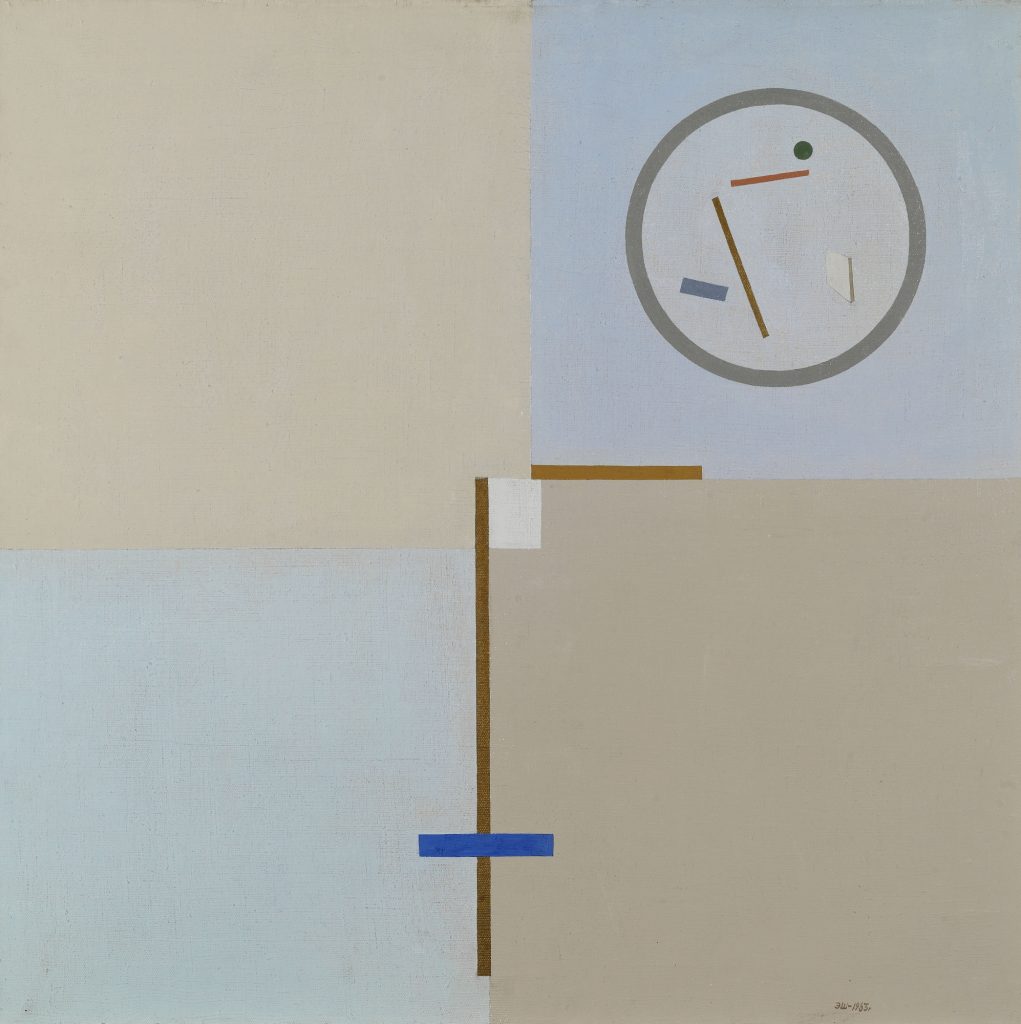 Painting of a Russian modern painter, philosopher and activist Eduard Steinberg. The artist was highly influenced by the practive of Kazimir Malevich. However, the colour contrasts of Steinberg’s art isless intense than that of Suprematists. Melancholic compositions give a sense of nostalgia and are often a tribute to modern masters such as Rothko and Kabakov. 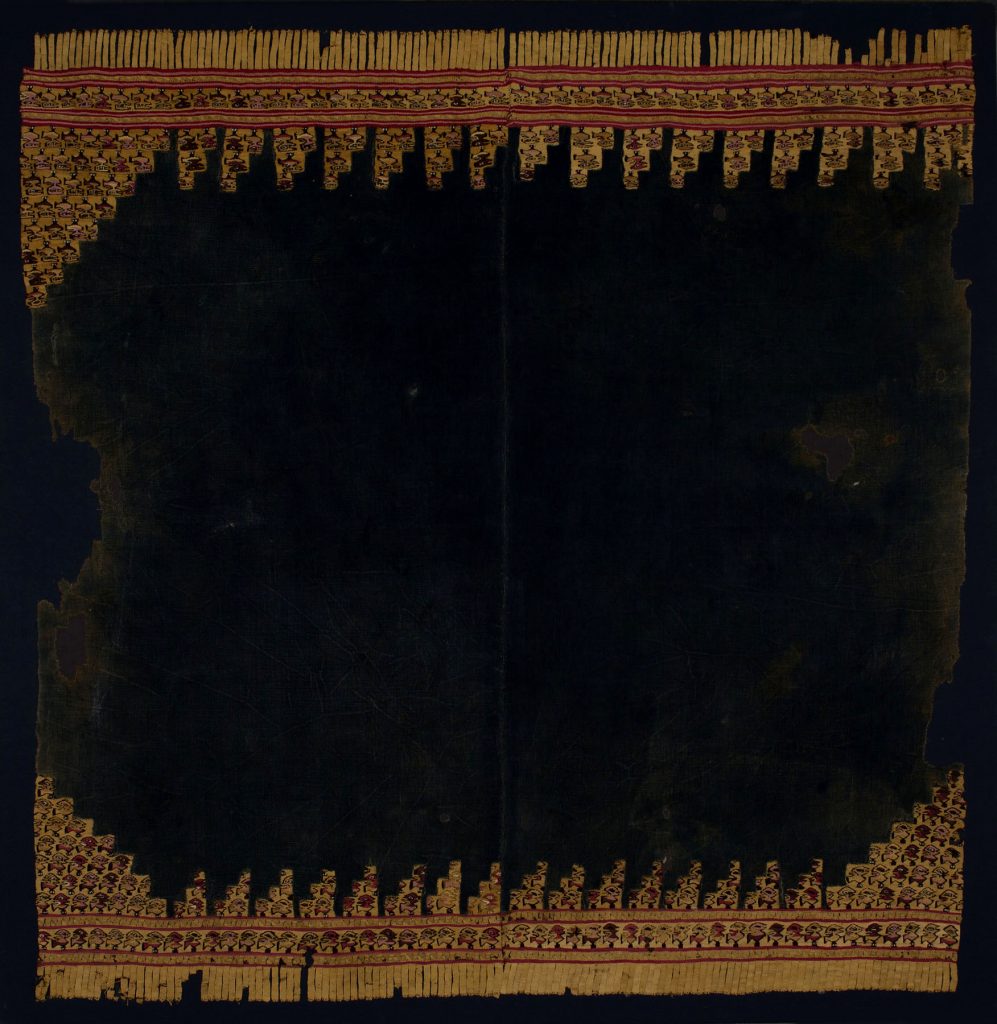 Pre-Colombian textiles that travelled through time and space are exhibited in London in order to expose one of the Geometric Arts origins that deeply influenced many artists of the 20th century including those of Bauhaus school, such as Josef and Anni Albers, who were collectors of this applied art. Elements of the ancient culture are well-preserved due to the climate conditions of South America. 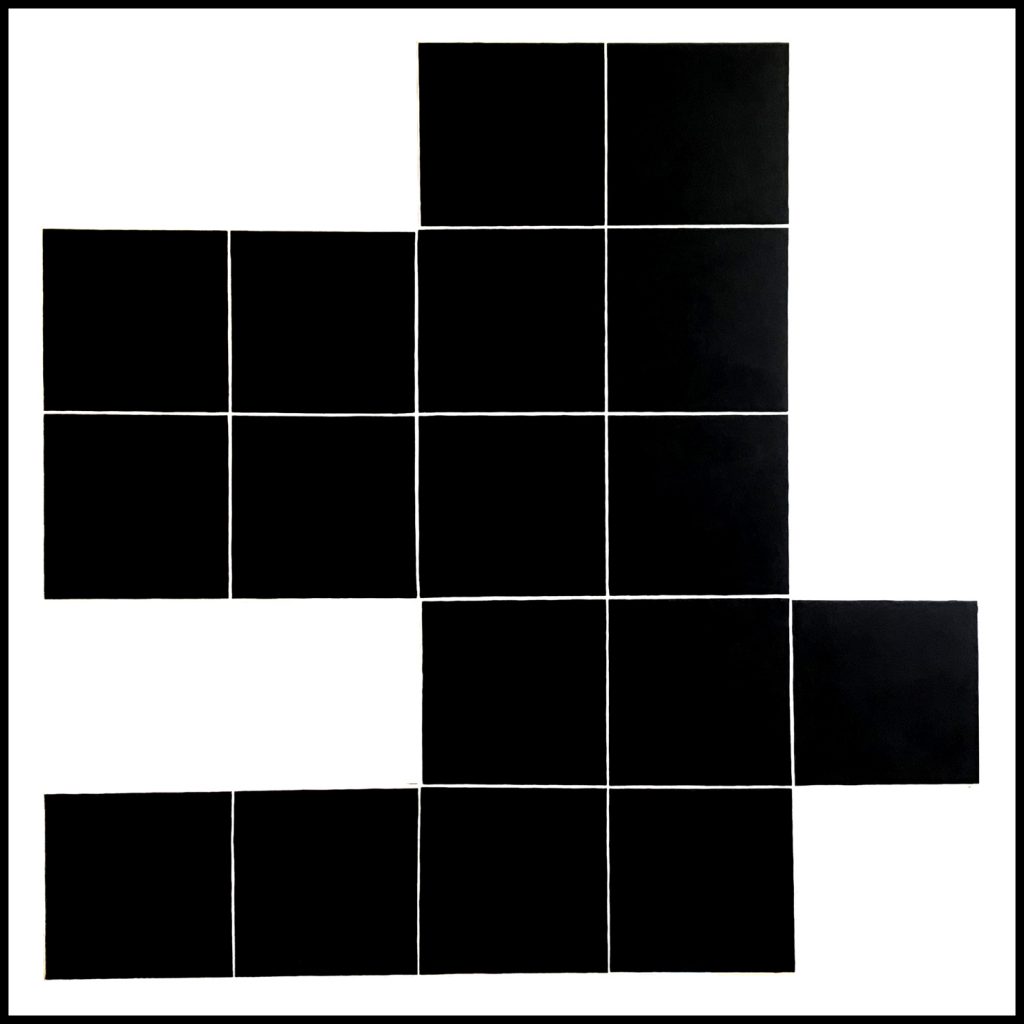 Works of a French contemporary artist Guillaume Gelot are based on different personal references that visually transformed into elegant black grid paintings. Ones can see logical mathematical structures, while others might consider it an art market critique. Before settling in Paris, Guillaume has been travelling consistently and has taken inspiration from different cultures around the world that are expressed in his art.

James Butterwick has been is one of the leading authorities on Russian Art in the West today. He takes part in museum exhibitions and reads lectures on Russian Art, including at the Tretyakov Gallery in Moscow. In 2013 James was voted into the Society of London Art Dealers and takes part in TEFAF and Masterpiece London.

Paul Hughes Fine Arts, which focuses on the arts of the ancient Andes, documenting the rich cohesive effect they had on society’s then and the confluences brought about by the interweaving of art disciplines over 3000 years.  Paul Hughes participates in Art Basel Miami and Frieze London art fairs. Works represented by Paul Hughes have been widely exhibited worldwide in private and public institutions including Foundation Cartier, Hauser & Wirth and National Museum of China.

1022Arts is a curatorial project of Anna Kanunikova and Mariam Mussakhanova, based in London. The aim of the collective is to generate cross-references by juxtaposing art of different media and eras. Fine and Applied arts created throughout the history until present day are exhibited together in order to create new discourses and discover new interpretations of artistic expression.