Dorich House Museum’s Winter Weekend 2022 is taking place on 1-3 December. Join the museum team for one of their talks or activities or simply stop by the museum to browse our pop-up shop, have cake and coffee in the Studio Café, and enjoy the Christmas tree in the Modelling Studio. See the highlights of the weekend below:

A Talk by Cynthia Coleman Sparke | Russian Revival Enamelling: An Overview of Styles and Techniques with a Focus on Feodor Rückert, Supplier to the House of Fabergé 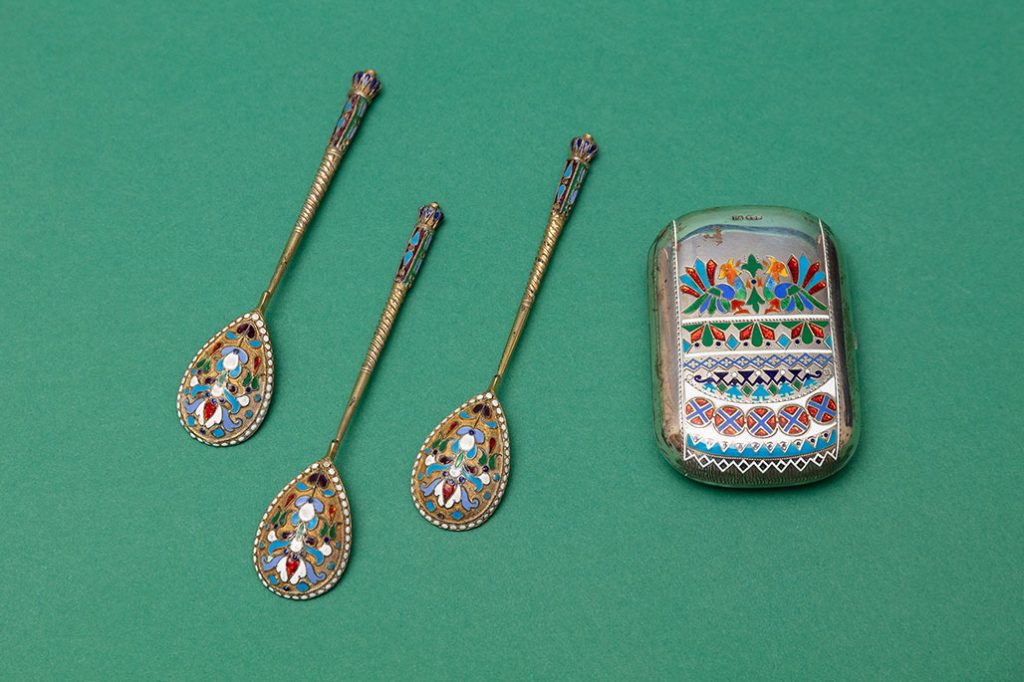 Feodor Rückert was a designer of Russian enamelware and a supplier to the House of Fabergé. For this talk, we turn from the glittering court of St. Petersburg towards heroes and maidens, racing troikas, and onion-domed churches set in snowy landscapes. The myths and fairy tales of Russia were distilled into objects created to satisfy Fabergé’s Moscow clientele. Their forms were drawn from the wooden implements of seafaring warriors. Meanwhile, their ornamentation was influenced by traders whose saddlebags brought textiles, metalwork and print sources to the capital. The resulting historic revival was embraced by the empire’s most successful merchants and industrialists. The turn away from Western influences and towards native traditions was reflected in the rich enamels of Rückert, whose work will be highlighted.

Cynthia Coleman Sparke is an independent researcher, author and lecturer on Russian pre-Revolutionary works of art. Cynthia was destined for a career in Russian art. Previously, Cynthia ran the Russian Department for Christie’s in New York and worked for Hillwood Estate, Museum and Gardens in Washington DC. This was followed by a project at the Alexander Palace in Tsarskoe Selo helping with the restoration of Tsar Nicholas II’s last residence. Her book Russian Decorative Arts was published in 2014 by the Antique Collectors’ Club. 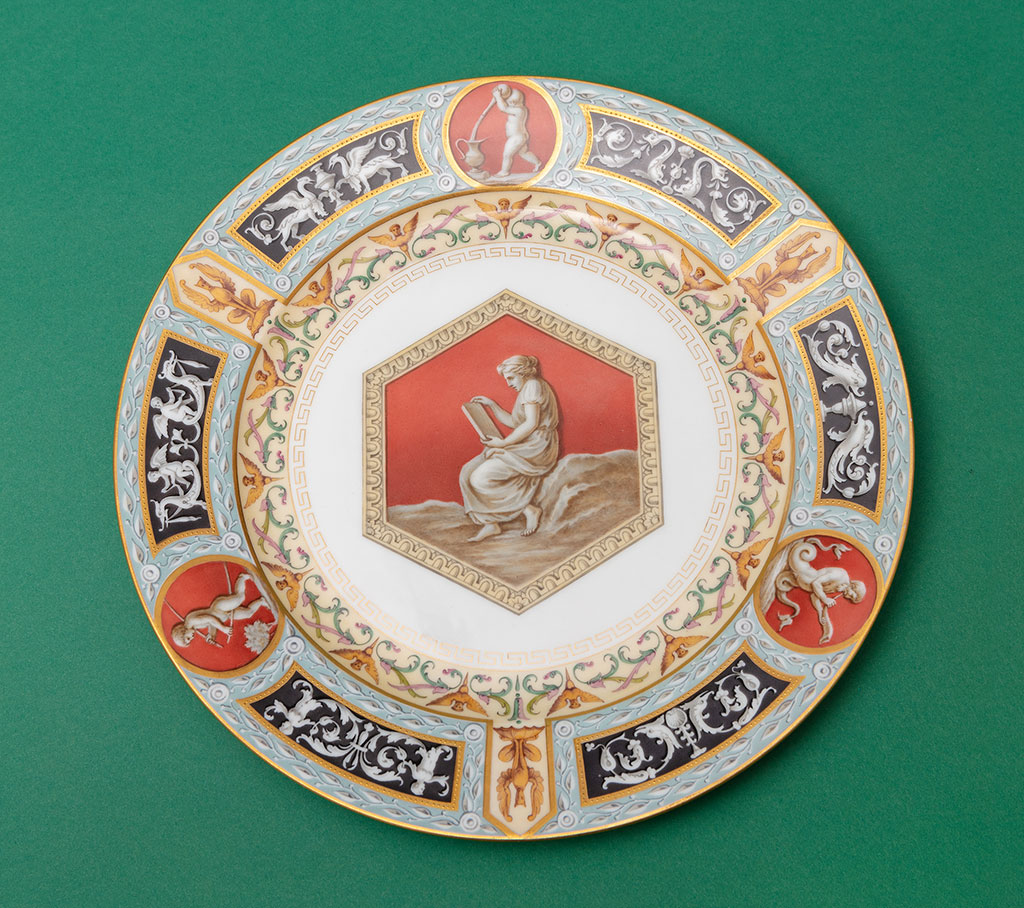 In 2022, Dorich House Museum was awarded a grant by Art Fund to research porcelain objects in the Dorich House collection. The fifty-one pieces comprise around a quarter of the whole collection and show a wide range of object types and designs from different makers and different eras of Russian imperial history. In recent months consultant art historians Louise Hardiman and Cynthia Coleman Sparke have worked together to assess the works and create a new set of catalogue notes, which will help to inform new museum displays, art historical interpretation, and future collection care. In this talk, Dr Hardiman will give an overview of the collection and highlight some key works and their place in the history of porcelain manufacture in Imperial Russia.

Dr Louise Hardiman MA (London) PhD (Cantab) is an art historian, writer, and lecturer specialising in Russian and Ukrainian art and the history of British-Russian cultural relations. Her current research mainly focuses on Imperial Russia in the late nineteenth and early twentieth centuries and the history of Russian Art in Victorian and Edwardian Britain. Dr Hardiman’s recent publications include Modernism and the Spiritual in Russian Art: New Perspectives (2017), The Story of Synko-Filipko and other Russian Folk Tales (2019), and Courtly Gifts and Cultural Diplomacy: Art, Material Culture, and British-Russian Relations (forthcoming). 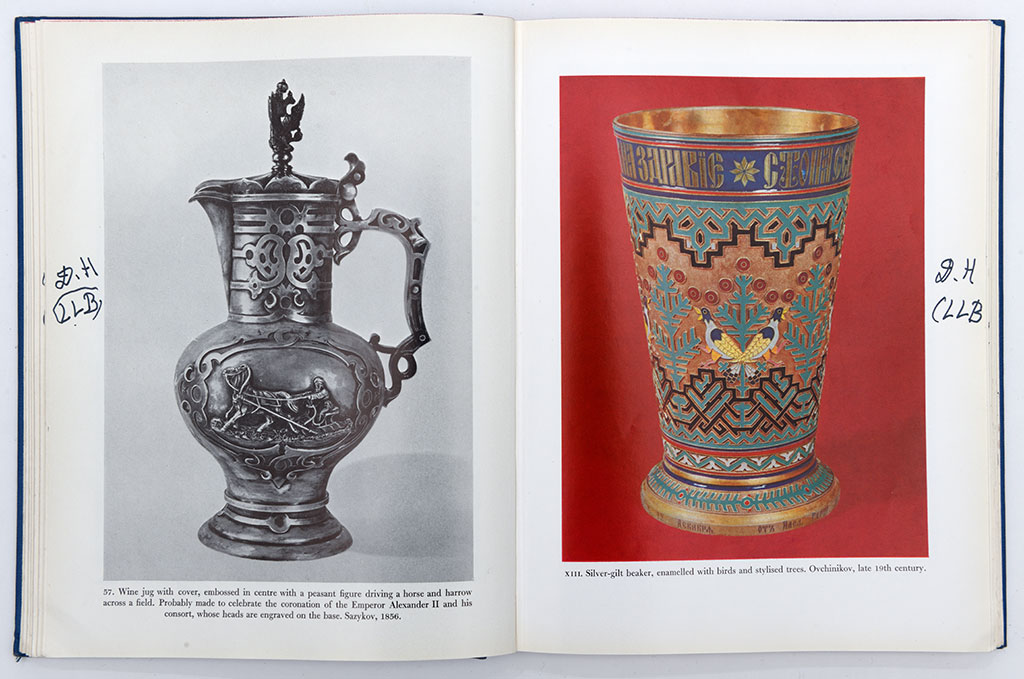 Richard Hare and Dora Gordine developed an extensive collection of Russian silver and works of art. As part of our National Lottery Heritage Fund project on the recent history of Dorich House our volunteers have investigated what happened to many of these exquisite pieces, a substantial number of which was stolen from Dorich House in a burglary in 1988. Most of the remainder was sold at auction in order to pay for the renovation of Dorich House, but a capsule collection was retained.

Alison McGregor, one of our regular tour guides, was involved in this research. She will talk about Hare and Gordine’s original collection, the burglary, and the sale of part of their collection at auction in the mid-1990s and then give a tour of the objects which remain in Dorich House today, highlighting some of her favourite pieces from our collection.