The Royal Opera House’s new production of Don Pasquale by Gaetano Donzetti delivers an equally contemporary message about the unchanging nature of our pursuits and desires. Don Pasquale is a simple but clever opera buffa (comic opera) with enthralling music. For those less acquainted with the pleasures of the opera, this particular opera makes for a fun and accessible introduction.

Director Damiano Michieletto and set designer Paolo Fantin have created a minimalistic masterpiece in this delightful production. With clever use of on-stage digital technology, simple Italian design and a timeless plot, the opera could have been composed yesterday. Little details – the rustic espresso maker, the authentic sun-lounger – transport the audience to the balcony of Don Pasquale’s neighbour.

The story of Don Pasquale was first heard in Stefano Pavesi’s opera Ser Marcantonio in 1810, based on a libretto by Angelo Anelli. Donzetti commissioned Italian writer Giovanni Ruffini to author an improved version of the original story. That Ruffini signed the score with the letters M.A (Maestro Anonimo) suggests that Donizetti had more input into the writing process than Ruffini had perhaps anticipated.

Don Pasquale is an old, rich (and somewhat portly) bachelor who impulsively decides to marry. But first he needs to marry off his lodger – his impoverished nephew, Ernesto – to have space at home for his future wife. Unaware of Ernesto’s love for the pretty but equally impoverished Norina, Don Pasquale finds the perfect bride for his nephew but is incensed by the inevitable rejection, evicting his nephew onto the streets. Don Pasquale is determined to marry as quickly as possible himself and reveals his intentions to his friend, Dr Malatesta, equally unaware that the Doctor is best friends with Ernesto and his beloved Norina.

Malatesta takes matters into his own hands, marrying Don Pasquale to his own sister, Sofronia. But the marriage is an elaborate coup, with ‘Sofronia’ really Norina in disguise – the perfect bride-to-be, she sets out to ruin the Pasquale’s life from the moment marriage vows are exchanged. Pasquale is driven to desperation and agrees to Malatesta’s proposal for Ernesto to marry Norina, supported by a generous allowance. Sofronia, is unwilling to share her house with another woman and threatens to leave, much to the Pasquale’s delight. Ernesto and Malatesta eventually reveal the truth to Don Pasquale about the sham marriage and the identify of Sofronia. He is upset but ultimately relieved to be a bachelor once again.

Bryn Terfel played the title role in a powerful, captivating performance that evoked more sympathy for the Pasquale’s deception than disapproval for his behaviour towards Ernesto. Terfel’s fluidity and mastery was matched, even exceeded, by Russian soprano Olga Peretyatko, making her Covent Garden debut. Despite a slightly nervous start, she relaxed into the role and delivered a formidable performance of this demanding vocal part. Her pleasure in ruining Don Pasquale’s life was so convincing that it was hard to imagine it could be acting.

It was equally hard to imagine how poor, simple Ernesto could ever be a match for this lady of cunning, ambition and unashamed flirtation were there ever to be a sequel. Ernesto, sung by Romanian tenor Ioan Hotea felt somewhat inexperienced in comparison with Peretyatko’s Norina. Dr Malatesta, sung by Austrian baritone Markus Werba felt perhaps a more suitable candidate for Norina’s hand – their marriage would certainly have been full of endless intrigue, with Werba’s Malatesta somewhat resembling Iago from Othello, despite his good intentions. 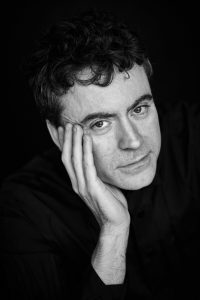 Instagram
Looking for your next #career move in #academia?