This week three Russian documentary films will be screened at Pushkin House as part of the Doker FilmFest curated by Sergei Kachkin, an independent filmmaker based in Moscow and one of the organisers of independent Moscow International Documentary Film Festival DOKer. 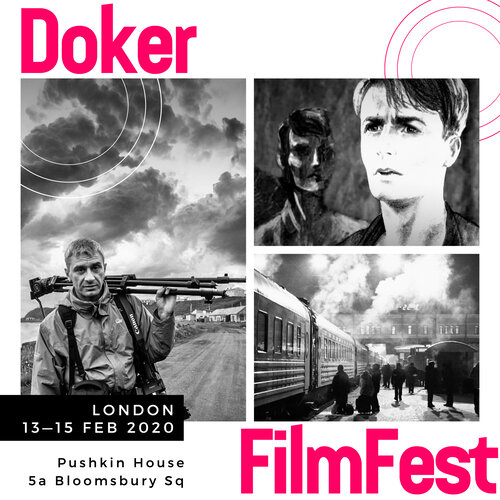 KAMCHATKA – THE CURE FOR HATRED

A film portrays Vechyaslav Nemyshev, a military news reporter and a writer. He is a typical representative of the generation of people badly abused by the Chechen War. And, having been there 27 times, he was not able to come back to normal life and he just ran away to Kamchatka. He was filming this “experiment on himself” for two years in hopes that he would find the answer to the question “How to get rid of the nightmare inherited from that war?” The film won the XXVII International Festival of Documentary Films in Amsterdam IDFA in the nomination “Best Mid-Range Film” in 2014.

The film tells the story of the tragic life of the actor Dmitry Konsovskiy. He was arrested on the night of December 2 of the year 1934. He found himself imprisoned in Butyrskaya jail, just a couple of hours after he had finished discussing with Abram Room his performance in the main scene of the movie “Strogiy yunosha” (“A Strict Young Man”). Konsovskyi had a short life, but managed to direct a play in Vakhtangov theatre and to perform in eleven movies. Many of them have become classics of Soviet cinema.

A documentary film which recounts the lives of passengers travelling on the longest rail route in the world – the Trans-Siberian Railway. The director tells the stories and fortunes of ordinary Russians met by chance on the Moscow-Vladivostok train. The endless journey is a metaphor of the country in perpetual motion, while the passengers’ stories form a social portrait of contemporary Russian society.

All films will be introduced and followed by a Q&A with Sergei Kachkin, one of the organisers of DokerFest.

Sergei Kachkin is a graduate from Marina Razbezhkina’s School of Documentary Film and Theatre. Since 2006 he has worked as a director, producer and cinematographer of documentaries. He is head of the project department of the Moscow Co-Productions Forum Moscow Business Square (since 2011), which was held in the framework of the Moscow International Film Festival. The organizer of an educational seminar in Perm Flahertiana ADA Workshop. The premiere of his first feature film On the way home was held at the Krakow Film Festival in 2012. Subsequently, the film was shown on dozens of TV channels in the world. In 2016 he completed his latest film Perm-36. Reflection, which was shown at Pushkin House in 2018.