The exhibition at the Braccio di Carlo Magno in the Vatican Pilgrimage of Russian Art: From Dionysius to Malevich is a rare and unusual loan from the Tretyakov Gallery in Moscow following a reciprocal loan from Vatican’s Pinacoteca to Moscow. The exhibition showcases 54 masterpieces of Russian art and seems too good to be true. Some of the paintings have left the Tretyakov gallery for the first time.

Symbolically located within the extended arms of Bernini’s colonnade, the exhibition which has already been coined as ‘diplomacy of beauty’ seems to have a political message of building cultural and spiritual bridges. It also seems a benevolent act of the Vatican to stage such exhibition for free despite its small scale. Some of the iconic masterpieces of Russian art featured in the 2017 Royal Academy exhibition Revolution: Russian Art 1917-1932 for an expectedly hefty entrance fee.

The display is set out in a long gallery which physically takes one on an artistic journey of Russian art from the Orthodox icons, opening up with the icon painter Dionysius, and concluding with what appears to be also icons. Petrov-Vodkin’s Petrograd Madonna is what she claims to be and not an ordinary bystander, despite the modernist asymmetric composition and the elevated viewpoints. Likewise, Malevich’s Black Square, a seeming radical statement of modernism, is also an icon of a sort. It was originally displayed by the artist in the corner of the room – the place reserved for the images of the Virgin in domestic Orthodox settings. 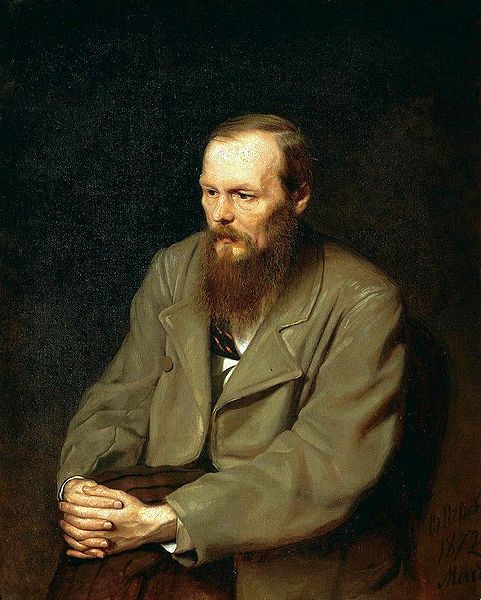 The significant location of the exhibition leaves mark on its interpretation and perception. What is presented as a brief overview of Russian art inevitably appears to have a narrative about the spiritual journey of Russian art and the subject of human condition against the context of Christian faith. The message that is presented by the curators is of art that had not stopped to be preoccupied with the divine. Despite the exhibition’s amalgam of the religious and secular, even Soviet, no painting seems to be out of place. Perov’s famous Portrait of Dostoevsky presides as a patron over the display. After all, he was an ultimate philosopher of the human condition, despite in literature. Dostoevsky was particularly moved by Christian art and left a famous account of his encounter with Holbein’s Dead Christ. 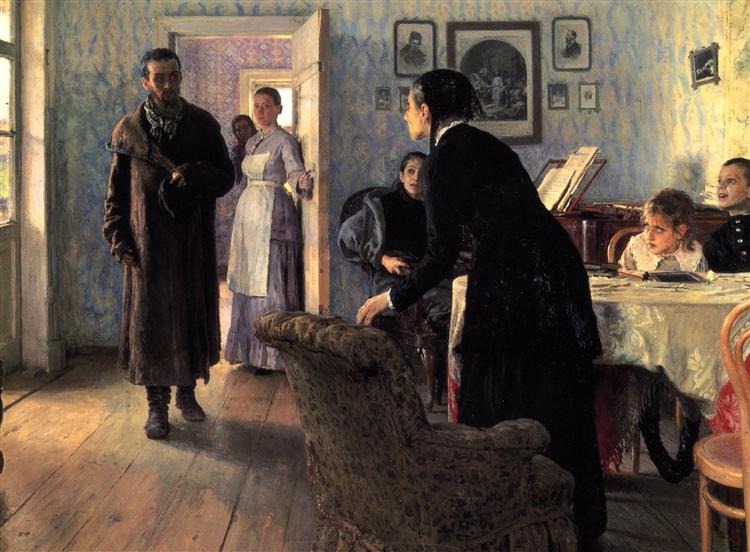 Even Repin’s Unexpected Visitors emerges as more than a genre painting when entering into the dialogue with the nearby religious paintings and icons. The dishevelled visitor enters the household like Christ and the hosts are as surprised as in Ivanov’s The Apparition of the Messiah.

Alexander Ivanov. The Appearance of Christ Before the People (The Apparition of the Messiah). 1837-1857

Besides reflections on faith and the human condition, the unique stylistic journey of Russian art becomes apparent too. Due to the chronological layout of the exhibition, one cannot help but draw parallels between the stylistic stages of Russian and Western art. For instance, Ivanov’s The Apparition of the Messiah is painted at about the same time as Gericault’s The Raft of the Medusa.It is not the scale that invites the comparison, but the preliminary sketches of physiognomies that both works are famous for and they are the ones that leave a great visual impact on the viewer in Ivanov’s painting. Whilst Gericault’s is a contemporary disaster, with its admittedly apocalyptic implications, Ivanov paints a Biblical event at the outbreak of Modernity in art.

Perhaps, it is the ideologically-charged setting that invites generalisation about the display. Masterpieces of Russian art appear detached and timeless. We are welcomed by the icons that are detached from the preoccupations of realism and continue through to the paintings that are detached from the preoccupations of Modernism. Even Kandinsky was really only seeking the spiritual in art which happened to pave the way into pure abstraction!.. 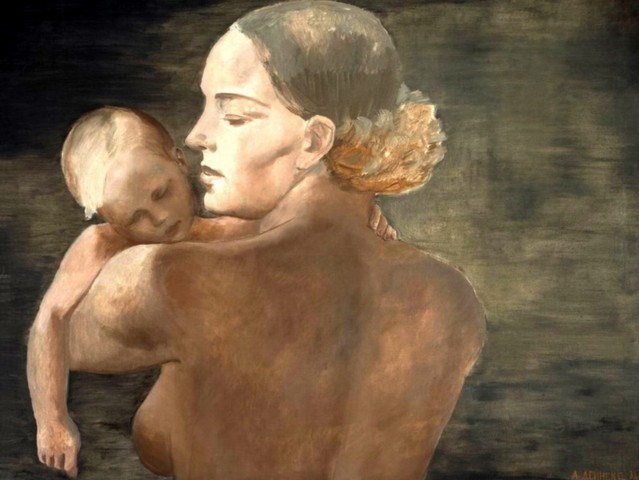 However, the overarching spiritual meaning is not necessarily imposed by the hosting institution. Even Deineka’s mages of sport which did not make the selection would not be out of place to conclude the exhibition despite their overt reference to the Soviet secular culture. As Michael O’Mahony argues in his book Sport in the USSR: Physical Culture – Visual Culture  – there has never been a break in tradition in Russian art from the Orthodox icons where sporting female icons are based on the key elements of Orthodox iconography of the Virgin Mary. There is an enviable persistence of the influence of Christianity in art all the way up to Malevich despite ideological changes which is, unsurprisingly, embraced by the Vatican.

However, above all, it is an eye-watering amount of big names and titles in one place that cannot be missed when in Rome…