Tonight Sadler’s Wells will host the the first UK showcase of the CONTEXT festival, established by prima ballerina Diana Vishneva. Showcasing the best of Russian contemporary choreography, CONTEXT programme features world premieres, rare collaborations and critically acclaimed productions by both recognized and emerging choreographers. Having taken Moscow and Saint Petersburg by storm, CONTEXT starts its international tour in London. RA+C met with Diana Vishneva to talk about contemporary dance, its role and place in Russia and the performances that she chose to bring to the UK.

Diana, could you tell a bit about the history of the festival and why you decided to launch it.

The idea of the festival appeared a long time ago. I visited the famous Wuppertal Festival where I had an honour to work with Pina Bausch. I remember how amazed I was with its atmosphere of complete immersion in the dance, theatre and art. I thought it would be great to have something like this in Russia.

The idea gradually developed and was realised in 2013. We started with 3-day event and now it is 2-week long dance marathon that is held in different cities and presents the diverse programme. While CONTEXT has changed and become bigger, both in terms of its repertoire and geography, its goals remained the same. CONTEXT is about helping young Russian choreographers to create the platform for polish their skills and testing their ideas. It is about bringing the best choreography from all over the world to Russian viewers. It is also about bringing together artists, choreographers and all those interested in dance to exchange opinions and knowledge and contribute to each other’s development.

It is very important for me to develop these ideas not only in Moscow and St Petersburg, but also in other regions of Russia where contemporary dance is not on its peak. We held gala-concerts in Perm and Ekaterinburg and organised workshops in Norilsk. It is a good start, but we have much more plans for working with the regions.

CONTEXT has already gained its reputations and attracted a lot of fans in Russia. What have you prepared for London audience who might not yet be familiar with the festival?

For our first international tour we decided to create the programme that will reflect the diversity and richness of the current state of contemporary dance in Russia. Tonight you will see the productions of the new generation of Russian choreographers – Dor Mamaly and Darius Novak – and the winners of our competition for young choreographers of different years – Vladimir Varnava, Olga Vasilieva, Konstantin Keikhel, Olga Labovkina and Pavel Glukhov.

The special treat tonight are the excerpts of the ballet Nureyev, which premiered on the historical scene of the Bolshoi Theatre in December 2017. This widely talked about performance came out of the collaboration among choreographer Yuri Posokhov, director Kirill Serebrennikov and composer Ilia Demutsky. For me it is one of the most significant and outstanding works the appeared on the Russian dance scene in the last few years. It is a performance-recollection, performance-homage to the greatest dancer Rudol Nureyev which was developed on the intersection of dance and theatre. The dancers of the Bolshoi will perform “Letter to Rudi. Diva” – a reference to the images of Natalia Makarova and Alla Osipenko – and “Letter to Rudi. Student” – an allusion to Nureyev’s students and colleagues – Charles Jude, Manuel Legris and Laurent Hilaire 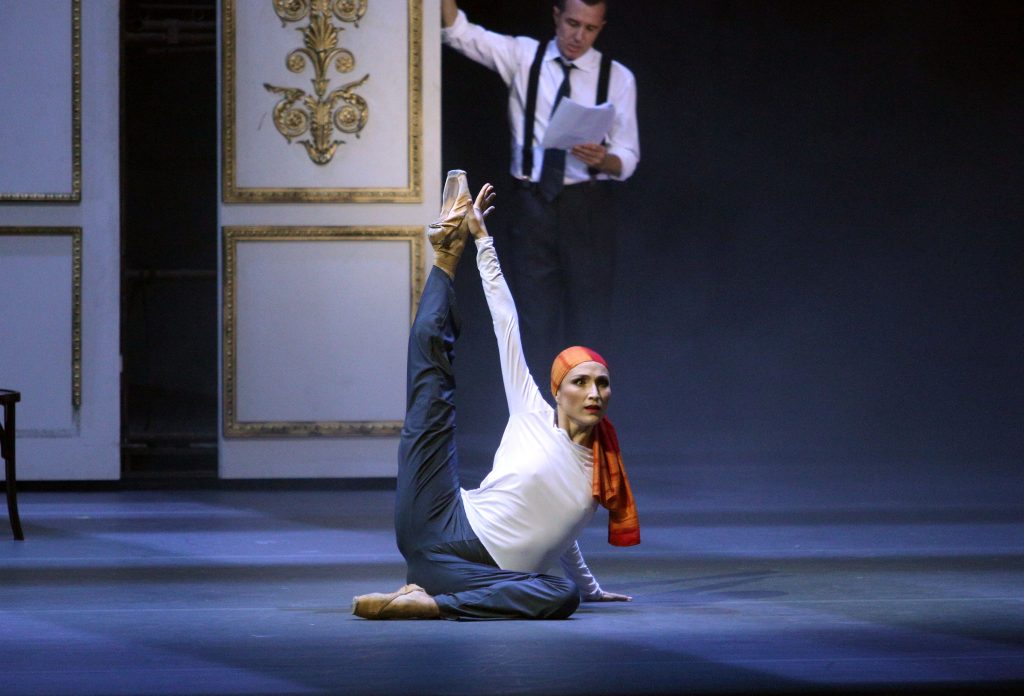 Another important part of the programme is Asunder – a special production staged by renowned Spanish choreographer Goyo Montero, which will be performed by the wonderfull dancers of Perm Theatre. We are especially please to bring it to London as it was our first independent project and this year it was nominated for the Golden Mask, the major theatre award in Russia.

I will also be on stage tonight. Together with my incredible partner Marcelo Gomes I will perform Vertigo by Mauro Bigonzetti staged to Shostakovich’s music.

Do you think London audience is different from viewers in Russia and do you think your festival will be received differently?

We will see tonight how the London viewers will respond. I am very curious about it as previously I appeared in London as ballerina of the Mariinsky theatre and am better known for the classical productions.

In regard to comparison of the viewers in two countries, I shall point to a lot of similarities in terms of knowledge of classical and neo-classical ballet that dominate the repertoires of the major theatres here and there. For Russian viewers it is Marius Petipa, Yuri Grigorovich, Leonid Lavrovksy, Leonid Yakobson; for London viewers it is Frederick Ashton and Kenneth MacMillan; but in both countries people are well aware of what dance is. In London people probably are more exposed to contemporary choreography. After all the leading contemporary choreographer Wayne McGregor is the Resident Choreographer of The Royal Ballet. 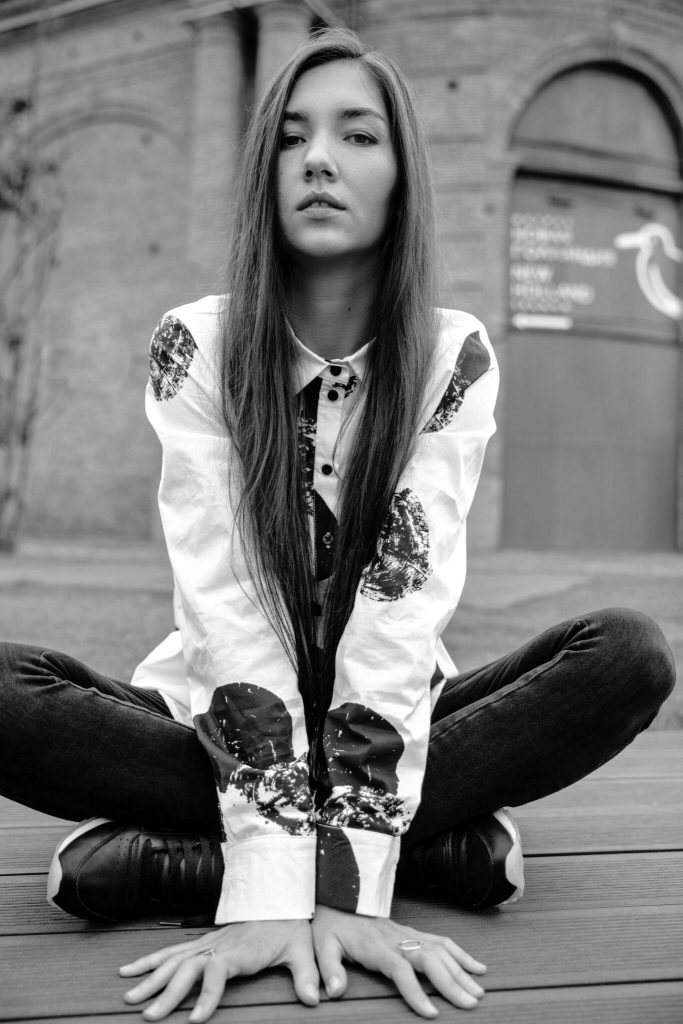 As part of CONTEXT you also organise screenings and educational programme. Do you enjoy the role of an educator? How can you comment on the level of knowledge in the field of ballet among the unprofessional audience?

To be regarded as an educator is the best compliment and the proof that Context is developing in the right direction.

Classical ballet is of course in our blood. It has a huge history in Russia taking its roots from Petipa and the golden age of Russian ballet. In contemporary dance we are slightly lagging behind. Thus, there is not enough of knowledge. But now this situation is changing considerably. There is an upsurge in the development of the contemporary dance and we can see the rise of the new very interesting generation of choreographers. Every year the leading ballet groups from all over the world tour to Russia. Viewers are keen to know more and get more exposure to different types of dance. In the last 10 year the level of engagement of Russian viewers and their understanding of contemporary ballet has improved. Festivals such as CONTEXT play a great role in it. The screenings of dance performances also make ballet more accessible. Now even in the remote parts of the country one can enjoy the Bolshoi’s Swan Lake or ROH’s Manon.

Could you comment on the Russian system of ballet education? Is it different from the one in the UK?

No doubt that in Russia we still have a very strong classical school. But education in contemporary dance is slightly falling behind. While theatres now pay more attention to contemporary repertoire, it is not the case in schools. Of course, it is a matter of time. It is a huge process, which cannot happen in one night. The new generation of young creative artists and choreographers have innovative inspiring ideas, but often lack mentoring in their development.

CONTEXT aims to facilitate this development. We are providing the opportunities to acquire new knowledge and bring the ideas to the stage. It is important that it happens on the small scale and allows young choreographers to get some experience and practice before coming to the big stage. For example, in 2017 in collaboration with Studio Wayne McGregor we organised a laboratory for choreographers from all over Russia. 5 selected participants presented their works to the tutors of the studio. It was important that these productions were shown to public, so we organised a large gala-concert in New Holland Island, St Petersburg. As the result, one winner got the 2-week practice in Studio McGregor .

The great role in the education is played by the government. I know that the UK and France have regional state-supported schools and centres of contemporary dance, local structures of festivals and laboratories. There is no such system in Russia yet, but we are moving in this direction. 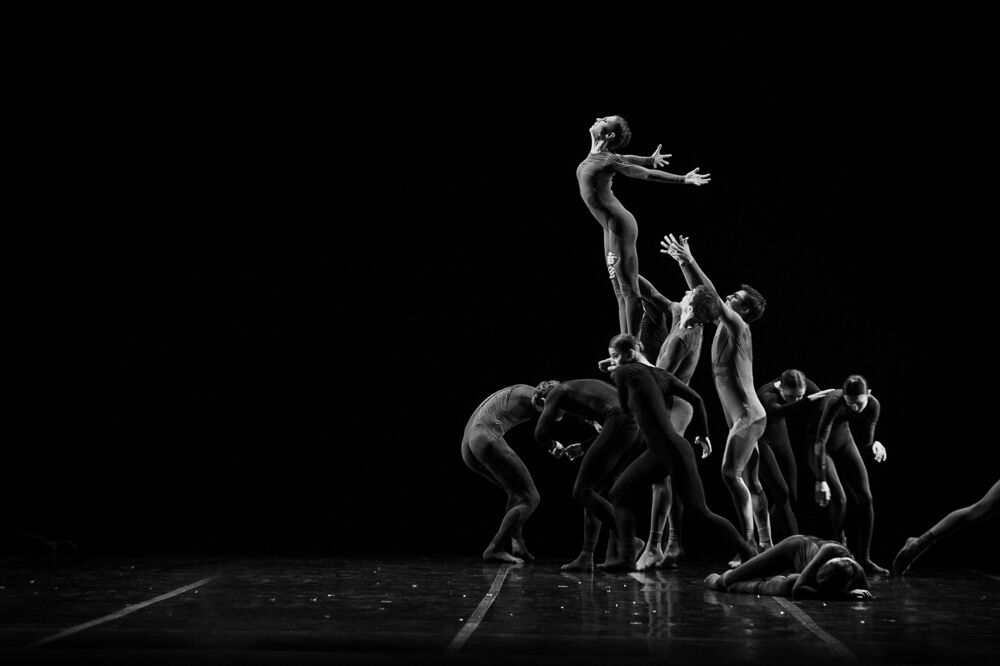 Do you often work with young choreographers?

Not that often, to be honest. If we are talking about my participation in their productions, then I should mention the role of Petrushka, which I performed in the ballet of the first winner of our competition Vladimir Varnava. I also took part in the production Divertissement of the King by young choreography from the Mariinsky Theatre Maksim Petrov.

Of course, I am always open for suggestions and am ready to support young talents. With the help of the festival I meet many young choreographers and try to stay in touch helping them when I can. I see it as my main role, namely to give the choreographers the opportunity for development and improvement of their skills.

Looking back what was the most important event of CONTEXT and what are you looking forward to?

I am looking forward to every new festival because we are constantly developing, experimenting and are not afraid to risk. There were plenty of important events and it is hard to point to only one. For example, I can mention the visit of Martha Graham Dance Company. The legendary  dancer never visited Moscow, but I am so happy that we managed to bring one of her most known performances to the city. It was particularly significant for us as the company came to Russia on the year of their 90th anniversary.

Another outstanding event was the visit of Mats Ek and Ana Laguna, which happened after they announced the end of their professional careers. Their consent to come was very important for me. Ana Laguna performed alongside Ivan Autseli in Axe,one of the latest works of Mats Ek. And he choreographer himself held a large-scale meeting with the viewers.

Alessandra Ferri, Aurelie Dupont, Herman Cornejo, Drew Jacoby participated in our gala-events. We also organised thematic evenings. For example, there was an evening of Dutch Masters of Dance, where we brought together the best works of Dutch choreographers including, of course, Hans van Manen. Looking back, I can say that we were the first to introduce Marco Goecke to Russian audience, when we brought his work Nijinsky. I performed in his powerful solo-dance Tué. We were also among the first to organise the tour of Nederlands Dans Theatre. And last year we invited Batsheva Dance Company to perform the recent and very strong work by Ohad Naharin Venezuela; and the National Ballet of Canada to perform the work by Crystal Pite. The plays of this choreography were very much awaited in Russia.

The most important feature of CONTEXT is its multi-faceted nature which combines with the diversity of views and approaches to the contemporary dance, which it represents. Everyone can find something that they like or find inspiration in something new. 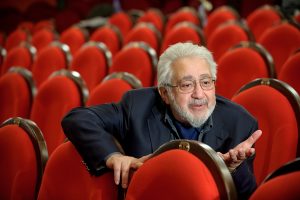