Death as deference to difference

Welcome to week 7 of our Virtual Artistic Residence with Yulia Savikovskaya.

“It seems that every re-opening of an opera house is nowadays an event bringing hope to audiences. Whereas Finnish Opera House in Helsinki has opened with the production dedicated to the new coronavirus (a re-working of Mozart’s Così fan tutte), Mariinsky Theatre decided to stay on a more conservative side and explore the rich tradition of Russian music. The spring of 2019 witnessed the outstanding Festival at Mariinsky Theatre dedicated to 175 years since the birth of Nikolai Rimsky-Korsakov. He was a composer who largely defined the development of music in St Petersburg in the second half of the 19th century, with his student Igor Stravinsky having later traced the line between the richness of Russian music and modernity of the 20th century. Almost all operas of Rimsky-Korsakov were shown at the festival last year, but one was missing – “Snegurochka” (The Snow Maiden) created in 1881, and premiered at Mariinsky in 1882. Valery Gergiev cherished plans of making a new production of this opera ever since its previous version (2004-2019). The crisis of this spring didn’t stop preparations for the premiere: it was the third collaboration of the director Anna Matison with Mariinsky Theatre, where she previously staged Rimsky-Korsakov’s The Golden Cockerel (2014) and Claude Debussy’s Pelléas et Mélisande (2019).

All operas staged by Matison have a foundation in poetry or drama – Pushkin, Maeterlinck and now one of Russian’s most renowned playwrights – Alexander Ostrovsky. Snegoruchka is one of Ostrovsky’s most unusual plays as it stands out of his canon full of family dramas veering either into a tragedy or a joyfully comical. Snegoruchka is a fairy tale that draws on a particular folk story taken from the second volume of Alexander Afanasyev’s famous collection. The language is very rich, outstandingly poetical with archaic words and Slavonic imagery that might be difficult for non-Russians or even modern young people to understand. There is a world of God-like characters representing forces of nature – the invisible, but ever-present Sun (Yarilo), the Grandfather Frost, Spring Beauty – and the world of people – Tsar Berendey, Mizgir, shepherd Lel, Kupava – and Snegurochka who doesn’t belong to any of them. Initially Ostrovsky’s play was performed with Tchaikovsky’s incidental music in 1873, and it was only in 1881 that Rimsky-Korsakov got inspired by the story. In writing his opera that was completed in several months he was drawing on operatic traditions formed by Mikhail Glinka at the same time planting seeds for Stravinsky’s The Rite of String, where there is also a sacrifice of a maiden. Rimsky-Korsakov reveals deep knowledge of folk rituals, extensively introducing songs and dances into his score. However, there is also a connection with Western music tradition, as the composer, similar to Wagner, introduces a system of leitmotifs, distinguishing between Gods (forces of nature) and people vaguely resembling The Ring of Nibelungs.

With this opera drawing so heavily on Russian folklore, while still being a unique individual creation, it is important for the director to balance an interesting interpretation, respect for Rimsky-Korsakov’s music and attention to folk music and dances. Anna Matison was able to reach this harmony, enriching the production with her individual style full of gentle nuances, tragic overtones, deep understanding of music and veiled humour. For Matison it is again a story of tragic love that is fragile and doomed to death from the moment of its inception (as in Pelléas et Mélisande) and of enstrangement, as in The Golden Cockerel, where the director presented the cockerel as a teenage observer of a strange kindgom portrayed with exaggeratedly satirical overtones.

In Snegurochka we witness how tragic it is to be different from others. Matison, while aiming at both children and adults, manages to present the part of Snegurochka as almost that of the messiah whose message and purpose of existence remains unknown. While the opera has unusually rich choreography (by Radu Poklitaru and Ilya Zhivoy) drawing on Russian folk dances and rutials, and beautiful choral singing (chorus masters – Konstantin Rylov and Nikita Gribanov), it manages to look and sound modern and pertinent to us. Matison chooses a peasant’s house as a structural metaphor for many of the scenes, and designer Alexander Orlov creates one that has huge lumber constructions moving out in triangles to different sides of the stage, as though opening up into a space for action. The house is a place of safety that is silently there during the carnival of the Shrovetide when huge dummies are burnt and pancakes are eaten.

There is also stability of custom in Berendey’s throne that clearly resembles a stove from Russian folk tales. However, a huge earth-like spheres of either the Moon or the Sun are looming over proceedings to create a sense of impeding tragedy. Matison and her team show that actions of natural forces are inexorable and incomprehensible: they can both harm Snegurochka and bring disaster to people who silently witness her death. While the final scene is meant to be positive, a huge globe of Sun approaching the celebrating crowd from behind could be viewed as punishment for human deafness and unresponsiveness to arrival of Snegurochka rather than a happy ending.

Inside the frame of opposition between humanity and nature there are stories of longing, passion, attraction and discovery of love. The shepherd Lel (Ekaterina Sergeeva), Kupava (Ekaterina Sannikova), Mizgir (Vladislav Kupriyanov) and Snegurochka (Olga Pudova) each have their own stories: betrayal for Kupava, sudden infatuation leading to death for Mizgir, revelation of love for Snegurochka and cristallization of feelings for Lel. Matison’s production is detailed and nuanced in tracing these paths of passion and suffering. Snegurochka’s part, sung exquisitely by Olga Pudova, begins with a teenager on roller skates watching TV and playing with her dolls, always carrying a little white balloon as a symbol of her soul. In the end Snegurochka ‘melts’ on stage after becoming a beautiful, blossoming woman in love. The flower she gives to Lel and then collects after he throws it away is a symbol of her fragile emotion, which later transforms into a red wreath that allows her to finally feel and love.

Snegurochka’s psychological path resembles the process of melting in slow motion, and Pudova shows it with incredible talent and gentle intelligence. Other characters’ inner essense remains the same throughout the piece: shepherd Lel who bathes in women’s attention, passionate and betrayed Kupava, powerful stranger Mizgir who deals with a new unexpected force of love – there is a very poignant and eery moment when he sees several snegurochkas, having been blinded and misled by his feelings. The singers, especially Ekaterina Sergeeva as Lel, leave indelible and powerful impression. Masterful conducting by maestro Valery Gergiev, sensitive to changes of mood and waves of emotion transcribed in instrumental scoring, contributed to the overall sensation of beauty, surprise and fulfilment. It is no wonder that Rimsky-Korsakov considered this opera his best creation. This production manages to be both uniquely Russian and internationally viable, and is a feast for eyes and ears bringing emotions to children and adults. It is a wonderful way to start a new season for Mariinsky Theatre. 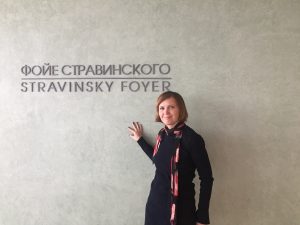 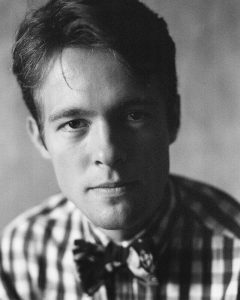