Our new contributor, Lefteris Makedonas, is bringing to your attention the review of the two Soviet sci-fi movies screened during the 61st Thessaloniki International Film Festival in 2020. Today we are sharing the second review on Dead Man’s Letters (1986) by Konstantin Lopushansky. 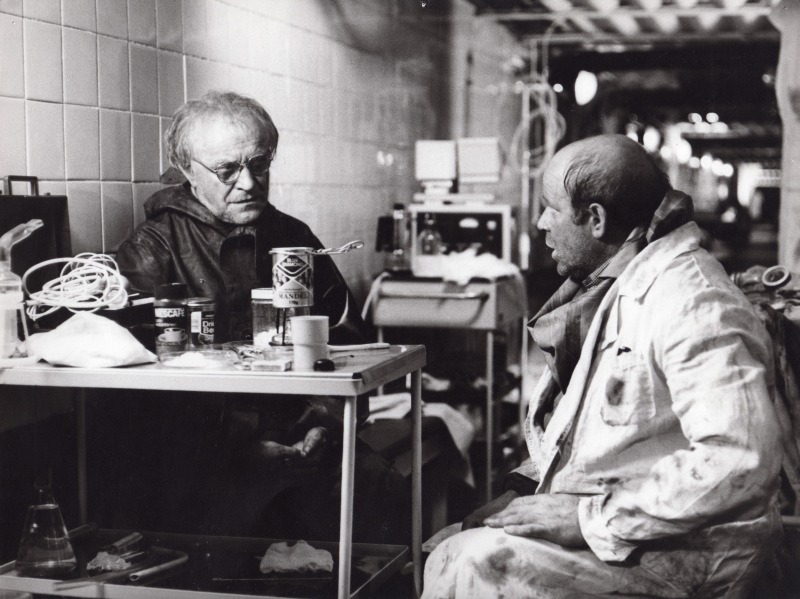 A nuclear disaster has created a horrific post-apocalyptic landscape on Earth. A dense radioactive fallout covers its surface. People are obliged to live underground; only the healthy ones are admitted in the bunkers; those who have already been affected by the radioactivity are left alone to settle in makeshift underground shelters, or ambulate on the surface in search of the scarce food, medicaments, and other staple goods. An illegal black market thrives under the constant threat of the omnipresent security forces. After the disaster, a martial law has been imposed.

It looks like the end of humanity has come. But professor Larsen, a Nobel laureate in Physics, doesn’t want to admit it. He lives with his sick wife underground, in the basement of the museum where he used to work. He has invented a new calendar, – properly adapted to the fact that the sun is now hidden due to the fallout, – he works hard to keep his mind in shape solving complicated mathematical problems, and writes systematically letters to his son, even though he hasn’t had any news of him after the disaster. He still believes that the war has not affected the whole planet, and that there must still exist radioactivity-free regions where humans could start their lives anew. Everybody at the museum hold him in high regard, but at the same time they consider him a little bit crazy.

Because Larsen has been a witness of the horror. After the disaster, he wandered about the city in search of his lost son. He stumbled on thousands of dismembered human corpses lying everywhere, among the debris of the literally obliterated buildings. When he attempted to enter the pediatric section of the city’s hospital, the doctor in charge tried to prevent him; but he did enter and there he witnessed how the hell on Earth might look like. From then on, Professor Larsen’s senses were shattered.

At the city’s orphanage Larsen meets a group of profoundly deaf orphan children. The doctor refuses to provide them with the necessary health certificate so that they are evacuated to the underground bunkers. Even though Larsen is qualified for the necessary credentials, he opts for staying behind with the children. He takes care of them, he provides them with food and all the daily necessities, and he instills into them his hope and faith in humanity. And when the first Christmas of the life underground come, he decorates a Christmas tree with whatever means he has on hand, he gathers the children around him, and talks to them about the customs people used to have during the Christmas time, about the snow falling outside, and what the essence of the Christmas spirit was all about. 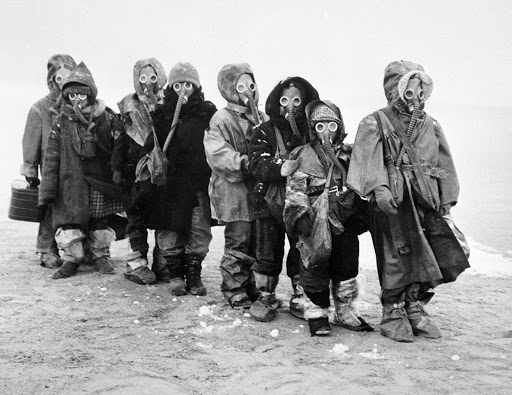 In fact, Professor Larsen is dying. A few moments before the end, he gives a last advice to the children: “Abandon the museum. Go out on the surface and search for some other place where there is no war. Go on with your lives. Because a human has to keep on walking while he is still able to walk.”

Konstantin Lopushansky, Tarkovsky’s assistant on ‘Stalker’ and loyal disciple, creates one more Soviet masterpiece in the genre of sci-fi cinema. Long takes, slow tempos so that time is as much as possible dilated until it hopefully vanishes; greenish filters to stress the post-apocalyptic atmosphere; emphasis on the dialogues markedly tinted with strong existential and philosophical overtones; a constant interest in grasping the inner religiousness of both objects and humans; an intense poeticism emanating from the overall cinematographic method used are the pillars on which Lopushansky builds his cinematography in Dead Man’s Letters. The fact that the movie’s release in 1986 coincided with the Chernobyl disaster renders it even more disturbing today, further accentuating its high predictive power as to the dangers lurking beneath the uncontrolled nuclearization of the planet and the exasperating human thoughtlessness implied in it.

Despite the strong presence of optimistic elements in the movie – especially as personified in Larsen – even more acute is that typically Russian and Tarkovskyan pessimism with regard to human nature and the future of humanity. At some point, one of the museum’s tenants is heard dictating his thoughts about the failure of humanity to another tenant who is typewriting:

We have no other option than to admit that… the whole history of mankind… is the history of the slow suicide of a living creature… which, accidentally, obtained at some time the ability to think… but it didn’t know how to use it. Full stop. It was unable to implement it in any better way than in finding out… effective means of total self-annihilation. Full stop. From the rope of Judas… to the neutron bomb… genetic, bacterial… and who knows what other kinds of weapons. Delightful progress… the dawn of Reason… Full stop. This is the essence of all science… We must at last admit that we have failed miserably… that we have embarrassed our own species… and that we didn’t make use even of the smallest fraction of all that which we were endowed with. If there is any other kind of intelligent life out there in space… it must be holding us in contempt, for sure. We are nothing more than some impudent apes.

Unfortunately, in light of the historical precedent of Chernobyl, as well as contemplating humanity’s course from the era of the Enlightenment to the present day, and the more than ever precarious political and psychological situation in which it is now found, we cannot be as optimistic as Professor Larsen, but rather fully endorse the term ‘imputed apes’ ascribed to us by the museum’s tenant-philosopher. 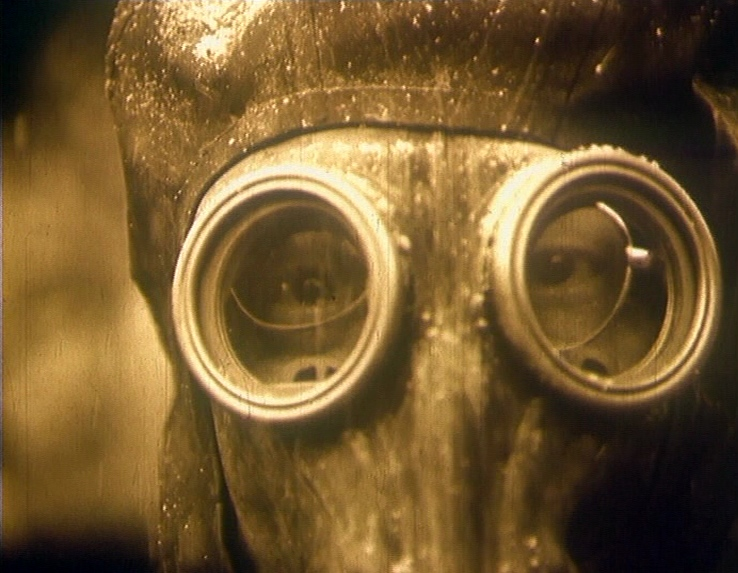 Read the review of Kin-dza-dza (1986), directed by Georgy Danelia, here. 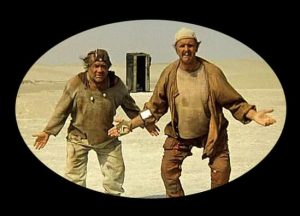