On 7 December David Nice is curating a lecture-workshop on Soviet Music of the 1920s at Pushkin House. David is a writer, lecturer, broadcaster, as well as an expert in classical music known in music circles across the globe. He contributes regular articles and reviews to publications including the BBC Music Magazine, and The Guardian, and broadcasts regularly on BBC Radio 3. He is currently classical music and opera editor to the online reviews site The Arts Desk. David is the author of a number of books about composers including Strauss, Stravinsky, Tchaikovsky and Elgar, and is currently working on the second volume of his Prokofiev biography for Yale University Press. David reads fluently in Russian.

Russian Art and Culture’s music contributor and concert pianist Yulia Chaplina met David to understand more about his four-hour lecture-workshop and to find out more about his views on Russian and Soviet music in general. 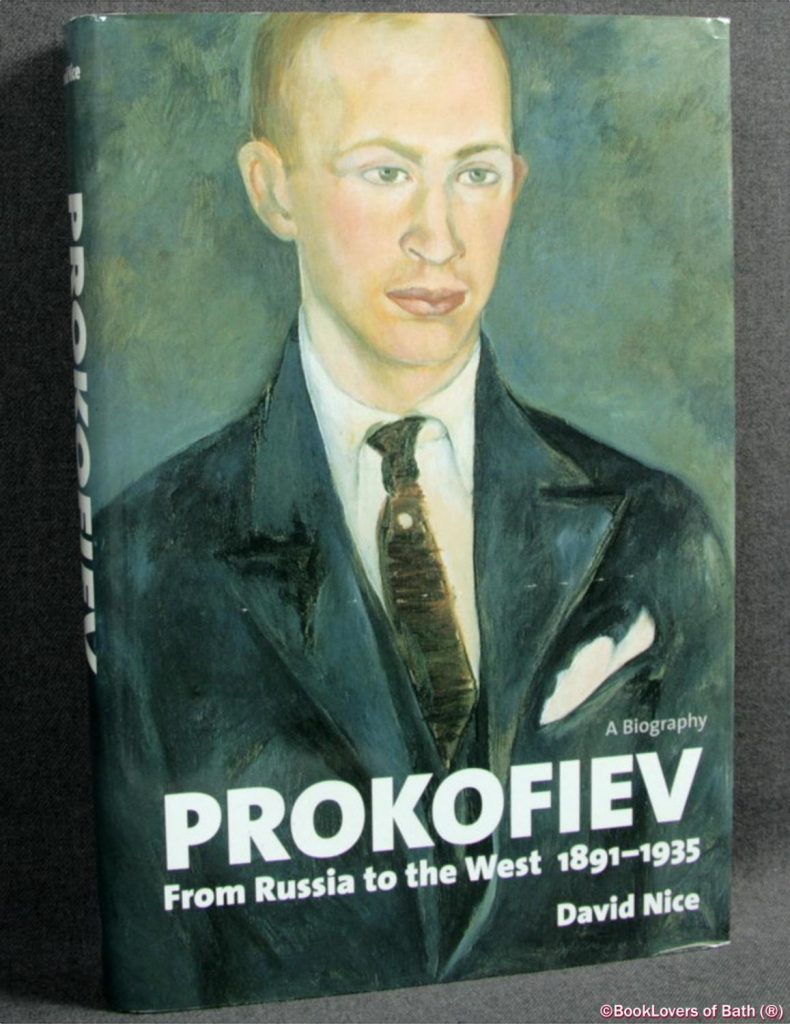 It is a difficult question. I guess it started when I was a child. I was especially fanatical about Tchaikovsky’s ballet music. My serious interest came around the time of Prokofiev’s 1991 anniversary (the 100th anniversary of Prokofiev’s birth – YC) when I was asked to write concert programmes and notes for the complete symphonies and some of the concertos that were conducted by Rostropovich. It struck me that there was I lot I wanted to say about certain works which didn’t correspond with the standard view about them in the West. I came to realise that still there was a Cold War issue here in the West, that the works Prokofiev wrote in the USSR were described as a propagandist pieces in the West. So I wanted to write about Prokofiev. I also was very fortunate to meet the right people here in London who enabled me to work on Prokofiev’s archives, brought by Prokofiev’s first wife Lina to London. My bigger picture of Soviet music came from there.

Was there anything particular in the archives about Prokofiev that struck you the most?

Well, always when ones does research people tend to ask ’what kind of angle do you have?’ and my response had always been that ‘there are so many angles’. What you realise, particularly when you read the correspondence and the diaries, is that Prokofiev was an especially complicated human being. He has been seen from one side as a sarcastic, slightly cold personality but he adapted his tone in his responses to correspondence – in other letters he showed a lot of warmth and kindness as well. You don’t get all the answers by any means and of course the correspondence stops in 1934, as do the diaries, which makes my work on the second volume of his biography extremely difficult.

On a slightly different topic, do you think we enjoy the full range of Russian works here in Britain? To me it seems that quite a lot of very good works from the Russian repertoire have been partially neglected in the West.

Yes, I would agree and say that there are a lot of works that have been neglected and unfairly forgotten – take for example the various orchestral Suites by Tchaikovsky, or his Concert Fantasia, which is my personal favourite of the concertos for piano and orchestra. Prokofiev’s 3rd and 6th Symphonies are also rarely heard here.

Could you tell our readers a little bit more about your upcoming workshop at the Pushkin House? Was it something you planned for a long time?

I gave a similar lecture for art students not long ago in London dedicated to the ‘Ballets Russes’ with its fantastic designs and music. So for the workshop at the Pushkin House I have just expanded it to a broader scale, not just the music that was associated with Diaghilev but much more. I wanted also to make parallels with what was happening in the West at that time as there are many overlaps between the Russian and Western avant-garde in the 1920s. It was such an incredibly fertile time and it is surprising that things were relatively free in those times.

What are we to expect on the day of the workshop?

It is basically a lecture where I will be talking and using many musical illustrations. I welcome any questions but in general you do not need any specific knowledge, just a love of music. As well as developments in Soviet music, I find it fascinating that western works remained a component of the repertoire. An interesting example is that, as the October revolution began in 1917, Shaliapin was singing an opera by Verdi at the Mariinsky and a decade later cam the Soviet premiere of Richard Strauss’s Der Rosenkavalier. We will listen a lot and I want peoples’ live reactions to what they have heard so we can all discuss it together.