Welcoming back audiences to Prague’s Rudolfinum on 29 September, the Czech Philharmonic launches its 126th season with Chief Conductor and Music Director Semyon Bychkov marking the start of his fourth year at the helm of the Orchestra. The season opens with Shostakovich’s Leningrad Symphony, a work that has a deep significance for Bychkov who was born in Leningrad and whose mother lived through the 900 days of the siege which was still ravaging Leningrad when the second performance of the work was given in the city. 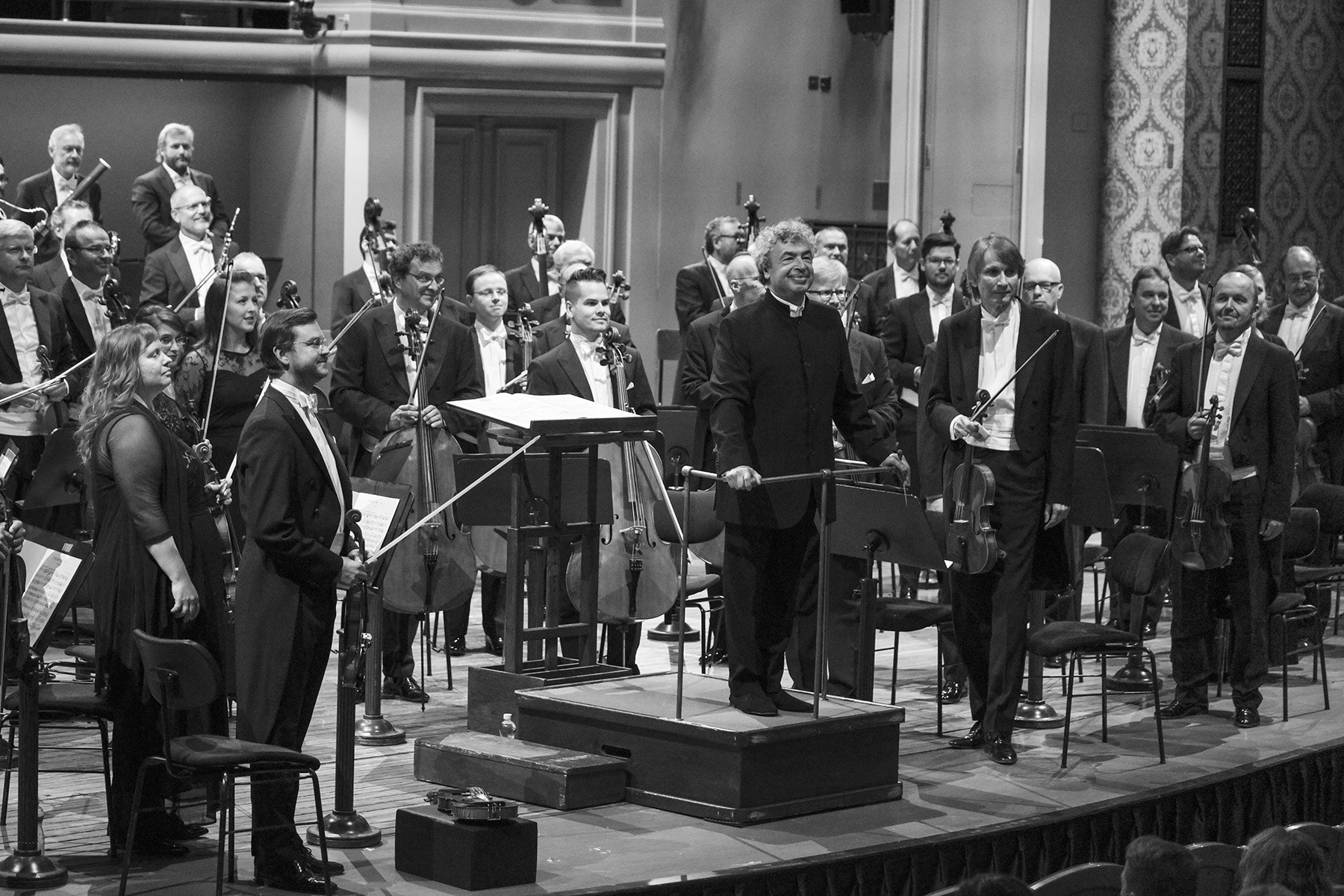 Recorded and broadcast by the Czech Philharmonic’s own state-of-the-art producing house Czech Phil Media, the first performance on 29 September can be enjoyed live by national audiences on Czech TV (available thereafter for 7 days on Czech TV’s iVysilani web player). International subscribers to takt1 can watch the live stream of the second performance on 30 September.

Since the culmination of The Tchaikovsky Project in 2019 – a 7-CD box set released by Decca Classics and a series of international residencies – Bychkov and the Czech Philharmonic have been focusing on the symphonic works of Mahler. The Czech Philharmonic’s six opening subscription concerts on 27-29 October and 4-6 November feature Mahler’s Ninth Symphony, and will be followed in December by performances of the Fifth Symphony.

Alongside these performances, the new season further highlights the Czech Philharmonic’s commitment to contemporary music. On 15 December, the Czech première of Bryce Dessner’s Mari is the first of five international commissions initiated by Bychkov at the start of his tenure to be conducted by Bychkov in Prague. It will be followed in April 2022 by the Czech première of Julian Anderson’s Symphony No. 2 Prague Panoramas.

Complementing Bychkov’s concerts with the Czech Philharmonic are performances led by Principal Guest Conductors Jakub Hrůša and Tomáš Netopil. Hrůša will be joined by Artist-in-Residence Yuja Wang for this year’s Velvet Revolution Concert, held annually in November to mark the events of 1989; will return in December to give the world première of Slavomír Hořínka’s Rejoice III, one of nine newly commissioned works from Czech composers; and, again in January when he will conduct Elgar’s Cello Concerto with soloist Sheku Kanneh-Mason. Netopil will conduct the Orchestra at the Dvořák Prague International Festival in September; return on 24 November to conduct the first of three evenings of Czech-Hungarian music with Hungarian pianist Zoltán Fejérvári; and in Februaryconduct a programme featuring a rare performance of Jiří Antonín Benda’s melodrama Medea.