Yesterday Pushkin House opened its doors with a new exhibition ‘Crevices in Myth’. Drop by to explore work of Alexandra Anikina, Elena Kolesnikova and Ekaterina Muromtseva reflecting on post-Soviet identities and the chasms caused by the differences between utopian thinking and reality.

Taking the theoretical framework of Alexandra Anikina’s (b. 1989, Kolomna) film Data Field as a starting point, the exhibition explores speculative visions of personal and collective histories, affected by intimately constructed rituals, somehow marking the 30th anniversary of the collapse of the Soviet Union. The projects of Elena Kolesnikova (b. 1984, Irkutsk) and Ekaterina Muromtseva (b.1990, Moscow) further position individual experiences of living within inert social spaces at the centre of contemporary cultural reflection.

The large utopian fantasies, lying at the foundation of these transformations—from nationalist dreams about maintaining international relevance to the technological utopianism of start-up culture—are all underpinned with eschatological hopes about some futuristic peaceful lives. They tend to disregard the daily experiences of most people, focusing instead on large-scale events, dramatic conflicts and exceptional destinies. What then happens to those affected but not involved, those who have to witness the illusion of continuous history and find their way around it? 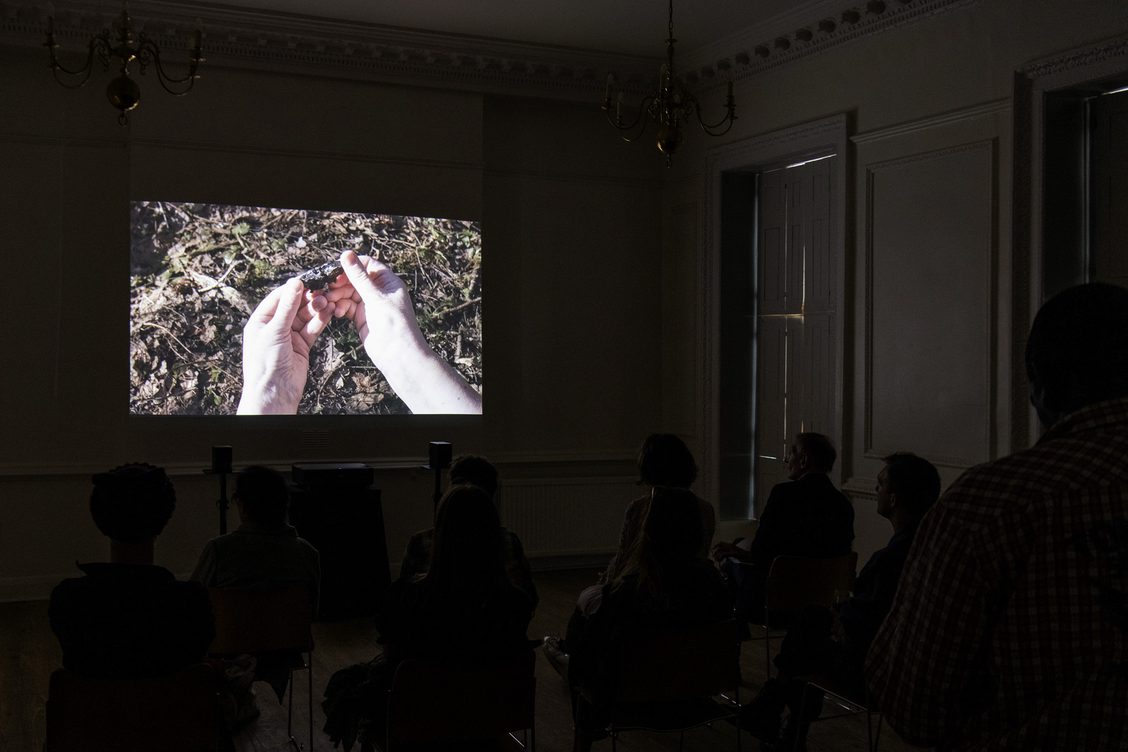 Alexandra Anikina’s recent film Data Field describes the evolution of the Russian modernity of the last century mapped onto her family history, revealing the role of technology in the constructions of the future. A local history museum constantly reanimates the past; alarmist news reports function as archaic folklore tales; Google maps provide a question mark to the understanding of a family archive, conveying the feeling of urgency that we experience in relation to history. 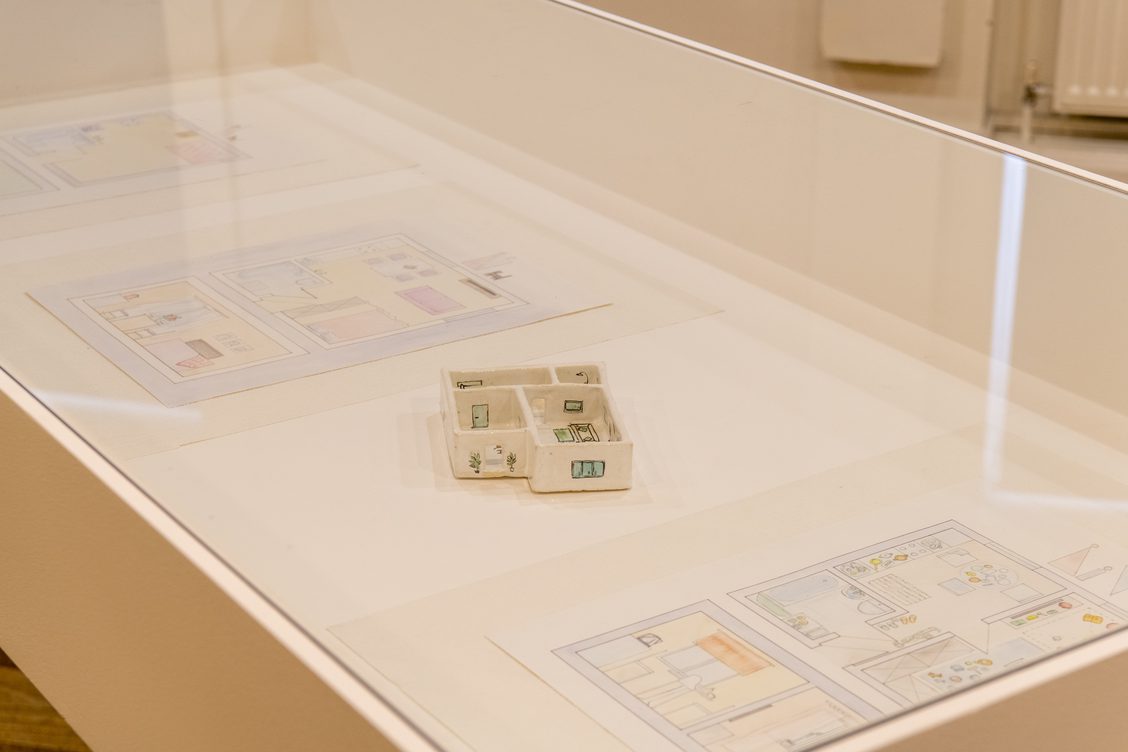 Using a ceramic sculpture and a series of watercolour drawings Lena Kolesnikova explores the experiences of living in a typical one-bedroom flat. Initially created for a creative residency located in a showroom of a real-estate developer, Odnushka [Singe-bedroom flat] narrates very different stories unfolding in an idealised all-encompassing space. 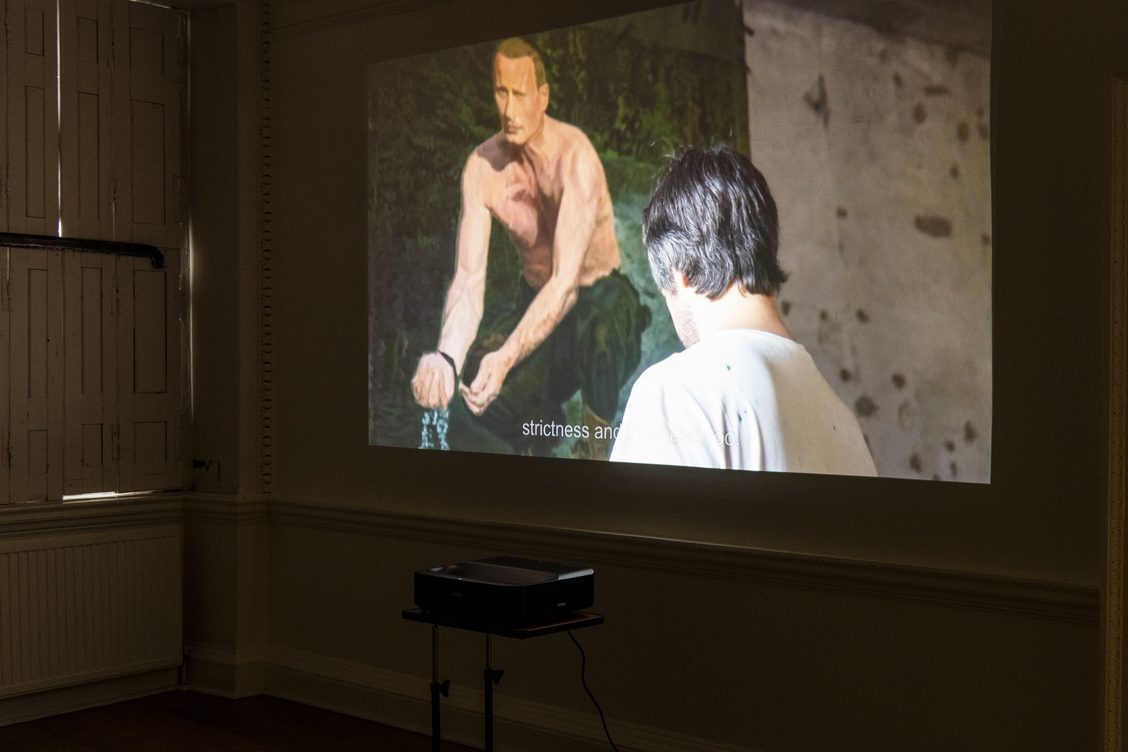 Ekaterina Muromtseva’s work A Tough Male Portrait depicts a tennis player and amateur artist who embarks on a journey, both physically and spiritually, in search of ideal masculinity embodied in the master of the land, the irreplaceable Russian president Vladimir Putin.

The exhibition will be open till 7 November and will be accompanied by a series of talks and events.