“Where do I get my forms from? . . .  I find them everywhere around me … I see them in the green thicket of leaves and trees. I can find them in the naked stones on hills and roads. … I look and find them in the bends of waves on the sea between the open work of foaming crests.” — Naum Gabo, writing from Cornwall to critic and art historian, Herbert Read in 1944

Taking as its inspiration the Barber’s recently acquired Constructivist sculpture, ‘Linear Construction in Space No. 1’ (1942 – 43), by the Russian artist Naum Gabo, Cornwall as Crucible, the Barber’s first exhibition of 2020, takes a fresh look at artists working in and around St Ives during and after the Second World War, and explores how and why this seemingly remote West Cornish town established itself as a hotbed of experiment and modernism during these years.

The transformation of St Ives from a picturesque fishing port into a hub for radically experimental artists began when Ben Nicholson (1894 – 1982) and Christopher Wood (1901 – 1930) holidayed there in 1928 and ‘discovered’ a retired fisherman and self-taught painter, Alfred Wallis (1855-1942). Wallis’s direct approach to representation had a profound influence on them for decades after. In 1939, following the outbreak of war, Nicholson, his wife, the sculptor Barbara Hepworth (1903-1975), and their triplets, moved from London to the relative safety of Cornwall. They were soon joined by their friend, the Russian constructivist sculptor Naum Gabo (1890 – 1977), whose flight from Nazi-occupied Europe had already brought him to England from Paris. 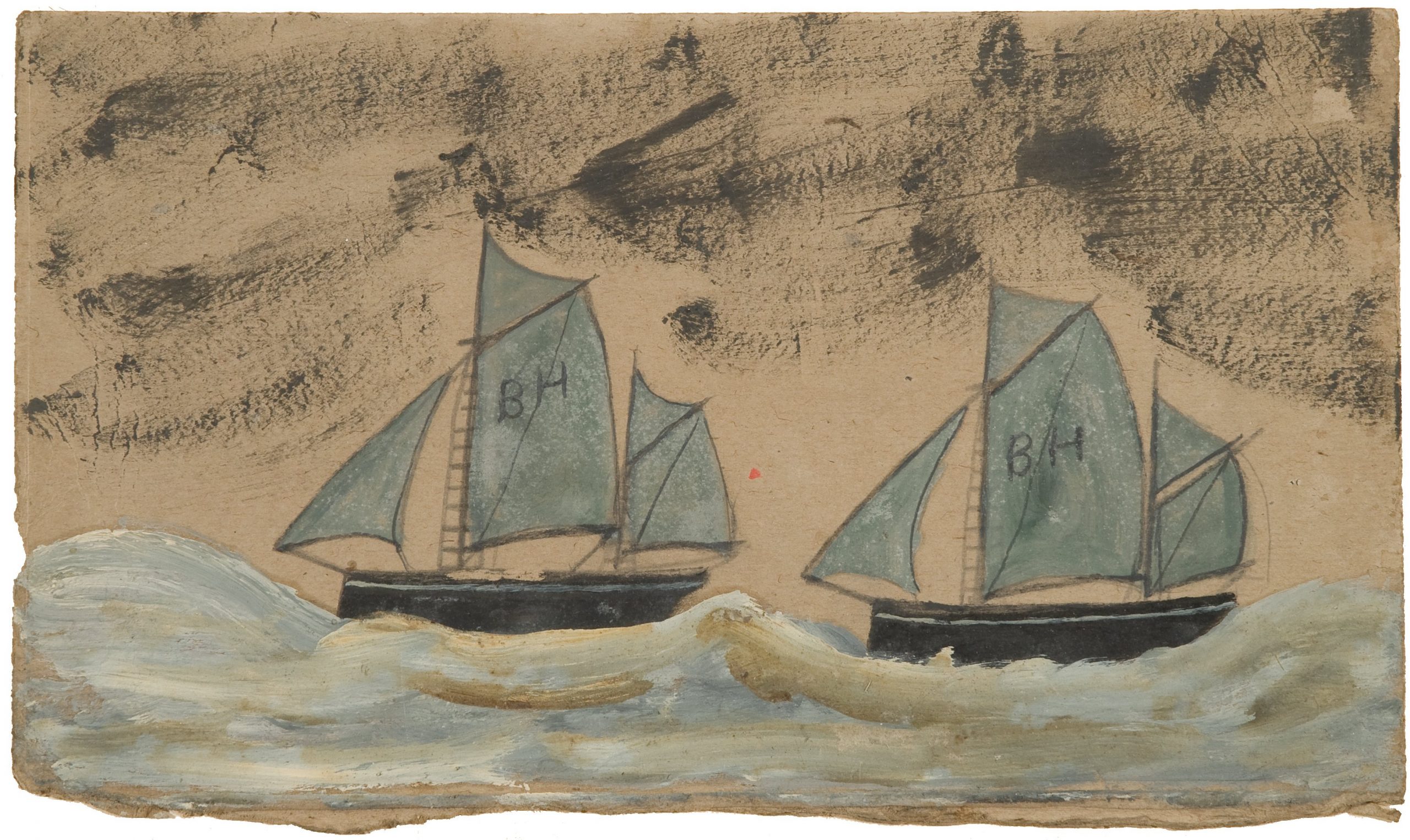 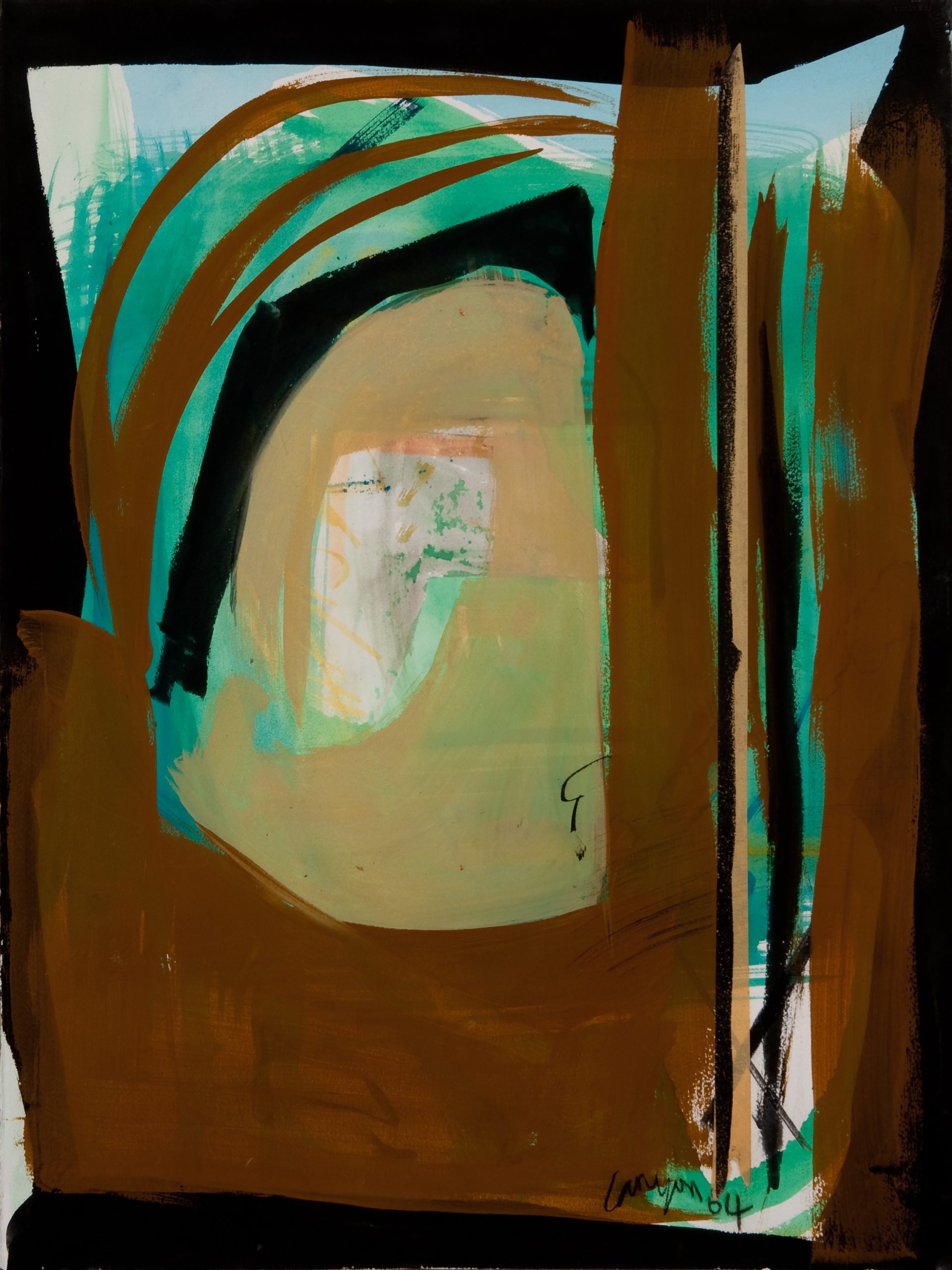 Gabo’s Linear Construction in Space No 1, an exemplar of modernist form, was a product of this time in Cornwall, and the Barber’s recently acquired example sits literally and metaphorically at the centre of Cornwall as Crucible, surrounded by works made by his British contemporaries.

Gabo left for the United States in 1946, as a second wave of artists, including Terry Frost (1915 – 2003), Paul Feiler (1918 – 2013), Adrian Heath (1920 – 1992), Alexander Mackenzie (1920 – 2002) and Sandra Blow (1925 – 2006), came to St Ives in the post-war period.  The distinctive approach to modernism which had developed in the war years, characterised by the imperative of abstraction meeting the presence of Cornwall itself –  a landscape evidencing thousands of years of human presence surrounded by an omnipresent, wind-battered coastline – continued, resulting in a new seam of creativity. In this way, one of Britain’s most geographically isolated areas remained an outpost of progressive and outward-looking artistic endeavour through to the 1960s. 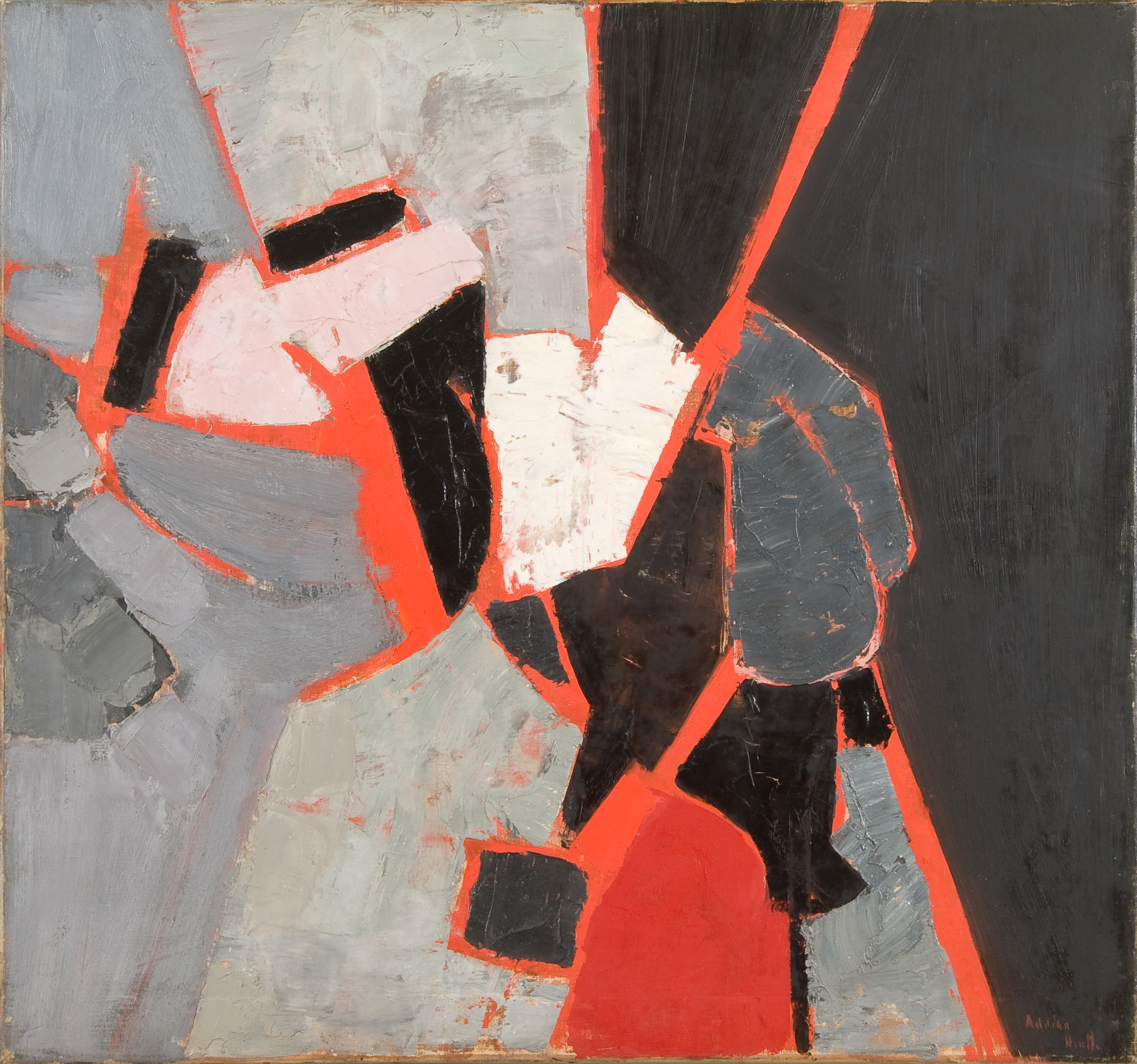 The Jerwood Collection is particularly rich in works by artists associated with St Ives, and the Barber is showing fourteen loans from the Jerwood Collection, among them two recently acquired paintings, Vista (1955) by John Wells and Untitled (1958) by Sandra Blow. The exhibition will also feature rarely seen drawings by Hepworth and Lanyon from the University of Birmingham’s Research and Cultural Collections, and visitors will be encouraged to explore the campus where they can encounter a monumental bronze by Hepworth, Ancestor I (1970) and a major Lanyon mural commissioned by the University of Birmingham in 1963. 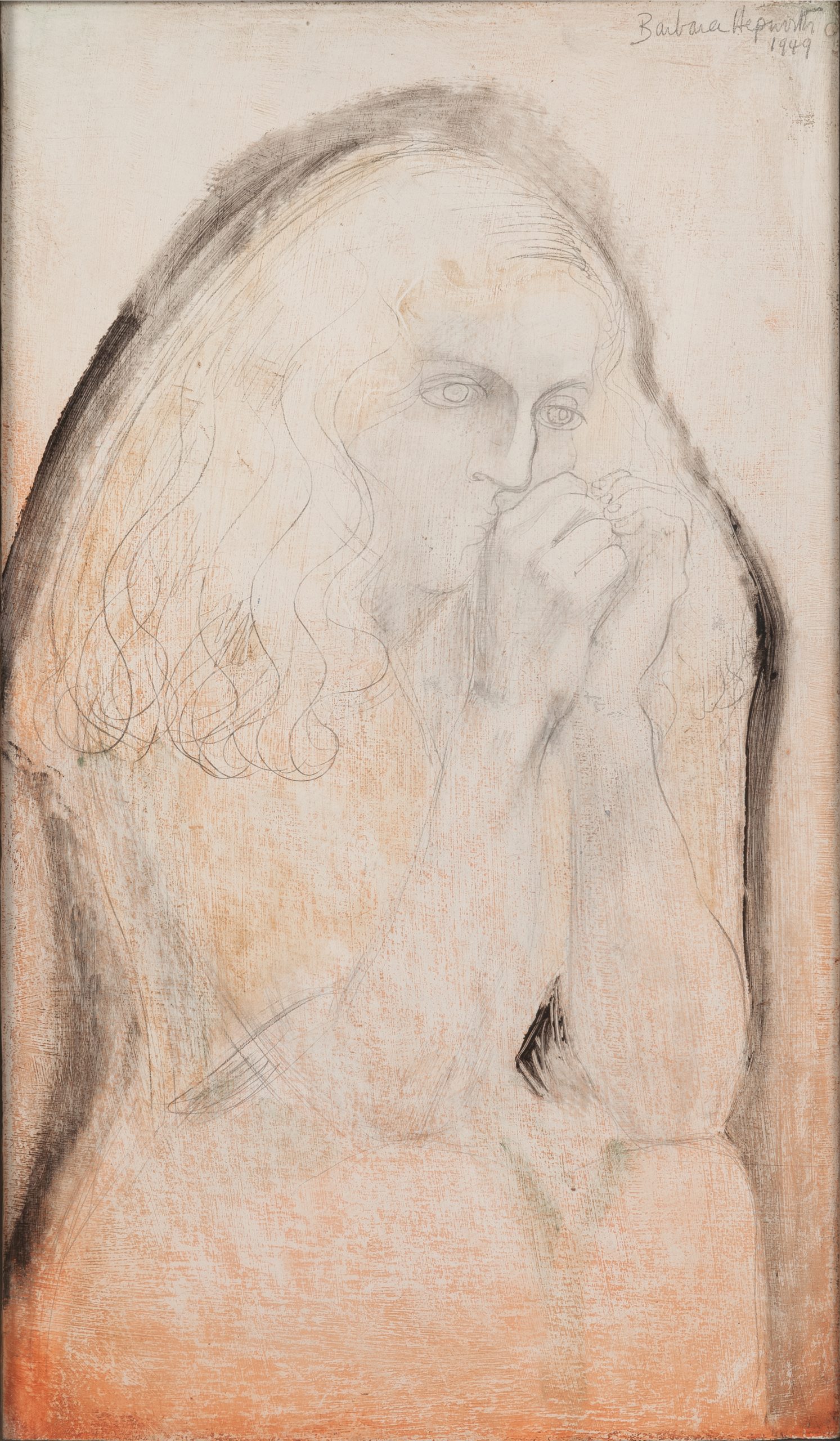 The Barber’s Director, Nicola Kalinsky says, “We are delighted to be working with the Jerwood Collection on an exhibition which brings a powerful sense of Cornwall’s singular contribution to mid-century British modernism to land-locked Birmingham. Appropriately, one of the main themes is the fertilising effect of influence from elsewhere on the creation of art, influences mediated through ideas exchanged, grown and, at times, contested, in the crucible of artists’ friendships. It is fantastic and really illuminating to be showing the Barber’s beautiful sculpture by Naum Gabo, acquired in 2017, alongside so many important and relevant paintings and drawings from the Jerwood Collection, a fabulous selection which provides a rich and allusive context for our iconic piece.”

Jerwood Collection’s Director Lara Wardle added, “I’m thrilled that Jerwood Collection’s first outing of the new decade will be to the beautiful Barber Institute where it will be exhibited alongside their outstanding collection. Cornwall as Crucible brings together some key Jerwood Collection works, many of which are my personal favourites. It will offer a wonderful opportunity to see them shown with Barber’s important sculpture, Linear Construction in Space No 1 by Russian Constructivist Naum Gabo, enabling a greater understanding of the context in which this piece was created. The selection of recordings drawn from Artists’ Lives, which accompany the exhibition, provide an unrivalled insight into the artists’ worlds; they illustrate some of the tangled network of relationships as well as an opportunity to get closer to some of the personalities behind the art on display.”

Cornwall as Crucible will be supported by a full programme of events, from family activities to lectures by leading academic scholars in the field. The exhibition’s interpretation will highlight the particular contribution made by women artists, alongside sound recordings from the British Library’s Artists’ Lives project, selected to prompt questions about the nature of influence, inspiration and the ownership of creative ideas.