AЯT Theatre presents a debut, a double bill of short comedies by Anton Chekhov: The Bear & The Lady with the Dog. Emigrated Director, Dmitrij Turchaninov is a graduate of Studio Chekhov: Moscow Art Theatre School, where Chekhov’s plays were first performed. It’s a unique opportunity to see authentic Chekhov in English. 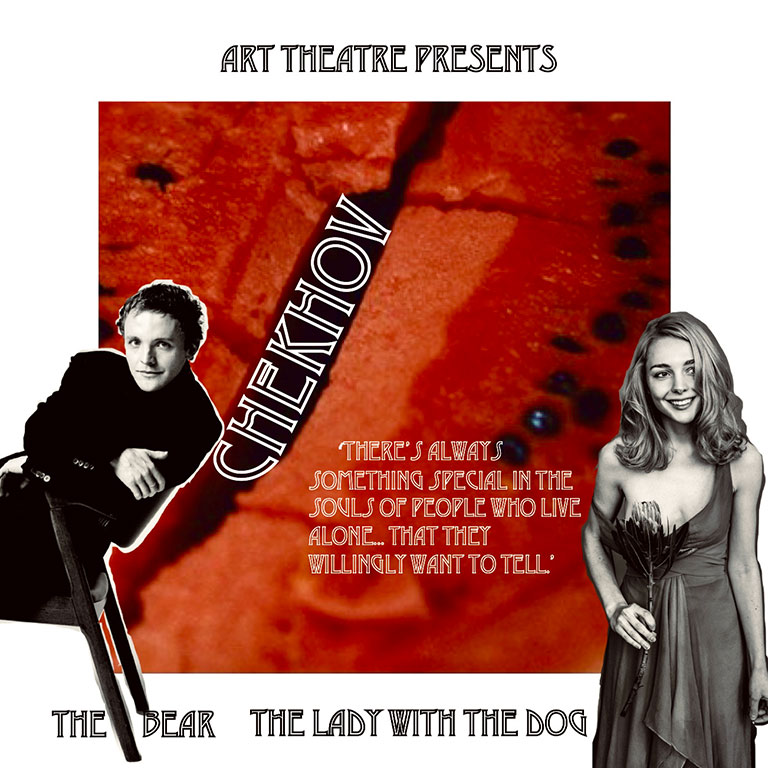 About the Performance Two people on the stage. They light a spark in the first act, and in the second they wander through the black-and-white old film of a decent life. In this performance, Director Dmitrij Turchaninov has put together the unlikely combination of a farce and a short story giving rise to new meaning; that no matter what, love will always ruin your plans.

The Bear: Why does a person become rude, why do they hide themselves in their own “world”? The action takes place in the countryside at the end of the 19th century. A retired artillery officer must pay interest on his mortgage, but has no money. He seeks to collect debts from his fellow friends, but they deftly evade payment and he’s forced to venture out to distant debtors. He visits a young widow who, after her husband’s death, has not seen anyone for seven months, and does not leave the house herself. The widow asks the officer to come back the day after tomorrow, but the officer insists that the money be paid today. Which one of them would get their way, do you think?

The Lady with the Dog: “If your boring life suits you – never fall in love!” The action takes place at a resort, in the capital, and in a provincial city. A trivial holiday romance turns out to be a fateful meeting, first for Her, then for Him. “So what’s so good about that?”, some will say, “What’s wrong with that?” others echo. Probably, in order to answer these, you need to experience it yourself, or as a preventive measure, watch the Chekhov version.

AЯT Theatre are an international group of artists founded by alumni of Drama Centre London.