March would not be complete without the annual Russian Ballet Icons Gala, now in its 14th edition and firmly established as a premier event on the UK cultural calendar. This year’s gala was assembled in celebration of the great legacy that is the Russian ballet school, showcasing leading Russian and international dancers. 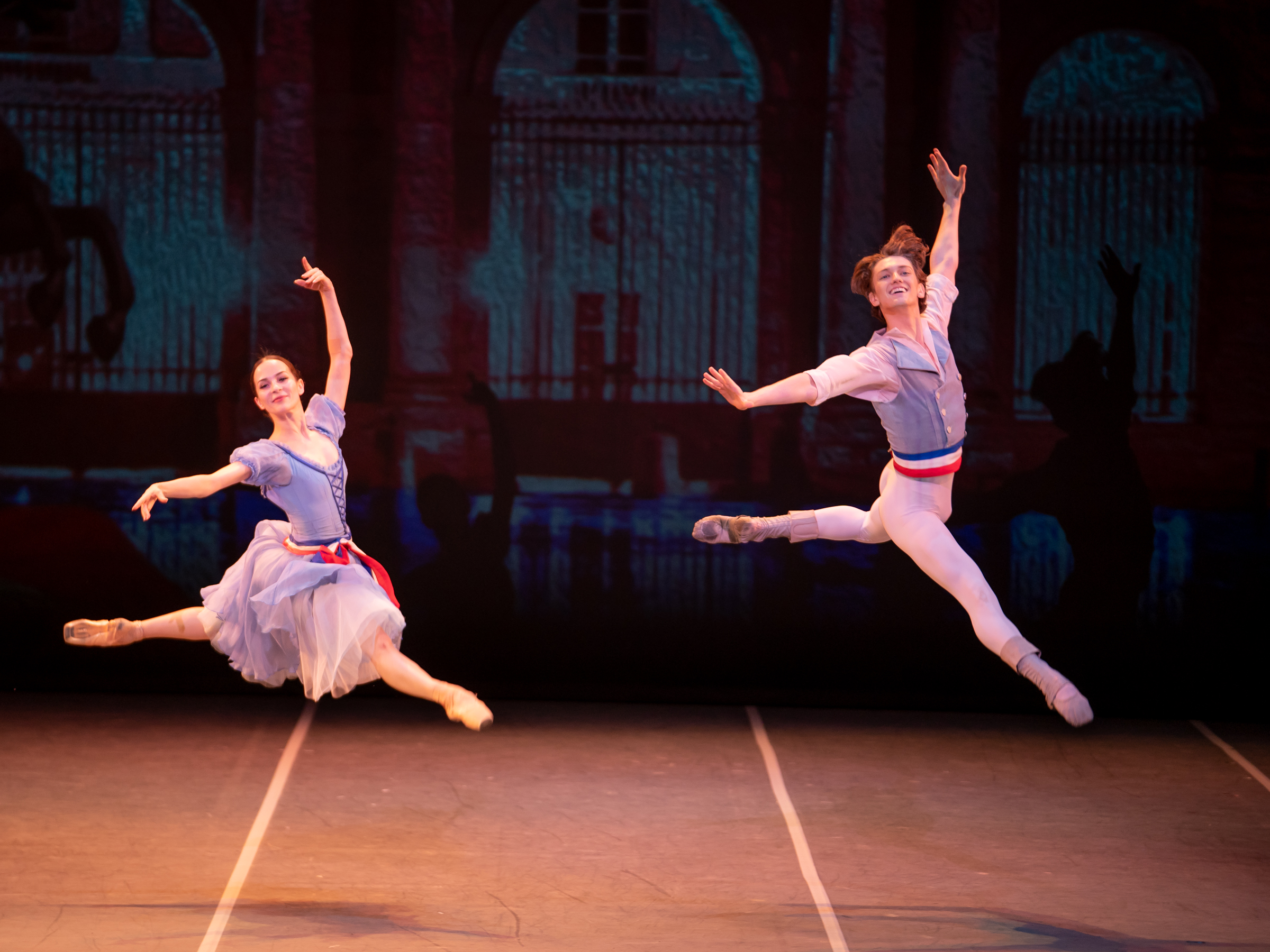 Katja Khaniukova and Julian MacKay in The Flames of Paris. Photo by Jack Devant_

Opening with a bang, first on was The Flames of Paris, featuring Mikhail Messerer’s recreation of Vassily Vainonen’s original choreography – a classic Soviet revolutionary drambalet, full of feats of strength and agility and danced here by Russian-trained American Julian MacKay of the Mikhailovsky Ballet and Katja Khaniukova of English National Ballet.

MacKay later returned, solo, in The Cuban Nutcracker; a playful piece by Alisher Khazanov riffing on the famous sugar plum melody in a radical departure from classical norms. MacKay’s easy smile and genuine commitment to the art of being silly was a joy to watch. 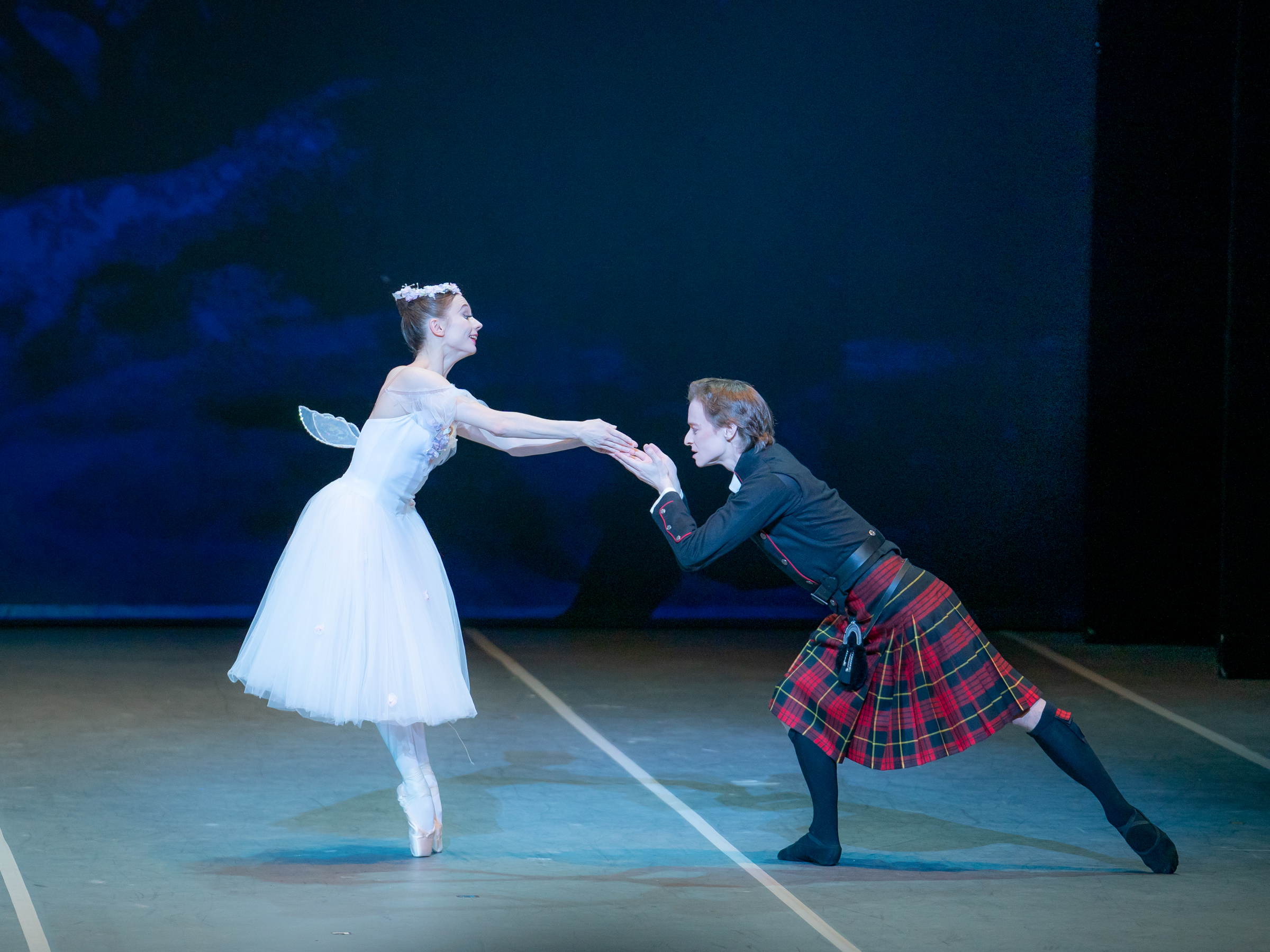 Maria Kotchetkova and Daniil Simkin graced us with an excellent performance of the second act pas de deux from Bournonville’s La Sylphide, conjuring that oft-elusive gala-magic; bringing the story and characters to life with abundant chemistry despite the minimal scene-setting that galas provide. Simkin blends technical mastery into his giddy portrayal of James, utterly spellbound by Kotchetkova’s captivating and elegant Sylph.

Simkin also returned for a solo – and I am convinced there is no stage too large for him to fill. A natural space-eater, he throws himself wholeheartedly into a playful extract from Alejandro Cerrudo’s Pacopepepluto. Dynamic, precise, exciting to watch. 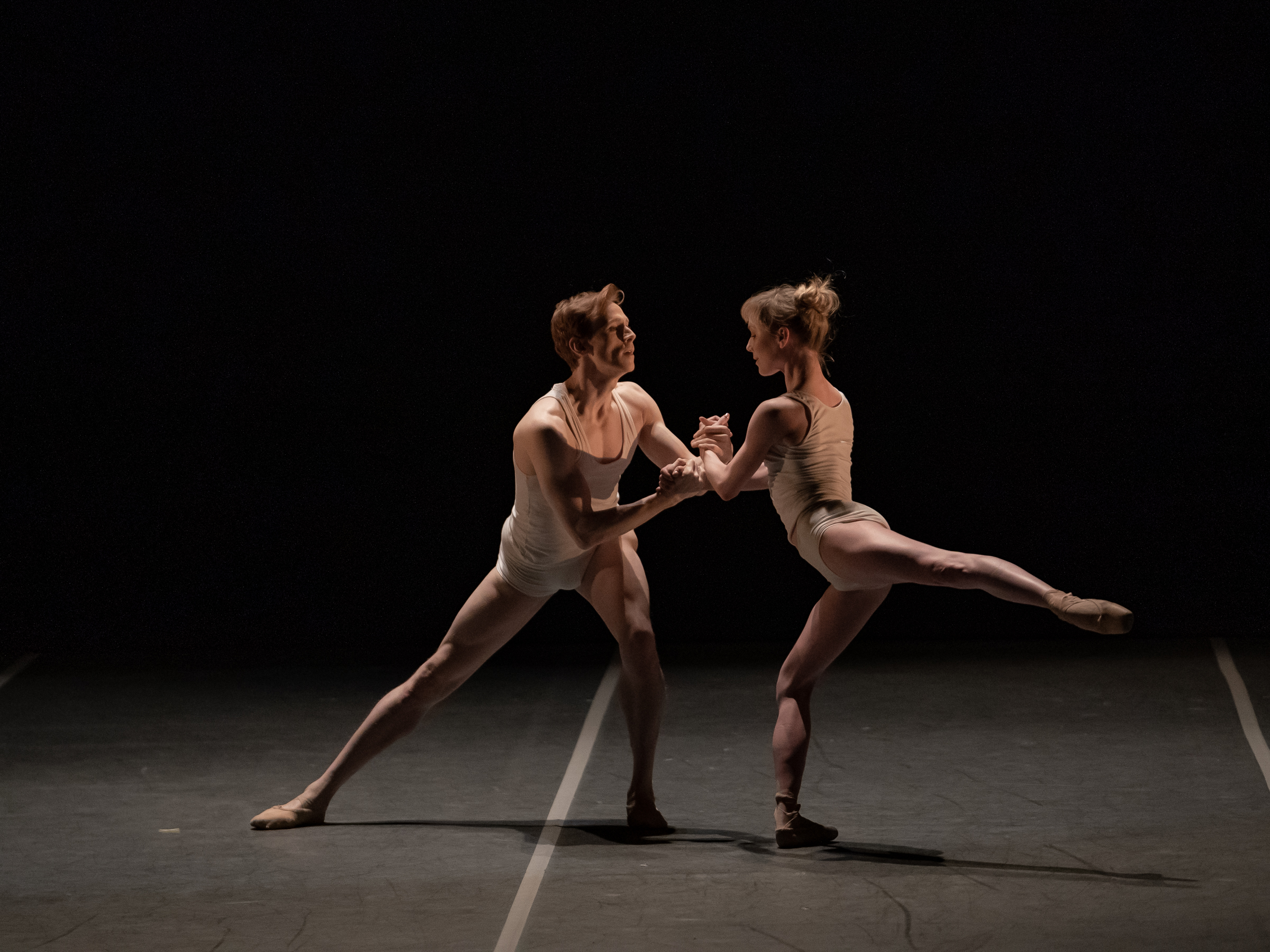 As one of the more contemporary offerings of the night, the Royal Ballet’s Edward Watson and Sarah Lamb were hypnotic in a pas de deux from Wayne MacGregor’s Qualia. Created on Watson fifteen years ago, MacGregor’s choreography is perfectly tailored to his hyper-flexible physique and strong stage presence. When partnered with Lamb, the pair are an unstoppable force; constantly pressing forward, testing and retesting boundaries.

The legendary Ballet Russes was honoured with an extract from Mikhail Fokine’s influential ballet Schéhérezade, danced by Ekaterina Krysanova with Ivan Vasiliev. Krysanova’s sinuous limbs in harmony with Rimsky-Korsakov’s lush score was superb – yet for all his natural charisma, Vasiliev’s performance fell somewhat short of the spectacular technical ability for which he is reknowned.

Krysanova’s earlier outing in Petipa’s Raymonda was an unusual treat for London audiences, however Joseph Caley of the Royal Ballet as partner felt strangely mismatched, the result perhaps of an apparently last-minute replacement to the casting.

A standout piece of the evening was surely Victor Ullate’s Carmen, danced by the formidable pairing of Lucía Lacarra and Josué Ullate. A heated, contemporary and gripping retelling of the classic story, Lacarra and Ullate attacked it with dramatic intensity and stellar technique.

Audience favourite was difficult to call, but Yasmine Naghdi’s tumultuous applause for her portrayal of Don Quixote’s Kitri alongside Marcelino Sambé merits a mention. Technically assured and artistically sparkling, one could not have been able to guess that she had only debuted in this role just a few weeks prior.

Another popular hit was Sergio Bernal’s fleet flamenco feet in Zapateado, returning after last year’s triumphant performance at the gala which earned him a nomination at the UK National Dance Awards, the first of its kind for a gala performance.

The evening ended on a pas de deux from La Bayadère, another classic Russian ballet from the genius that was Marius Petipa. A wonderful closing piece, Liudmila Konovalova and Giuseppe Picone gave a beautiful, memorable and thoroughly ethereal performance.

Russian Ballet Icons continues to provide a unique opportunity to sample classic choreography alongside the contemporary and even quirky, as performed by some of the best artists in the world.

This year’s gala was also dedicated to the memory of the great impresario Victor Hochhauser, who sadly passed away just last month. We all owe a debt of gratitude to his tremendous and pioneering work in helping to bring Russian ballet and culture to British audiences. Tonight was a fitting tribute to his legacy and promising of a continuation of the important cultural exchange for which he strove. 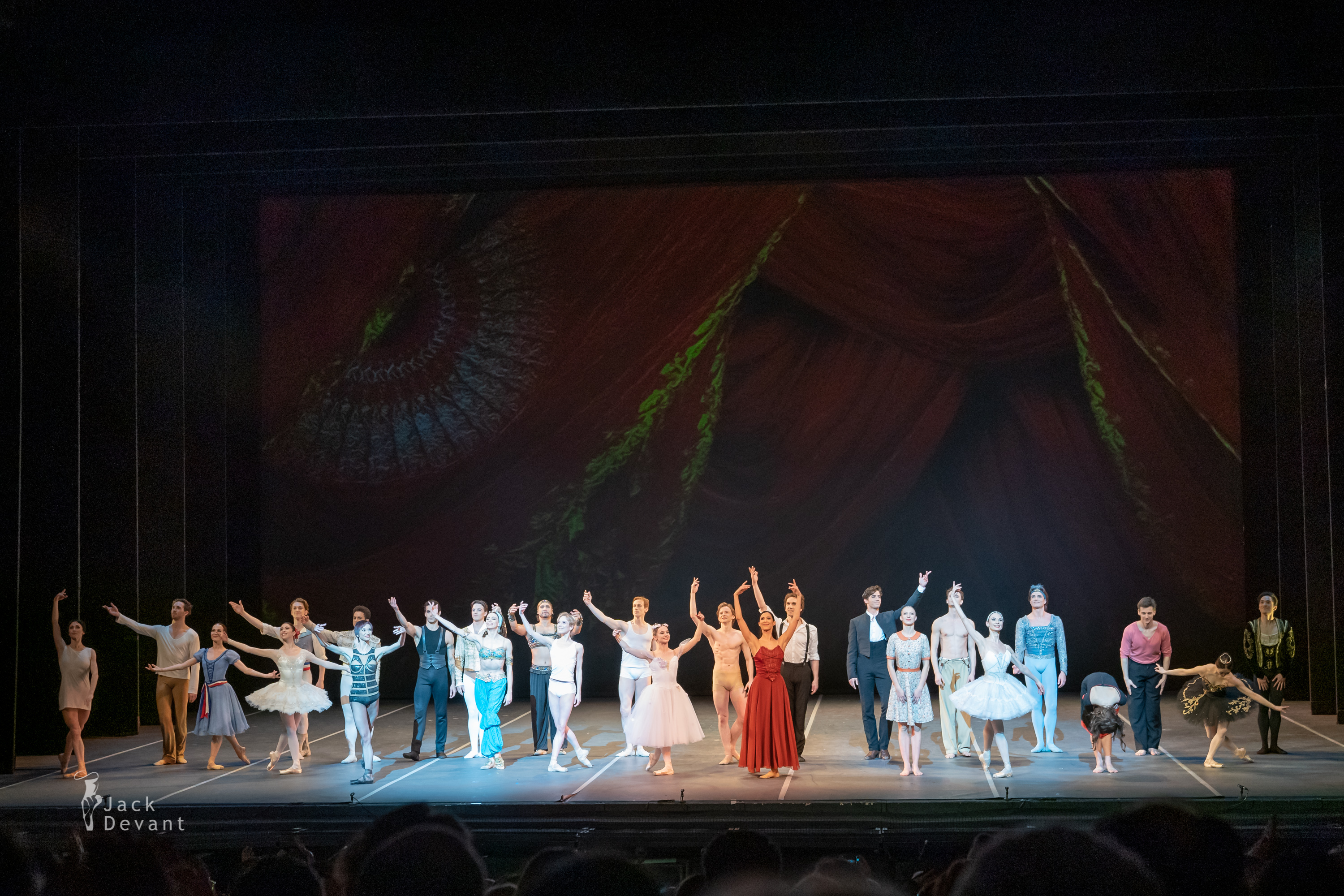 Other Articles By Leah Lord 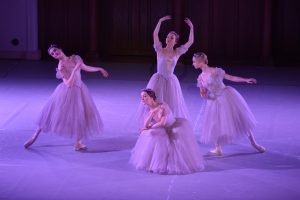