Calvert 22 Foundation is proud to announce that Alexey Vasilyev from Russia has been named the winner of the New East Photo Prize 2020 for his project “Sakhawood”. The prize is presented by Calvert 22 Foundation and The Calvert Journal to give an international platform to photographers of the New East — Eastern Europe, the Balkans, Russia and Central Asia — and provide a unique glimpse into the self-identity of this underrepresented region and the lives of its people. 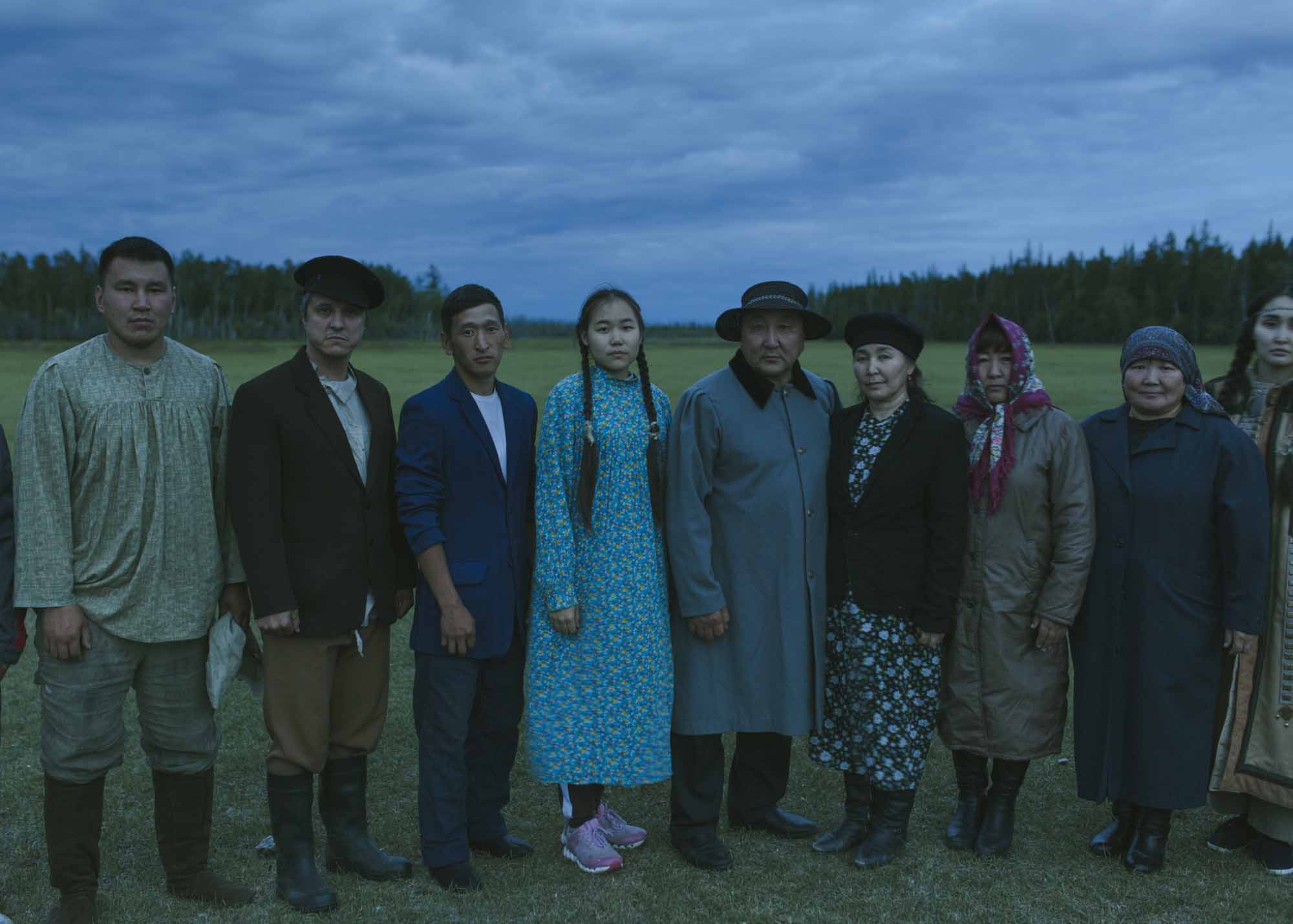 Alexey Vasilyev, “Sakhawood”. Group photo of residents of the Magarasy village, who participated in the crowd in the mystical drama “The Cursed Land”. As a rule, the villagers are willing to participate in the filming of the film, because it brightens up their rural everyday life and has a positive effect on the cohesion of the inhabitants of a small village.

Alexey Vasilyev (b. 1985, Yakutsk, Russia) is a documentary photographer focusing on everyday lives of people in Yakutia and the Russian North. Vasilyev began his photographic career in 2010 as a reporter for a local newspaper covering stories about young people. In 2017, he became a member of the Russian Union of Photographers. In 2018, he enrolled at St Petersburg’s school of Russian contemporary photography, Docdocdoc. His photographs have been published in The Guardian, National Geographic, National Geographic (Russia), Wired, The Calvert Journal, Meduza, It’s Nice That, Takie Dela (Russia), Lenta.ru (Russia), LensCulture, MoscowTimes, and MyModernMet.

As the winner of the New East Photo Prize 2020, Vasilyev will receive a cash prize of £1,000 to further develop his work, as well as exposure to an international audience through The Calvert Journal. “Sakhawood” invites us behind the scenes of Yakutia’s remarkable independent film industry, where up to 10 feature length films are shot per year and where local movies outrank international blockbusters. 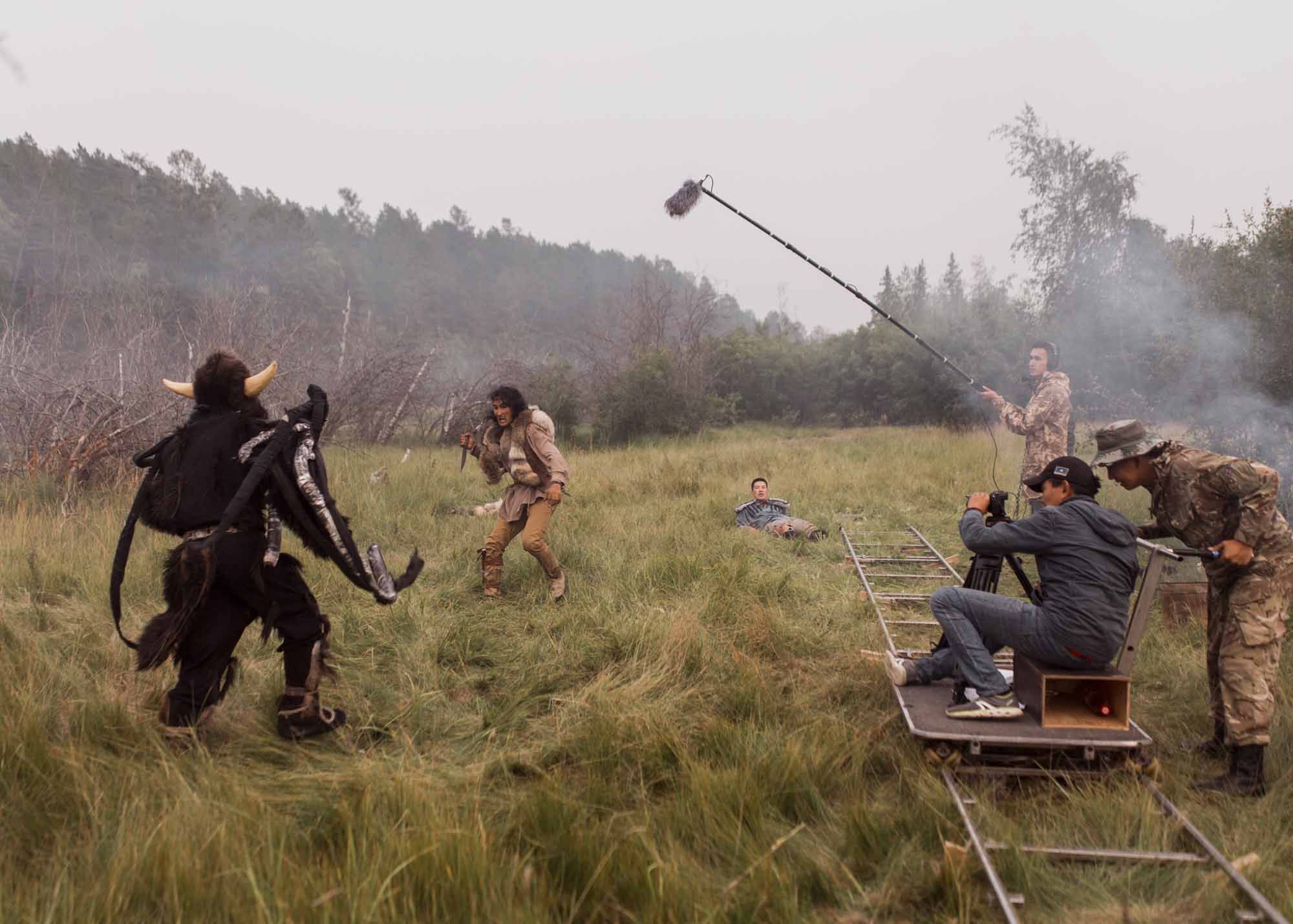 “Yakutian films are shot for  little money. Film production costs somewhere between 1-2 million rubles, which is modest even by most Russian standards,” says Alexey Vasilyev. Though a majority of directors and actors that Vasilyev photographs have no formal education in film, Yakutia’s movies have found success at international festivals in Europe and Asia. The movies range from romantic comedies to fairy tales and are based on local legends and beliefs. With his project, Vasilyev wanted to show that “Yakutia is famous not only for its -60 C° temperatures and gold mining” but is also a home to superb cinematic talent. “Most directors don’t make a living from just making films. That doesn’t stop them in their ambitions to win over audiences in Russia and across the world.” 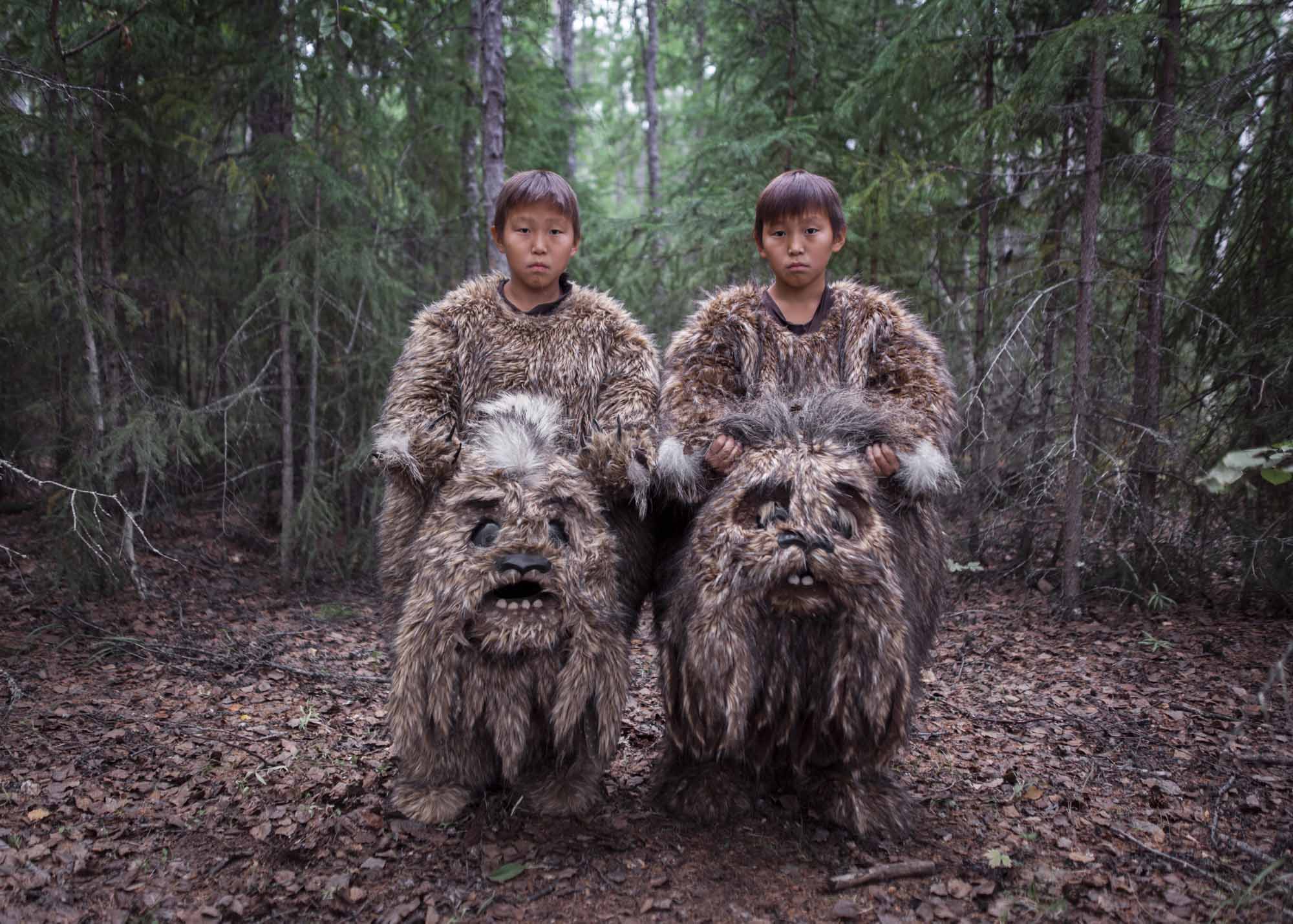 Alexey Vasilyev, “Sakhawood”. Twins Semyon and Stepan starred in the fairy tale “The Old Beyberikeen” in the roles of mythical creatures living in the swamps – dulgancha. It is the first experience of participation in cinema for them. They got to the cinema, thanks to the casting in Yakutsk, they specially came to it from their small village in Amginsky ulus a few hundred kilometers far away.

“I am delighted with the news,” Alexey adds. “I am currently on a trip documenting reindeer herders in a remote village in Russia. It has been a surprise to hear the news. I am proud to be a winner among such a strong shortlist of projects.” 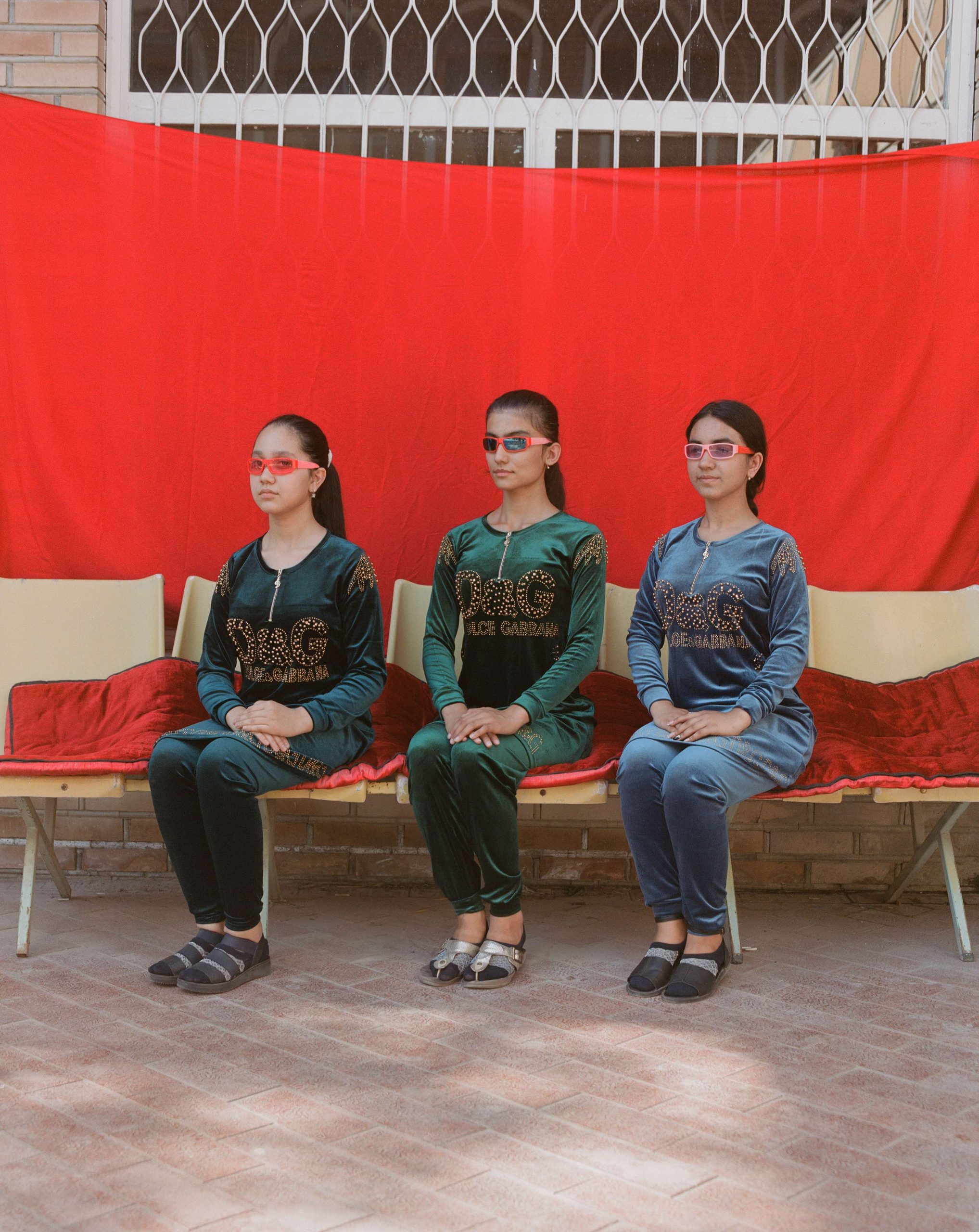 Hassan Kurbanbaev, “Logomania: Owning the World at Half Price”

Moscow-based photographer Marina Istomina, originally from Ust-Kut, Siberia, has been awarded a £500 voucher for photography for her series “Suffocation”, made in response to the wildfires that ravaged through Siberia and the Russian Arctic in 2019. 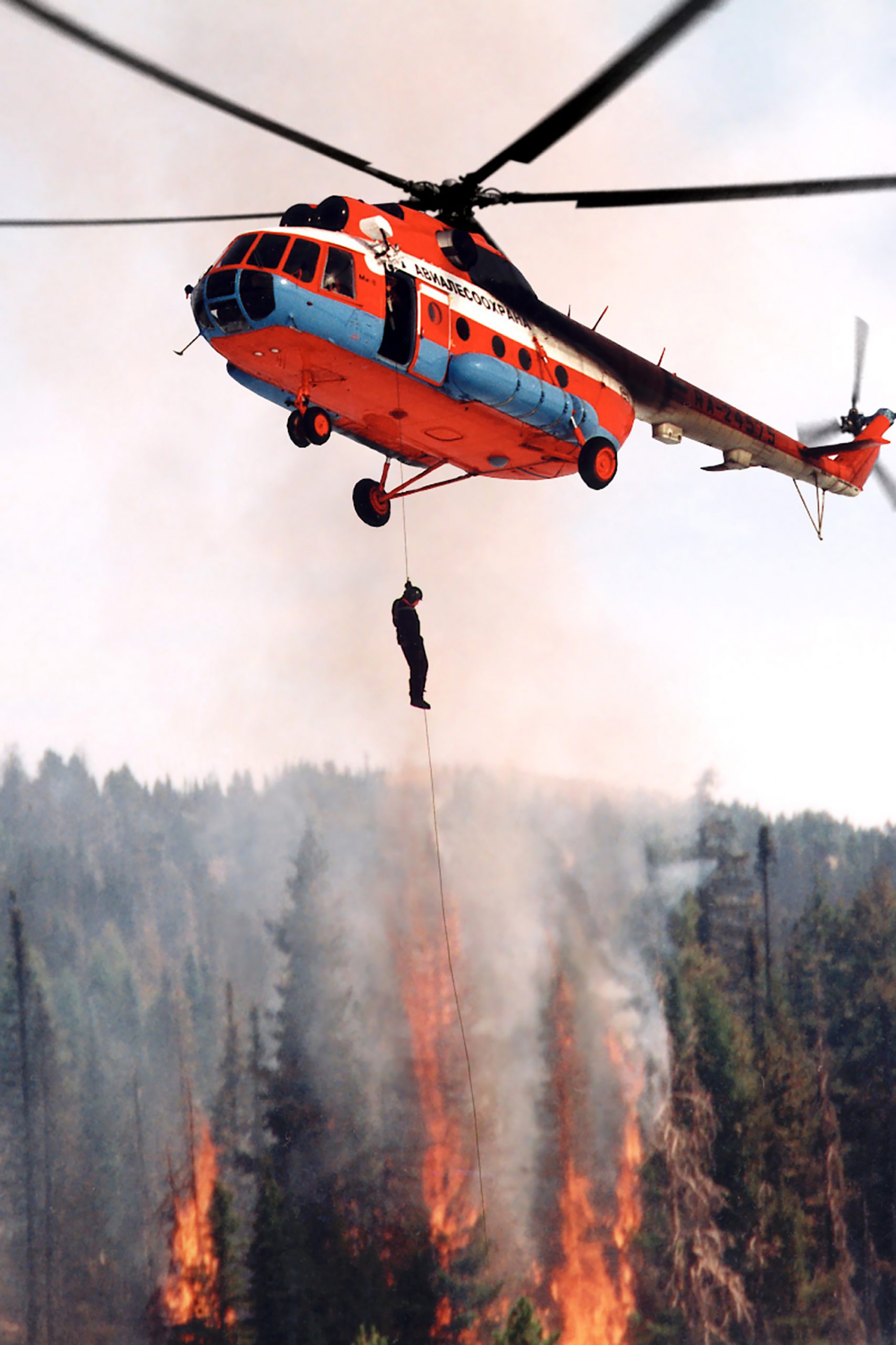 Launched in 2016, the New East Photo Prize seeks to broaden perceptions of the New East through the medium of photography. It is a Calvert 22 Foundation initiative supported by its award-winning online magazine, The Calvert Journal. The biennial prize received over 700 entries this year from 26 New East countries.