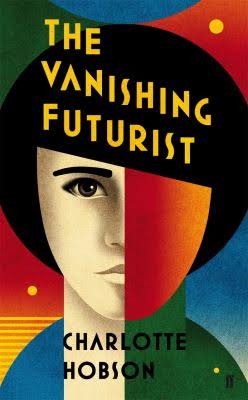 Given the seductive appeal of the Russian Revolution (at least for British audiences) it is perhaps peculiar that so few novelists, with the notable exception of Penelope Fitzgerald and The Beginning of Spring, have sought the streets of Moscow in 1917 as the backdrop to a romantic tale. Few though could be more qualified in this task than Charlotte Hobson, a journalist, novelist, and translator who read Russian at the University of Edinburgh.

She followed up on her studies by spending a year in Voronezh where she witnessed the collapse of the USSR first-hand. Her first book, the autobiographical, Somerset Maugham Award winning Black Earth City: A Year in the Heart of Russia (2001) chronicles the peripeteia of this period, an experience which inevitably infuses the narrative of The Vanishing Futurist with a journalistic flair for observing such seismic political shifts in the minutiae of the daily lives of contemporary Muscovites. Present to witness the October Revolution of 1917, the dissolution of tzarism, the Bolshevik uprising and subsequent civil war is Gerty Freely, a ‘bookish, scrawny’ girl who (like Hobson in 1991) is an English outsider witnessing the epoch-defining collapse of a Russian regime.

In 1914 Gerty takes up the post of governess to the wealthy Kobelev family at no. 7 Garinsky Lane, Moscow where she soon becomes stranded following the outbreak of World War I. As the family flee to the Crimean countryside, Gerty remains with the matriarchs M-elle aunt Anna Vladimirovna, as well as the Kobelevs’ mysterious and eccentric lodger — the budding quantum physicist Nikita Slavkin. Seemingly moulded on the chimeras of Soviet inventors and theorists such as Nikolai Fedorov and Konstantin Tsiolkovsky (who planned ahead for the future resurrection of all mankind and the subsequent conquest of space), Slavkin employs his acute knowledge of Einsteinian relativity to create a ‘Propaganda Machine’ which can be taken throughout the provinces and used to inoculate the Russian population from the dangers of bourgeois complacency in typically agitprop style. Participants are encouraged to step into a ‘socialisation capsule’ in which their temporal experience is rejigged so that they may leave fully immersed in the age of communism. In this way Hobson deftly peppers the narrative with references to the pseudo-science of the era that attempted to justify the historical determinism of state-sponsored Marxist-Leninism. Captivated by the potential for scientific advances to aid the cause of the Revolution, Slavkin declares: ‘Our Time Travel will carry us instantly not to another Age, nor another Place, but another Now’. Such wide-eyed optimism seems misplaced in a city in which we learn locals have begun cooking rats out of necessity. Nevertheless Gerty is enthralled by Slavkin and his wild ideas and soon succumbs to his sexual advances.

With the unexpected return of the two young Kobelev siblings Pasha and Sonya, a commune is enthusiastically established at 7 Garinsky Lane under the suitably bombastic title The Institute of Revolutionary Transformation. Slavkin naturally assumes leadership of the commune and establishes an idealistic system of collective living in which all resources are pooled, daily exercises are enforced, food is rationed, and sexual relations are banned. Inevitably Slavkin’s edenic commune suffers its fall from grace as forbidden liaisons, leadership squabbles and resentment towards the commune’s increasingly cultish tone undermine his lofty ideals.

The great success of The Vanishing Futurist is to capture the cataclysmic power of the Revolutionary mindset and the fizzing creativity it inspired amongst the inventors, artists and poets of the period. In this way Hobson reminds us in a post-modern age where pervasive irony and self-awareness so often seem to limit creative horizons, monumental utopian projects (whether realised or not) can lead to startling creativity. As Gerty reflecting on her time in the Institute of Revolutionary Transformation notes ‘The real cause of astonishment, to my mind, does not lie in our failures – of which of course there were many – but in the incredible extent of our successes.’