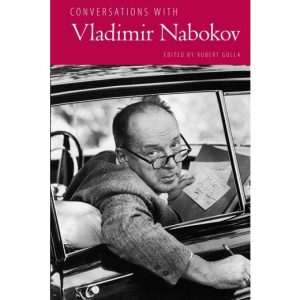 Vladimir Nabokov once said, “Lolita is famous, not I. I am an obscure, doubly obscure, novelist with an unpronounceable name.” (A tip from the family themselves is to pronounce it as ‘Na-BOAK-ov’, where ‘BOAK’ rhymes with smoke.) For those curious about Nabokov himself, Robert Golla’s collation of interviews by Nabokov in Conversations with Vladimir Nabokov serves as an ideal introduction to Nabokov.

The interviews included start from 1958, not long after the American edition of Lolita was published, and finish with an obituary of sorts published in 1977. Whilst the interviews chosen primarily centre on Lolita, his other works are briefly mentioned and the reader can also discover recurring themes that are important to Nabokov. For instance, we see Nabokov-as-lepidopterist several times and how he helped to challenge the classification system for cataloguing butterflies. There are even new anecdotes that even die-hard Nabokovians may not have heard before such as his son, Dmitri Nabokov, filling out his father’s occupation as a tennis coach in his school registration form.

Helpfully, Golla provides a succinct yet detailed chronology on Nabokov’s life and enables easy-referencing by listing the interviewer and year in the heading. Nabokovians may be wondering however, what Conversations adds to the enormity of Nabokov scholarship already present. After all, it seems that not a year can go by without a new book on Nabokov being published. This is particularly true given that Nabokov himself collated and provided commentary on his own interviews in Strong Opinions (1973). In terms of overlap, only three interviews in Strong Opinions are also present in Conversations, leaving 25 interviews that Golla describes as unpublished or untranscribed. Highlights of the collation include Boyle’s and Levy’s interviews. Thus, Conversations has its merits and is not published like Strong Opinions, merely to fulfil his contract with the American publisher McGraw-Hill for eleven books within 5 years. 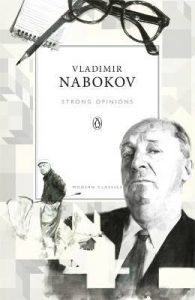 Importantly, there are a few problems with the interviews. The interviews themselves slightly overlap and contain inaccuracies (e.g. one interviewer describes Nabokov’s father as assassinated when another correctly observes that V.D. Nabokov died shielding the assassin’s true target). Golla himself provides no guiding footnotes or any indications of his editing. There are also problems for academics using this as source material. However, Conversations is ideal for those who are not ready to tackle Brian Boyd’s two-volume biography or ready to commit to Nabokov’s posthumous Lectures on Literature series published in three-volumes. Overall, Conversations is a good primer for those new to Nabokov but will be mostly familiar to specialists and confirm previous scholarship. 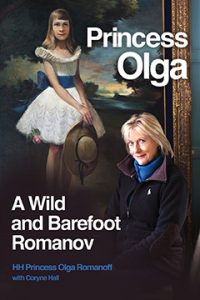 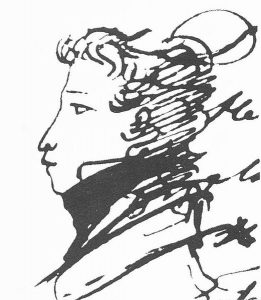