They say that home is where the heart is, and whilst for many that place remains to be their motherland, others may decide to plant their roots elsewhere. Be it for social, political, or personal reasons, when the call of another country reaches the soul of the to-be pilgrim, the oncoming change of scenery might not simply be one of a recreational voyage, but one of solace or a new beginning.

In those travels, men and women of cultural weight often also seek asylum, or just a bit more freedom – which is especially true in the case of many Russian cultural icons. Thus, because of this the world is dotted with places of Russian heritage, whereupon many years ago, emigrants broke the boarders of their homeland and planted their intellectual flags in the soils of such places as France, Italy, UK, and the U.S.A. And in this list we look at 5 Russian cultural figures who are well-known for doing just that, and invite you to explore a few spots where their presence remains felt to this day. 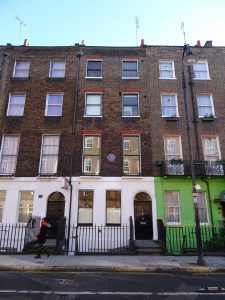 Understandably, Lenin’s high political profile and radical ideas often resulted in his becoming the target of unsavoury action, thus forcing him to flee abroad. Whilst never sprouting roots in London permanently, Russia’s revolutionary icon frequented the city extensively between 1902 and 1911.

You can find Lenin’s commemorated places of residence at 16 Percy Circus – to which he took following the events of Bloody Sunday in January of 1905 – or at 21 Tavistock Place – not far from Tavistock Square, where such literary celebrities as Virginia Woolf and Charles Dickens wrote some of the most famed works – from which he would frequently walk to the British Library and spend countless hours buried under a mountain of books.

In addition to places of residence, one can also venture into the Crown Tavern in Farrington and have pint in a pub where Vladimyr Ilyich once shared one with Stalin himself. It is often thought that this is the place where the two first met. 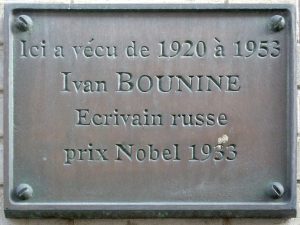 Plenty of literary greats have made an obligatory pilgrimage to Paris. The city’s bohemian allure, creative atmosphere, and endless roster of fine artists continuously proves to be an attraction for creative minds from around the world, but in the case of Bunin, it also proved to be a haven from the terrors of his homeland.

A fervent opposer of Bolshevism, Bunin was deeply affected by the advent of the Russian Revolution and the events leading up to the Russian civil war. Exiled by the unstable social landscape, the writer, along with his second wife Vera Muromtseva, settled in Paris, where he would concentrate on developing his prose and eventually become the first Russian writer to receive a Nobel Prize for literature.

Bunin would go on to live the rest of his life in Paris, and a plaque commemorating his residence at 1 Rue Jacques Offenbach remains there to this day. 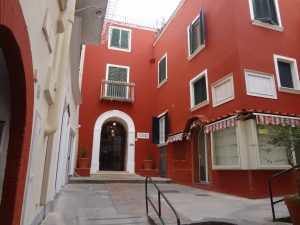 I suppose that a lot of us wouldn’t mind spending a vacation in Italy, not to mention living there for a while. For Russian aristocrats and creative professionals this feeling was mutual, as plenty of the elite have often enjoyed spending time in the Mediterranean paradise.

As a wealthy and established writer – as well as a prominent member of the Bolsheviks – Maxim Gorky too had the liberty of calling Italy – in this instance the island of Capri – his home for 7 years.

Though initially inhabiting luxurious hotels with his lover, actress Maria Andreeva, Gorky would eventually settle in the crimson Villa Behring – name after Nobel laureate Emil Von Behring – where he would host visits from such callers as the aforementioned Vladimir Lenin. The Villa stands to this day, and continues to be an attraction to fans of the writer’s works, and not too long ago, one of the island’s streets was also named after the esteemed Russian. 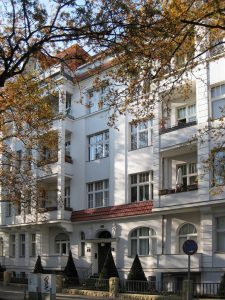 This famed Russian writer has perhaps had far too many residences across the globe to name in just one entry. A well-travelled man since childhood, Nabokov’s wealthy upbringing featured extensive voyages to such places as France, Austria, and Germany. During his adolescence, the future author would also venture into the United Kingdom for his studies at Cambridge, splitting his time between the island and Berlin, where his family resided following their departure from Russia due to the disconcerting circumstances brought on by the revolutionaries.

Nabokov would go on to spend 15 years living in the German capital. Alas, during his time there the writer never allowed himself to integrate with the German population or learn the language, and instead, chose to remain within the Russian community. Nevertheless, a plaque commemorating his life there still hangs at Egerstrasse 1, Berlin-Schmargendorf.

The Nazis would eventually force Nabokov to leave Germany for the United States, where the writer would complete his famous novel ‘Lolita’.

The first ballerina to tour around the world, Pavlova has seen everything from South America, India, to Australia, and beyond. Between 1912 and 1926, the dancer would also explore the vast plain of the United States, travelling from coast to coast and mesmerising the public with her abilities.

Following her departure from Russia in 1912, Pavlova would go on to live the rest of her life in London, at the Ivy House in North End Road, Golders Green, which has now become a Catholic girls primary school. Formerly a London Jewish Cultural Centre, the house was once featured in the 1983 autobiographical film about the ballerina, and is to this day adorned with a blue plaque featuring her name.

The list, of course, goes on, but when looking at these five prominent members of the Russian cultural front and their chosen destinations, one can certainly appreciate the reach of a given cultural force. 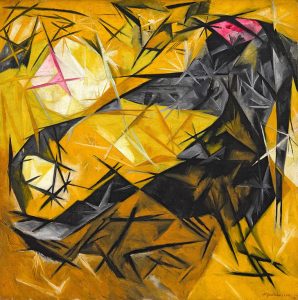