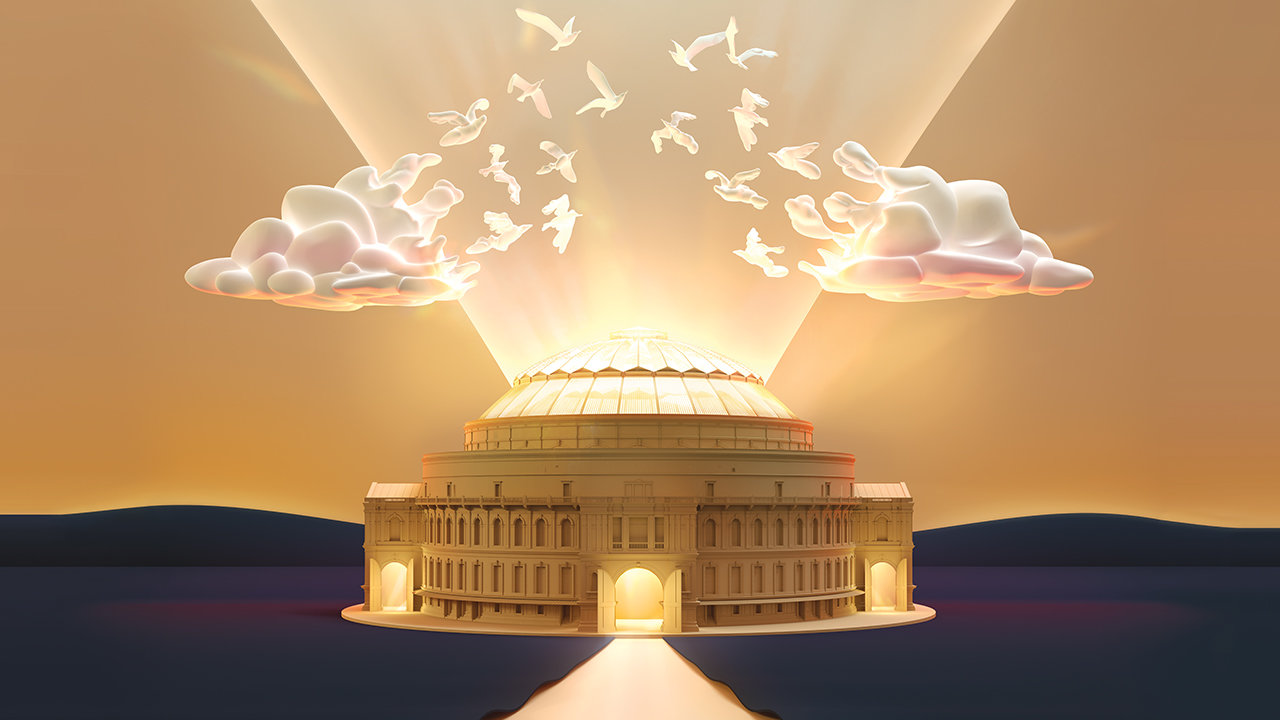 Our readers may already anticipate the feast for the ears and eyes, which is the BBC Proms, taking place at the Royal Albert Hall each year. One of our authors makes a comprehensive list of those musical concerts featuring Russian classical music performed throughout the Proms season.

BBC Proms is a world-famous classical music festival. It celebrates a variety of musical genres, the excellency of performers, the sophistication of the discerning public and greatness of the classical music. In 2017 Proms will take place between14 July – 9 September. As usual, the extraordinary Royal Albert Hall will accommodate the Festival as it has been doing all these previous years. However, in 2017 concerts will also be held at such venues, as the Cadogan Hall, Bold Tendencies Multi-Storey car park, Southwark Cathedral, Imperial College Union, Wilton’s Music Hall, Tanks at the Tate Modern and Stage @ TheDock.

Proms is known for its carefully selected, “catchy” and attractive programme of musical events that cater for different audiences. Some events challenge the experienced musical aficionados, others – introduce novices to the field of classical music. On a varying scale between them are different family events that target young visitors and “get involved” projects that inspire the viewers to collaborate and perform. Balance between the well-known classics, forgotten treasures and challenging contemporary music provokes constant stream of interest. People travel from all over the world to enjoy the unique atmosphere of the BBC Proms. Tickets should be booked in advance, otherwise one may end up  “promming” or have to queue for standing tickets and enjoy the performances either from the Arena or Galleries of The Royal Albert Hall.

Proms is like a cultural explosion: it is so easy to get overwhelmed. With all the abundance and variety of programmes and performers, one can easily get disoriented and confused. However, there is always a safe choice: something that will always satisfy and inspire – the Russian Music. So, here is our own selection of the events sifted through by an expert. 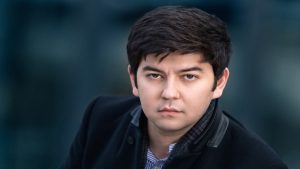 Start your evening at 17:45 at the Imperial College Union (5min walking distance from the Royal Albert Hall) where musicologist Marina Frolova-Walker will introduce the audience to 10th Symphony by Shostakovich, which is going to help one appreciate this magnificent music. 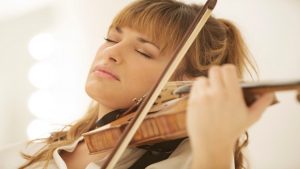 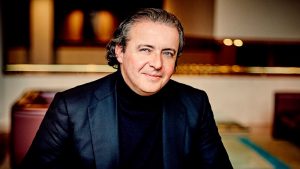 This symphony is one of the greatest pieces ever composed and is Tchaikovsky’s last masterpiece. It demonstrates his great lyrical and monumental style, emotional depth and drama. 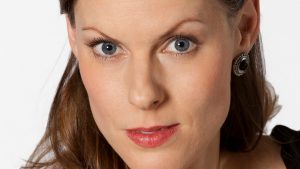 Rimsky-Korsakov was an outstanding opera composer, a real story-teller, musical fairy-tail creator. “Scheherazade” is a symphonic piece which treats orchestra as a magical tool-box producing most beautiful colours and sounds. Watch out for the beautiful violin solo!

Stravinsky’s “The Rite of Spring” by conductor Thomas Ades and National Youth Orchestra of Great Britain.

The Ballet “The Rite of Spring” shocked Paris in 1913. The public split into two groups: those who loved and those who hated the ballet. The audience could not resist its modernist appeal and new musical language, bright costumes, unusual choreography and provocative story (the invocation of spring through making young girls dance ecstatically until they dropped dead from exhaustion). Surely, the fiery passion of the Youth Orchestra and ever-inquisitive Thomas Ades will not leave you disappointed. 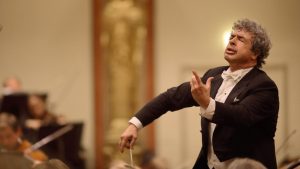 This is going to be a concert performance of the opera. Sung in Russian, it narrates a story of the late 17th century Russia when Peter the Great was ascending to power. The opera was left unfinished and was never fully orchestrated. Nevertheless, later it did undergo two orchestrations: by Rimsky-Korsakov, and by Shostakovich (the latter version will be performed at the Proms). 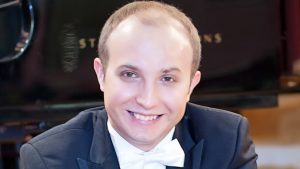 It will be performed by pianist Alexander Gavrylyuk, conductor Thomas Dausgaard and BBC Scottish Symphony Orchestra. These are two greatest works written by composer. They will be followed by yet another great piece by Rachmaninov: The All-Night Vigil. 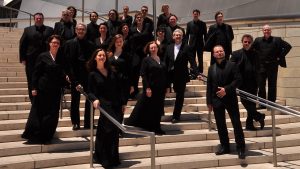 “The greatest musical achievement of the Russian Orthodox Church” will be performed by Latvians: director Sigvards Klava & Latvian Radio Choir. This evening promises to be a true spiritual journey. 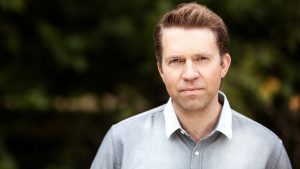 Originally written as a ballet, Stravinsky’s “The Firebird” (like “The Rite of Spring” and “Petrushka”) also exists as an orchestral suite.

Rachmaninov’s 4th piano concerto is very rarely performed. It aims to compete with concerto No 2 and No 3, and is definitely worthy of attention. Shostakovich’s 12th symphony was composed in 1961 but then was ordered to be rewritten at the last minute.

This concert is a real celebration of Russian Romanticism in music. Taneyev was gifted with synaesthesia (the ability to associate music and sound, in the same way as the artist Kandinsky). This natural ability endowed Taneyev’s music with vividnes, emotional depth and rendered it bright and descriptive. Rachmaninov’s 1st concerto has its educational and historical value, while Tchaikovsky’s symphony “Manfred” is a great piece perfectly suited to the acoustics of the Royal Albert Hall.

Prokofiev’s Cantata for the Twentieth Anniversary of the October Revolution, Tchaikovsky’s Piano Concerto No 3 and Shostakovich’s Symphony No 5 performed by pianist Denis Matsuev, conductor Valery Gergiev, the Mariinsky Chorus and Mariinsky Orchestra.

This year marks a centenary of the October Revolution and Prokofiev’s Cantata is a perfect commemoration of this historical event. Tchaikovsky’s 16min long 3rd piano concerto was composed as symphony, but then rewritten as a piano concerto in only one movement. Finally, Shostakovich’s 5th Symphony, written is 1937, is a protest against Stalin’s dictatorship. 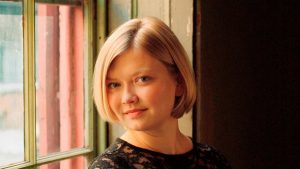 We recommend that you follow closely Jurowski’s performing schedule. The upcoming concert stands out not only through the selection of three outstanding musical pieces, but also through following their inner logic and demonstrating connections between them. One could confidently call this a cycle structured through the outstanding performance and conducting. We are also looking very much forward to Jurowski’s excellent introductory talks.