My mother once called me a “balalaishnik” (a balalaika player) as a tongue-in-cheek reference to my guitar-playing pass time. Understandably, I was somewhat lightly offended by such a comment – being a student of what I considered to be a more advanced instrument – but nonetheless, I ended up taking it in good stride; for I could certainly discern the evident connection between the two distant relatives of the lute. However, that particular mention of the instrument in question remained in my mind until this this very day, when it festered into a curiosity regarding Russia’s iconic member of the stringed musical family. 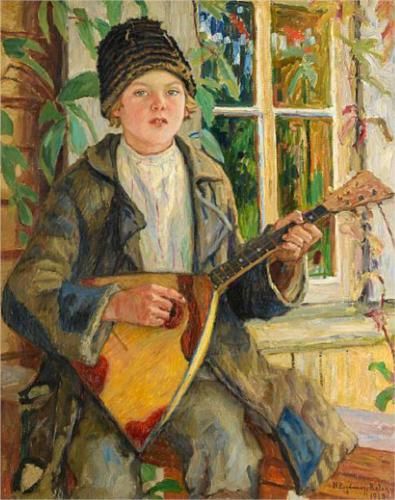 Mention of the balalaika dates back as far as 1688. A descendant of the domra – a long-necked, hollow-bodied, three-string Slavic lute, which in itself originated from a similar Kazakh/Bashkir instrument dombra – the balalaika saw its beginnings within the Russian folk culture between the 16th and 17th centuries. Originally long-necked and semicircular in shape, the familiar triangular shape of the balalaika came into being sometime towards the 18th century. A plethora of regional manufacturing traditions meant that until the end of the 19th century, the balalaika would come in a variety of styles – from the rare small, oval-shaped bodies, to the aforementioned, more popular triangular shapes that have become the instrument’s trademark. 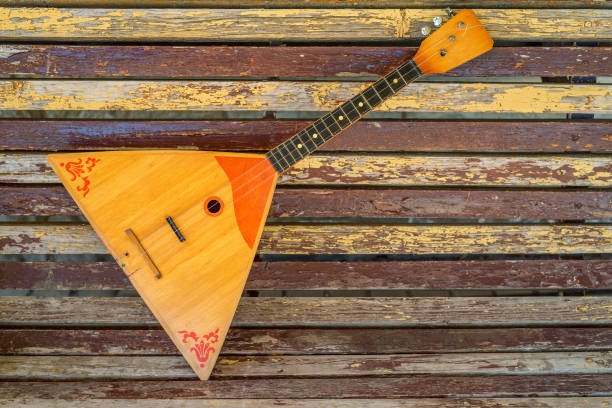 Whilst available in a selection of sonic ranges (from piccolo to bass), and with different designs accommodating from 2 to 6 six strings, the most common variant of the balalaika is the 3-string prima, which is typically tuned to E4, E4, A4 (above the middle C). Plucking the instrument with either a leather plectrum – often made from shoes or boot heels when playing a contrabass variation of the instrument – the player frets the lower strings with the thumb of the left hand to create chords whilst sounding notes with the index finger on the high string.

Though commonly associated with representatives of the “common folk” and the Christian blue-collar Diaspora, the presence of this uplifting instrument would go to reach the ears of noblemen and women – with true virtuosos even bringing its sound to the courts of Peter the Great, Catherine II, and Paul I.

A standardized version of the balalaika that we know and love today was later developed at the end of the 19th century by violinist Vasiliy Andreev – with the help of violin builder V. Ivanov – and it is this variation of the instrument that would become a part of musical ensembles and even solo concerts, further consolidating its presence within musical circles. Following Andreev’s efforts to perfect the instrument, the 20th century saw the balalaika separate into two different classifications – the professional, “academic” balalaika (featuring an extended scale) and the traditional, simpler, folk alternative. These designations of the instrument have remained to this day, with each having their own style and application.

So there you have it – a brief history of one of Russia’s most iconic instruments. Yet, whilst its origins and overall demeanour may somewhat underwhelm the regular enthusiast of the arts, this mere notion of interest in its story demonstrates, that the balalaika is not simply a novelty symbol of Russian culture, it is a staple of its tradition and the sound of its history – and there are much worse things that one can be a part of.