BACK TO ANNA – LIVE AND STREAMED PERFORMANCE PREVIEW + Q&A 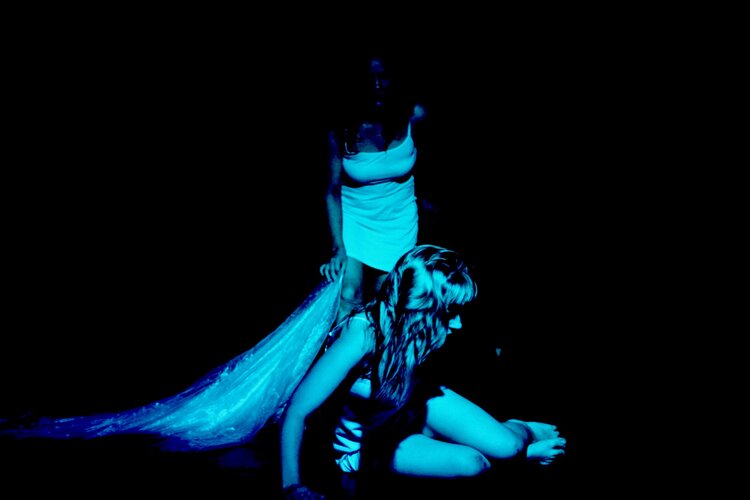 Back to Anna, @Pushkin House

Leo Tolstoy is composing his masterpiece Anna Karenina by dissecting the women around him, particularly his wife Sofia. But she has some objections to the roles her alter egos are forced to play. And as husband and wife leap between paper-puppet world and reality, Anna is watching them, waiting for her train.

Back to Anna is a crisp, multi-rolling play about the forgotten female voices and lived experiences Leo Tolstoy co-opted to write Anna Karenina. It explores authorship as power and writing as negotiation, merging sharp text with vibrant movement. By interweaving two narrative strands – one inspired by fiction, one by the Tolstoy couple’s private diaries and letters – Anna Karenina becomes a prism to examine the Tolstoys’ lives.

Anita Brokmeier & Anna Clart, two emerging international artists now based in London, have written, directed and devised jointly since 2016. They take classic literature such as Tristan & Isolde or Dorian Gray and playfully reimagine these sources for the stage by combining new writing with adaptation, generating fresh, cutting-edge narratives.

Back to Anna was longlisted for the Radius Playwriting Award and tested at a staged reading at Pentameters Theatre in February 2020. After an intensive research & development workshop, the ensemble is excited to perform a work-in-progress sharing of the first act, followed by a Q&A.