Icons of Modern Art: The Morozov Collection is a wonderful book. Page after page (and there are over five hundred of them) features reproductions of the masterpieces that Mikhail and Ivan Morozov acquired over a period of twenty years. 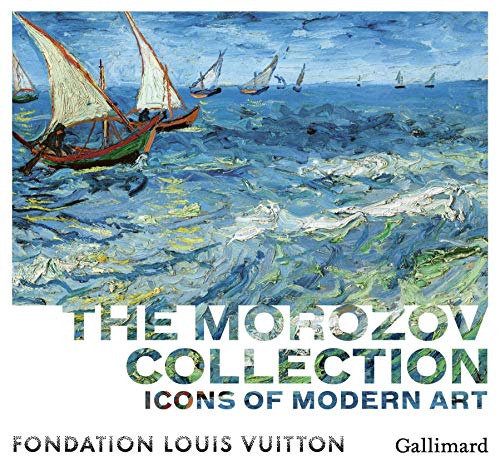 Beginning with a shared passion for Impressionism and moving through Ivan’s interest in Gauguin, Van Gogh, Bonnard and Matisse it traces the assembly of one of the greatest collections of late-19th and early 20th century art ever undertaken outside of an institutional context.  In the salerooms and galleries of Paris the brothers, like their fellow collector Sergei Shchukin, acquired works that were inspirational to those fortunate enough to visit their Moscow homes and see them.  “In the main salon there are thirty Matisses!” Wassily Kandinsky wrote after one such visit to Shchukin’s mansion, “the effect is simply stunning.” The scale of these artistic plans sometimes extended beyond simply buying a painting. Shchukin not only bought Matisse’s art, but even persuaded the artist to visit Moscow after commissioning the immense The Dance and Music to decorate the staircase at his mansion. The same railway tracks and steamships that carried paintings into Russia also carried people and ideas. 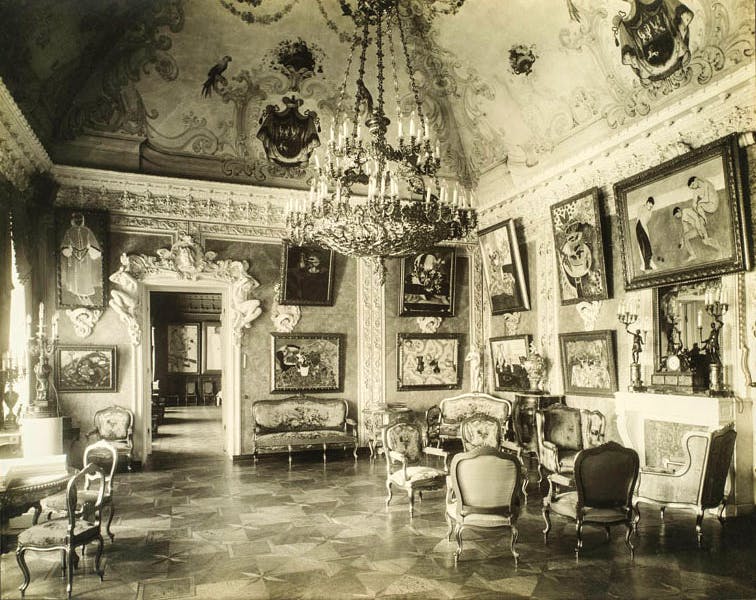 The Pink Salon, with paintings by Matisse, in Sergei Shchukin’s Moscow home (c.1914)

The 2016-17 exhibition ‘Icons of Modern Art: The Shchukin Collection’, held at the Fondation Louis Vuitton, Paris, was a blockbuster by any standards, the result of years of planning and negotiation, bringing some 200 masterpieces (now distributed between the museums of Moscow and Saint Petersburg after their ‘nationalisation’ by the Bolsheviks) back to Paris, many for the first time.  And having pulled off a show devoted to one titan of the pre-Revolutionary Russian art world it was logical, although by no means straightforward, for the Fondation to try and accord the Morozovs a similar exhibition.

The pandemic necessitated some rescheduling, but the Morozov brothers finally got their show. It opened on 22ndSeptember 2021 (my review appeared on this site on 14th January) and ran through late-autumn and winter months. Elsewhere in the city the Petit Palais was also hosting a major retrospective of Ilya Repin’s work at this time, thereby ensuring that many of the greatest treasures of Russia’s galleries were, in fact, on Parisian walls at the turn of 2022.

The contents of the Repin exhibition, which reached Paris after a four-month stay at the Finnish National Gallery in Helsinki, returned to their respective homes after its closure in January.  The Morozov exhibition was also scheduled to return directly to Russia, to be installed in Moscow’s Pushkin Museum for the summer months. Much has changed, however, since the paintings left on their journey westwards. If the exhibition represented one thing when it opened it, like everything else, has become inseparable from the new reality of Russia’s political and cultural isolation in the wake of its unprovoked invasion of Ukraine.

To leaf through the catalogue today is to be reminded of this. The introductory letter from Emmanuel Macron speaks of the Morozovs as building “a bridge of the arts between the banks of the Seine and the Moskva,” a bridge that remains in place today and allows the paintings to return briefly to the city where they were often produced and usually acquired. For his part, Vladimir Putin writes in his letter of the “long-standing special relationship” between Russia and France, and hopes that the exhibition may “contribute to the continuing development of bilateral cultural links.”  It is hard to believe that such words were penned barely eight months ago. The ‘Trianon Dialogue’ established in May 2017 to boost cultural links between the two countries has now given way to the more sombre diplomatic discourse of a still-worsening situation.

In the midst of this, however, the Morozov exhibition was allowed to extend its run, closing on 3 April instead of its initially scheduled 22 February end-date. This certainly added to its visitor numbers, which were around one and a quarter million in the final analysis, only marginally lower than the Shchukin show, which was held in a pre-pandemic era. Given that the paintings’ loan to France was only possible with the direct approval of the Russian President this extension was quite possibly also authorised at the highest level, even though we now know what else was being planned in Moscow around that time.

This extension meant, however, that the paintings became caught up in the worsening relations of the post 24 February world. The question of their return became highly complex, not only in terms of the logistics of transporting so much priceless art over increasingly closed borders but, it soon became clear, in the question of whether some of the art would be returned at all. As curator Anna Baldassari told an interviewer in 2021, whilst the bulk of the exhibition content (some 170 paintings) came directly from the three main museum partners (the Hermitage, the Pushkin Museum, and the State Tretyakov Gallery) they were augmented by loans from other museums and from private collections. Some of the Morozov collection had been sold off after its ‘nationalisation’, and these individual loans allowed the exhibition to be as comprehensive as possible in reassembling the art the brothers had so carefully acquired.

The return of the bulk of the exhibition content is a matter of logistics: contingent on the routes by which paintings can cross borders in a world where travel is circumscribed. Or, indeed, determined by whether the owner of the painting is in a position to safely take it back at the moment.  It was revealed as the exhibition closed that a portrait of Margarita Morozova by Valentin Serov belonging to the Fine Arts museum in the Ukrainian city of Dnipro would not be returning straight away. The French Ministry of Culture announced the work will stay in France “until the situation in the country allows its return in security,” making clear that this was “at the request of the Ukrainian authorities”. 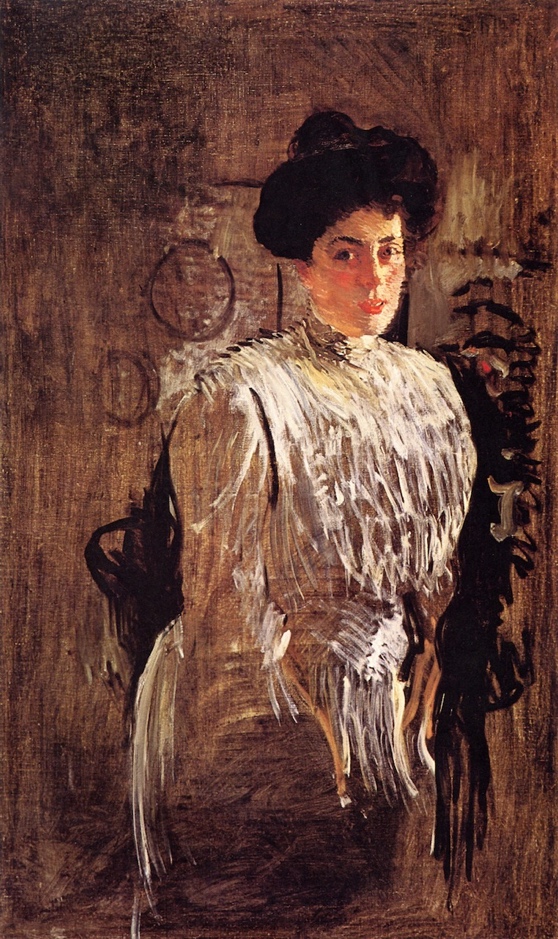 Some of the private loans, however, pose problems of a different nature. With some oligarchs targeted in European Union sanctions, it was announced by the French Ministry of Culture that some paintings “will remain in France so long as its owners… remain targeted by an asset freeze.”

As is the convention with exhibitions, and particularly those arranged at such a high level, works loaned to the exhibition from Russian galleries and foundations were covered by the French law prohibiting their seizure by third parties.  In the case of private loans, however, this was overridden by the sanctions imposed on individuals, which targeted those with close links to the Kremlin.  This is a complex legal terrain to navigate.

That the artworks at the centre of this issue should be those acquired by the Morozov brothers is a sad irony. Neither the Morozovs nor Shchukin were political figures or oligarchs in the modern sense.  They were largely apolitical businessmen who had grown wealthy under the Tsarist system. Their collections, as the Parisian exhibitions of 2016-17 and 2021-22 remind us, were expressions of a belief in dialogue across borders. 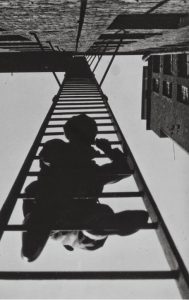