Fine Russian antique weaponry will be sold at auction on 4th December 2019 at Thomas Del Mar Ltd. The top lots include:

The town of Kubachi in Dagestan has a long history of arms production, the name roughly translating as ‘mail master’.  The inhabitants apparently supplied Tamerlane with mail and other weapons in the 15th Century though the town is now best known for the deluxe weapons produced there during the second half of the 19th century such as the present example.

The couplets read: “zada dawlat sahib hadha al-sayf wa ‘umrahu / wa qadrahu wa baraka fi ‘iyalihi yawm fa-yawm” (“May the fortune and life of the owner of this sword increase / And his stature, and [God] bless his family every day.”) and “w’anala maqsad fi’l-‘izz bi’l-farah w[a]’l-ghurur / wa ballaghahu ila darajat al-‘ula” (“Grant him [his] goal in glory and in joy and pride, And make him attain the ranks of exaltedness.”) 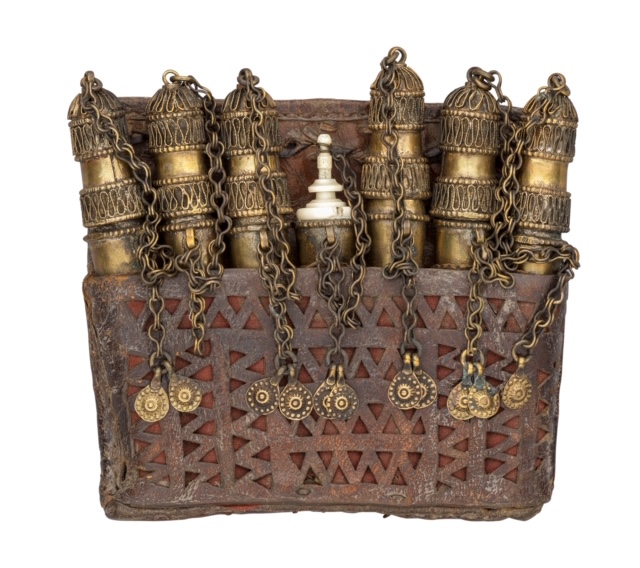 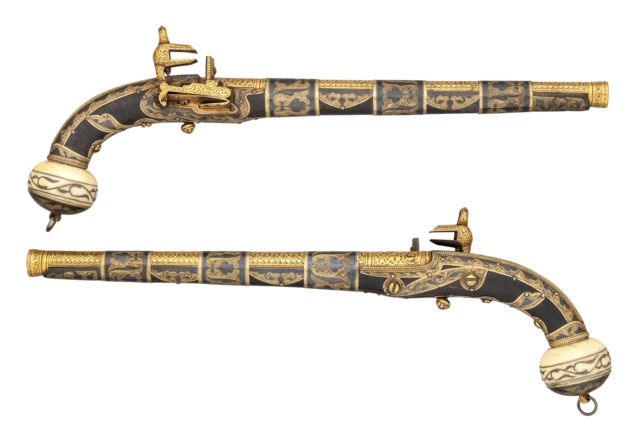