Atomic Alert!: Confronting “The Bomb” in the New Atomic Age

The Soviet Union’s detonation of its first atomic bomb on August 29, 1949, thrust the United States into a new and more precarious era. Just four years after celebrating victory in World War II as the only nation with an atomic bomb, Americans now found themselves confronting the probability of an atomic war. 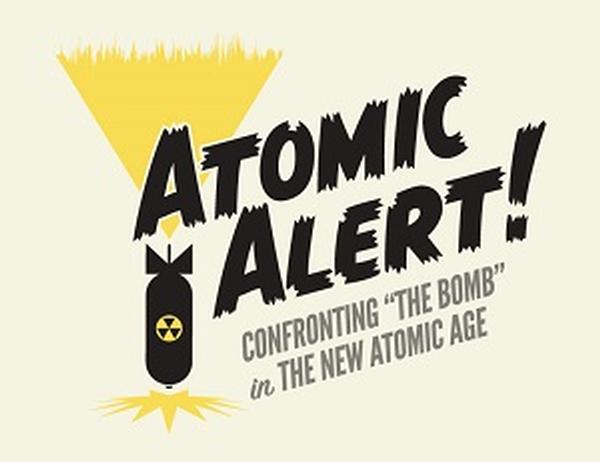 Atomic Alert!: Confronting “The Bomb” in the New Atomic Age, March 20-May 6, explores the government’s Cold War era efforts to educate Americans about what to do before an atomic attack, how to react to a sudden, blinding flash, and what action to take in the aftermath of an atomic blast.

Featuring artifacts and interpretation from Michael Scheibach, Ph.D., independent scholar and author, Atomic Alert! offers a unique opportunity to revisit the early atomic age when the world was divided between two atomic-armed adversaries: the United States and the Soviet Union.

A special feature of the exhibition will be a large interactive element called “When the Bomb Falls,” which allows visitors to explore the impact of a nuclear blast on a geographic area.

The Museum will be partnering with the Clinton Historical Society throughout this exhibition to explore how the Cold War fits into local history,  This partnership will include joint programming and an additional exhibition Clinton in the Cold War at the Holder Memorial building at 210 Church Street in Clinton, MA.