Please see Part I of the article here. IV. 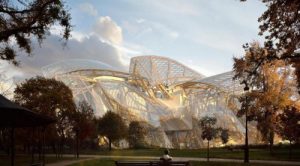 The Fondation Louis Vuitton, designed by Frank Gehry, is perhaps not the most obvious location for such reflections. It perches like a bejewelled beetle in the Bois de Boulogne, its glass-panelled forewings raised as though about to take flight. For Shchukin’s grandchildren, however, who contributed a foreword to the catalogue, the match couldn’t be more apposite: in their view their grandfather has found his 21st century counterpart in the Fondation’s director, Bernard Arnault. In slavish thanks to their sponsor they liken the two to “the inside and outside of a glove”. A more relevant comparison for russophiles might be with the super-rich of recent decades. Grand civic projects like the joint Roman Abramovich – Dasha Zhukova redevelopment of the island of New Holland in St Petersburg or even Stella Kesaeva’s eponymous art foundation in Moscow could do worse than measure themselves against Shchukin’s efforts to be an ‘activist’ taste-maker, educator and collector rolled into one. The exhibition also invites us to reflect in this centenary year on what happened after the revolution. The collection was nationalised by the Bolsheviks in 1918, and for a brief period its star was in the ascendant. It became a central part of the first ever national museum of modern art, the State Museum of Modern Western Art (New York’s MoMA wouldn’t open until 1929). There it was merged with another great private collection, that of Ivan Morozov. Inevitably, however, it was subject to the same cultural pressures as many of the other Tsarist-era expressions of wealth and privilege. From the 1930s it was regularly visited by the Workers’ and Peasants’ Inspectorate, where individual paintings were classified according to a five-point system of Communist utilitarianism. And in the hysteria of his final years Stalin ensured that the museum would be closed when he signed a secret decree describing it as “composed mainly of ideologically inadequate, anti-working class, formalist works of Western bourgeois art devoid of any progressive, civilising value for Soviet visitors”. The museum, he said, should be “liquidated”.

Considerate staff quickly hid the paintings away before anyone could think too much about what this might mean. The collection was formally split between Moscow’s Pushkin Museum and the Hermitage of St Petersburg. Icons of Modern Art, which gathers 130 paintings of the total 275, marks the first time many of them have been reunited since then. A few tentative loans were made for a Picasso retrospective during the Khrushchev thaw and an exhibition of French masterpieces in Russian galleries was organised under the auspices of André Malraux’s ministry of culture in the 1960s. But the Shchukin collection was considered particularly vulnerable to legal attack after one of Shchukin’s daughters brought a lawsuit demanding the restitution of the Picassos. (They were crated back to Moscow within the week, and Picasso had to hastily fill empty wallspace with more recent examples of his work.) Malraux only succeeded in coaxing Shchukin pieces to France by ensuring that the law could provide ‘immunity from seizure’ and personally guaranteeing their safe return. Shchukin himself, having survived the 1917 revolution and fled to Paris, lived in France until his death in 1936.  Was he once more tormented by recollection of what he had lost? It would appear not. Albert Kostenevitch, an eminent Shchukin scholar, writes that he said in the final decade of his life that he had built his museum for his country and there it should remain, come what may.

Other Articles By Edward Charlton-Jones 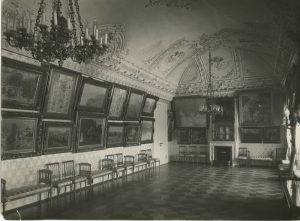