The Discover Moscow portal is now offering video tours of some of the city’s iconic buildings, including unique monuments of architecture, 19th century mansions, and examples of Art Nouveau and Soviet avant-garde.

The online excursions enable users to explore the layout, as well as the interiors and the historical background of cultural heritage sites, such as the buildings of the Northern River Station, the Igumnov Mansion and the Petrovsky Access Palace. 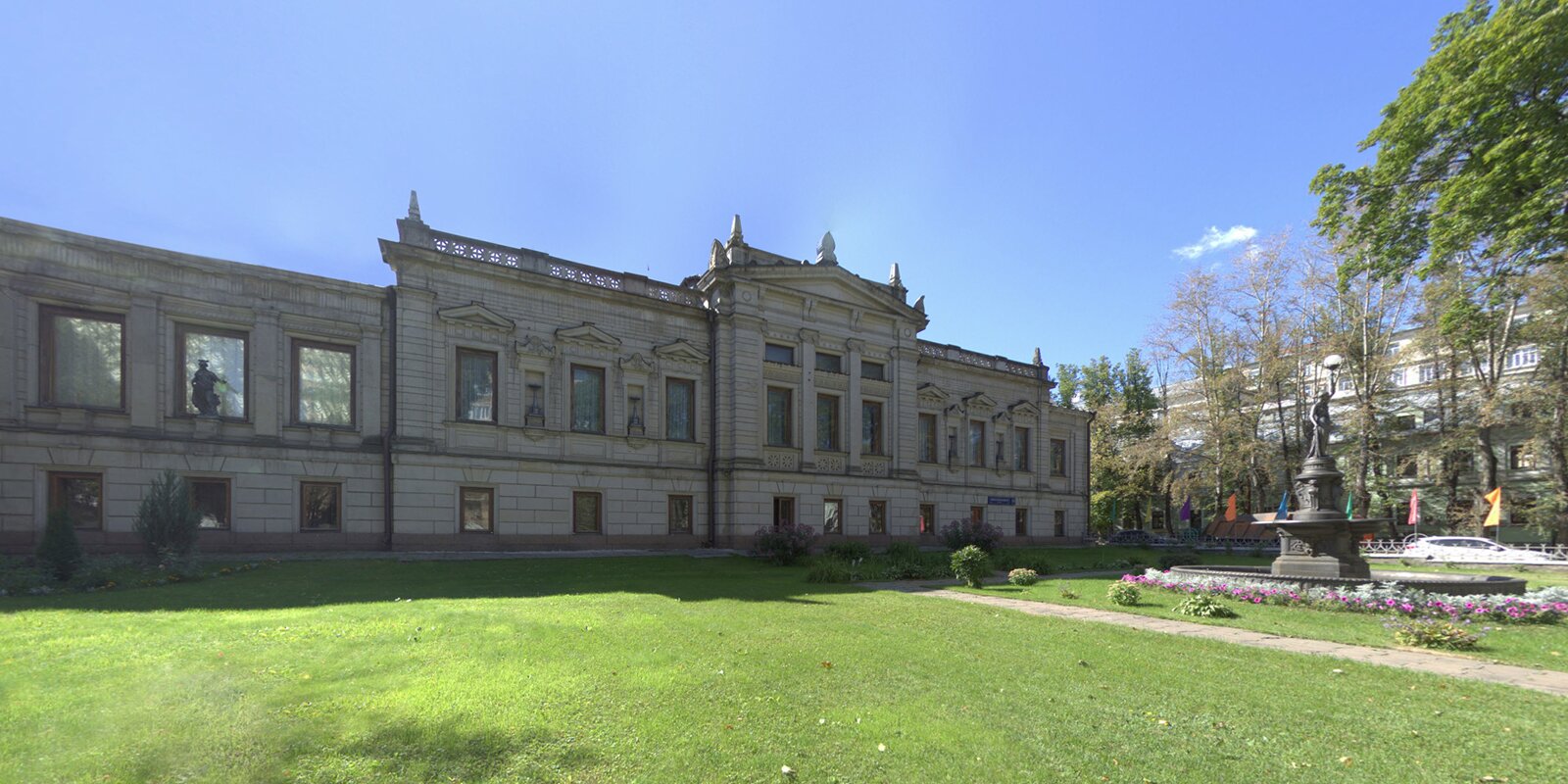 One of the video tours visits the Stakheev Mansion on Novaya Basmannaya Street. The mansion was built in 1898 in neo-Greek style for Nikolay Stakheev, a gold mining entrepreneur. Designed by architect Mikhail Bugrovsky, the house has preserved rooms in classical and Baroque style, as well as a Gothic dining room and a Moorish smoking room.

One of the best-known examples of the Russian style in architecture can be seen in an online tour of the Igumnov Mansion on Bolshaya Yakimanka. The house was built in 1895 by architect Nikolai Pozdeyev and has a layout that resembles ancient Russian chambers, partly due to its roofs of varying shapes and heights. The facades are decorated with brick, light natural stone and colored tiles.

Users of the Discover Moscow portal can also visit the Aleksandra Derozhinskaya Mansion on Kropotkinsky Lane. This was owned by the daughter of Ivan Butikov, a renowned cloth manufacturer, and was designed by Fyodor Shekhtel, a prominent Moscow architect and master of the Art Nouveau style. The mansion was built in 1901-1903 and equipped with state-of-the-art technology for its time, including steam heating, exhaust ventilation, water and sewage pipes, electricity and a telephone line. Since 1959 the Derozhinskaya Mansion has been the Australian Ambassador’s residence. 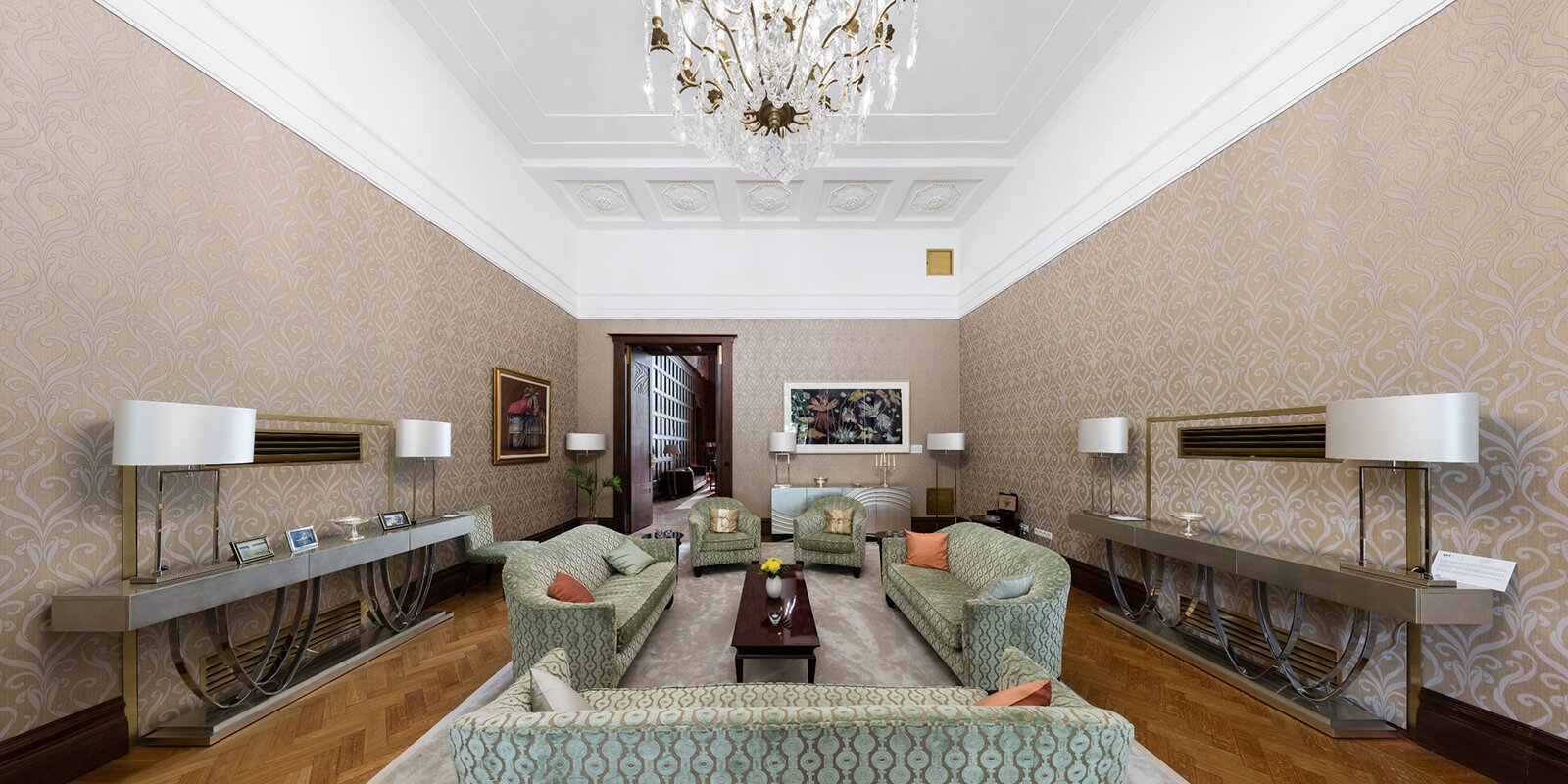 The Petrovsky Access Palace on Leningradsky Prospekt is another architectural monument that can be visited on via the Discover Moscow portal. This unusual brick building with ornamental details made of white stone was built in 1776-1780 according to plans drawn up by Matvey Kazakov. During the Soviet era, it housed the Zhukovsky Air Force Academy and currently serves as the Reception House of the Government of Moscow.

The portal also invites users to see the result of another bold architectural experiment — the House of the People’s Commissariat of Finance, located on Novinsky Boulevard. An outstanding example of the Constructivist style, the building was erected in 1928-1930 by architects Moisey Ginzburg and Ignatiy Milinis for the staff of the People’s Commissariat of Finance of the USSR. It features innovative planning ideas and was the first residential building in the country based on a reinforced concrete frame. 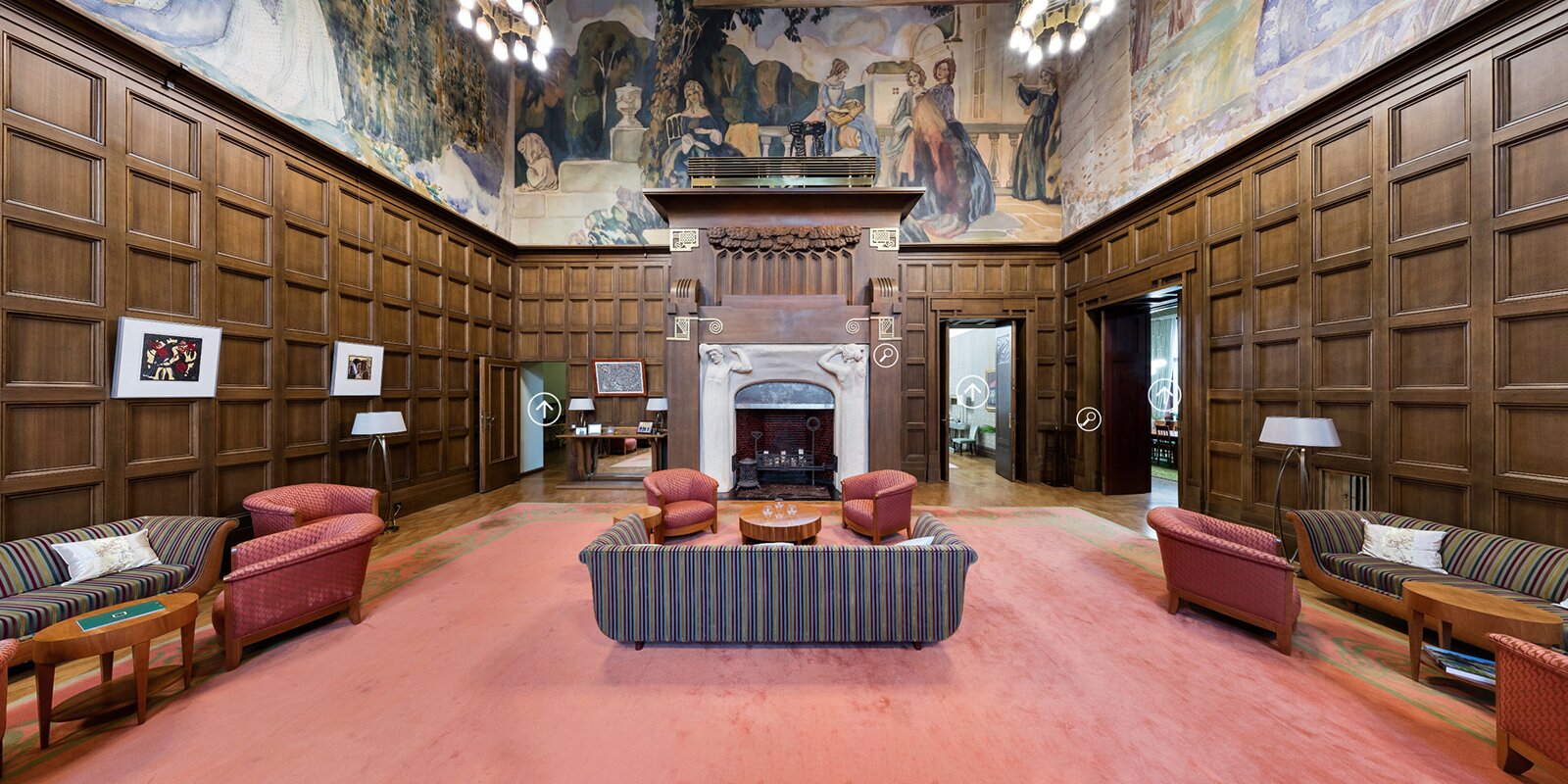 The Northern River Station is another unique monument of Soviet architecture of the 1930s. Located on the shore of the Khimki reservoir, it was designed by Alexey Rukhlyadev and Vladimir Krinsky and built in 1933-37, simultaneously with the construction of the Moscow Canal. The main theme in the Station’s architectural and artistic design is the image of Moscow as a port of five seas. Thanks to the opening of the Moscow Canal in the 1930s, river vessels leaving the port could access five seas: the Sea of Azov, the Black Sea, the Caspian Sea, the Baltic Sea, and the White Sea. The building resembles a huge double-decked ship. The central part with the main entrance, topped by a tower with a 27-meter spire, resembles a ship’s hull with cabins and open galleries featuring fountains on the north and south sides – the ship’s bow and stern. As in the past, vessels continue to arrive at and depart from the Northern River Station today.