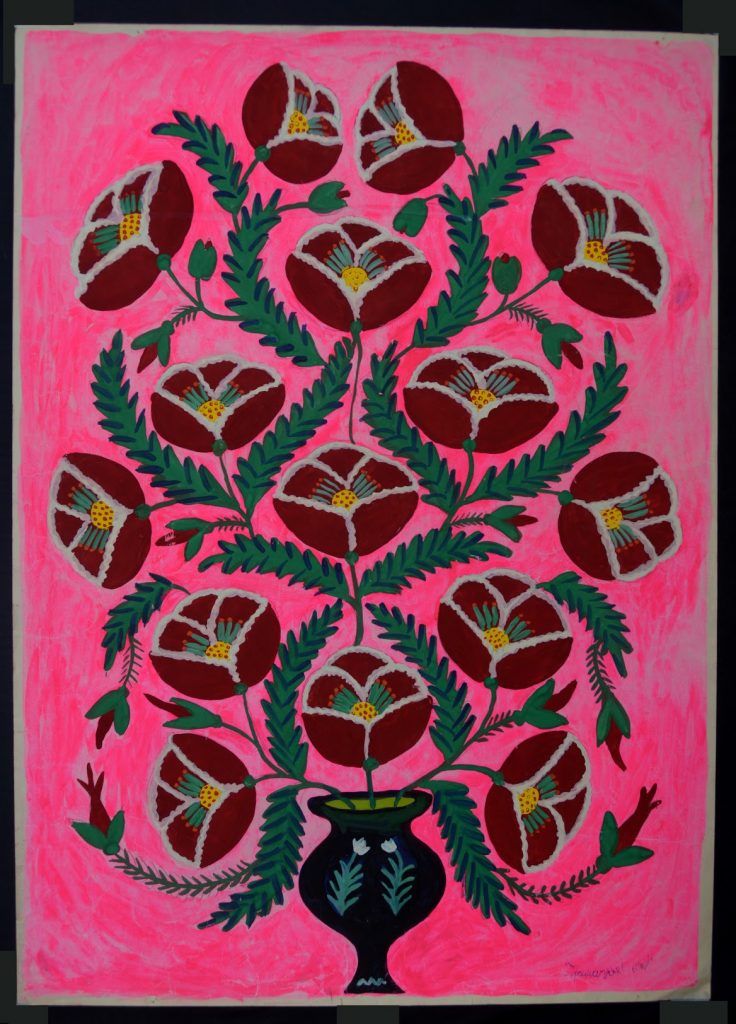 The generation of artists born in the first decade of the twentieth century experienced various historical periods and upheavals, all of which influenced or inspired their art. Monarchy, war, Revolution and, finally, the Soviet era which forced artists to confront the realities of “Socialist Realism”. This reality forced them to seek ways of surviving increased levels of ideological control in spite of a short period of political “thaw” in the late 1950’s.

Ukrainian painting of the 1960s is characterised by the tendencies of social realism, of party dictates and propaganda which was intended to create a new socialist culture, a standardised and unified way of thinking. Thus, to all intents and purposes, the ideological beliefs of the creative intelligentsia were destroyed.

This credo, that art should be understood by the masses, resulted in heavy-handed and universal censorship. Creativity was crushed. However, among artists of that period there were creators, true to their art, whose works would become known beyond the borders of Ukraine.

Ukrainian émigré artists were, of course, free to express themselves and were not subject to the same types of psychological oppression as their counterparts in Ukraine. Despite distance from their homeland, many achieved a recognition far beyond its borders.