The origin of metal goes back to the United States in the 1960s when psychedelic bands such as Blue Cheer and Leaf Hound wanted to set themselves apart from the rock bands of the era by incorporating heavier elements in their music. But if we’re talking about a band that made metal what it is today, there’s no questioning that the genre wouldn’t be the same if it wasn’t for the United Kingdom’s Black Sabbath.

And while the roots of metal are traced back to the United States and the UK, the genre has undoubtedly progressed to the global stage. Metal bands now come from different countries and cultures, adding their unique twist to this loud and storied genre. One of the most notable bands to do this was Aria. 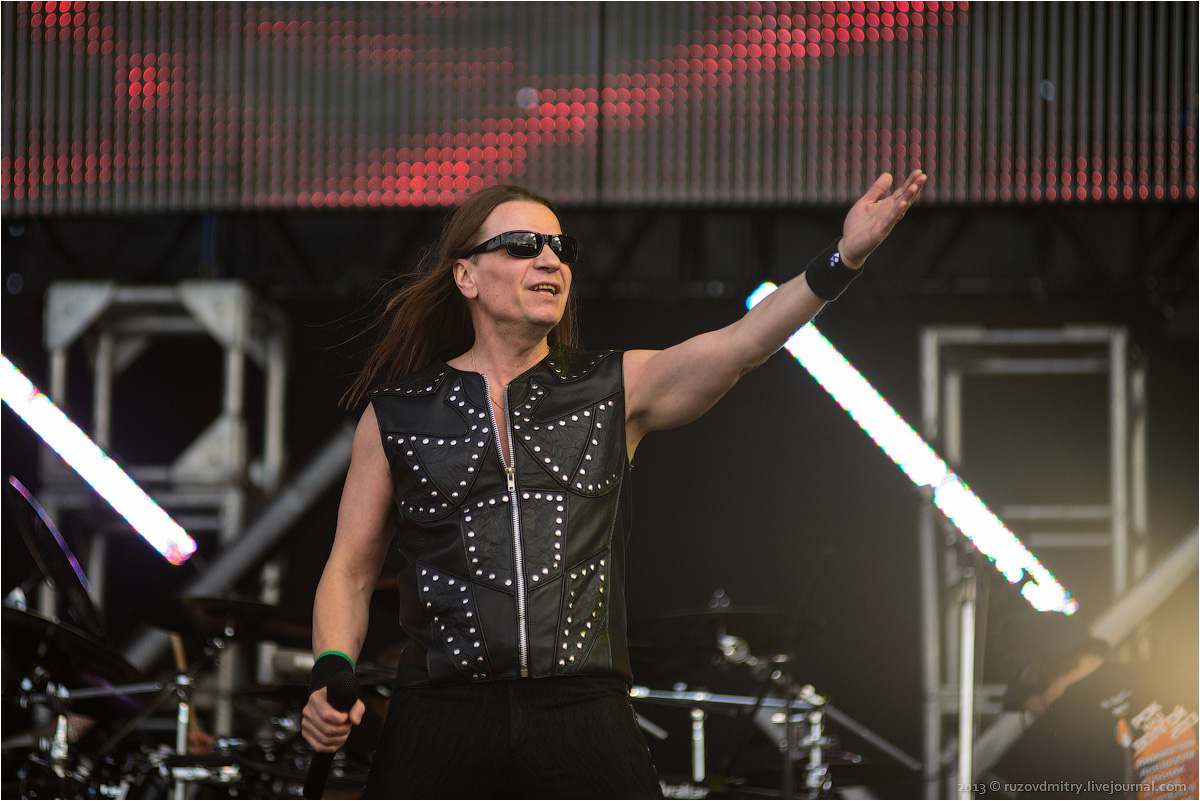 The 5-piece band currently composed of Vladimir Holstinin, Vitaly Dubinin, Mikhail Zhitnyakov, Sergey Popov, and Maxim Udalov introduced Russian heavy metal to a wider audience. This feat has earned them the monicker of the Russian Iron Maiden, an allusion to one of the world’s biggest metal bands, from the media.

However, the metal band has surprisingly humble origins. Metal Storm report that Aria officially began in 1984 when Vladimir Holstinin left his first band Alpha and sought to make more aggressive music. This all culminated with the band’s debut album Megalomania in 1985. And while the album was met with support, the band had to fight an uphill battle due to the fact that gigs and musical performances were banned by the Soviet Union. But metal was never about falling in line and following the rules. Despite the looming threat of arrest, the band held its first gig in February 1986. There were around 40 people that were arrested at their first gig, establishing the band’s notoriety for the years to come. 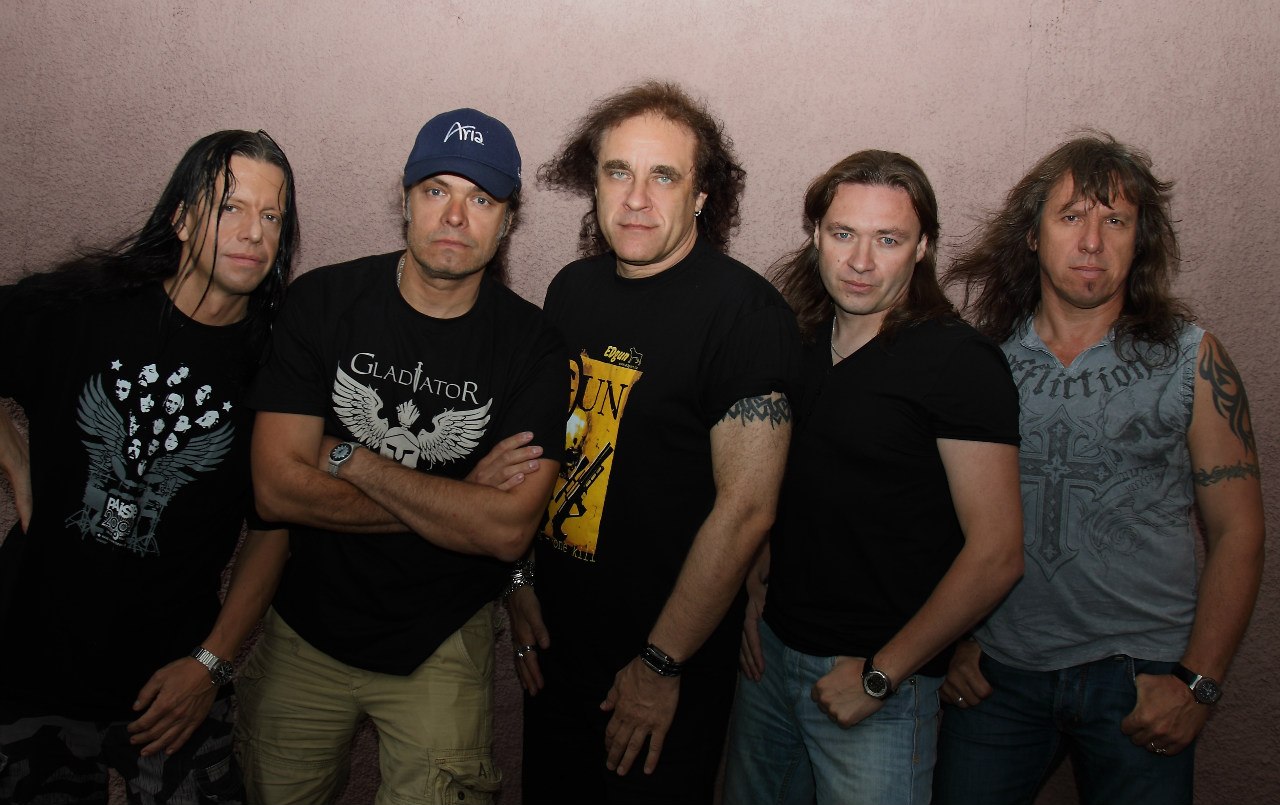 The band released Who Are You With? as a follow up to Megalomania – but it wasn’t until 1987, with the release of their third studio album that they would start to gain momentum.

Hero of Asphalt was released in 1987 and is considered a pivotal point in the band’s trajectory. This album established the sound that would carry them to metal stardom. It demonstrated Holstinin’s mastery using the dramatic tone swooshing that’s made possible with the MXR Phase 9, which also helps keep his sound warm and analogue as he’s shredding neoclassical licks – a key element in Aria’s music that remained consistent throughout their career. Following Hero of Asphalt, the band laid low for a while until they resumed touring in the summer of 1994. They would go on to tour through Germany with shows in Berlin and other cities. 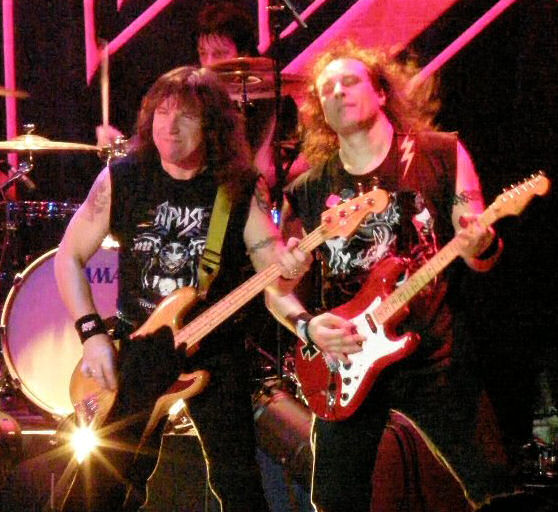 Aria had many iconic shows during their run. They play with such visceral energy that can only be seen in a handful of metal bands. One such show would be the Nashestvie festival where Aria played alongside a symphonic orchestra. Holstinin’s iconic Fender Stratocaster duelling with a sea of instruments was truly a revelation for those who attended the festival back in 2001.

In fact, the performance was such as success that it brought about the Classical Aria tour. The band went from city to city with an orchestra, bringing a unique auditory experience to thousands of people. The tour concluded on August 31, 2002, and would prove to be one of the band’s most successful endeavours – their contribution to the long tradition of the heavy metal genre. 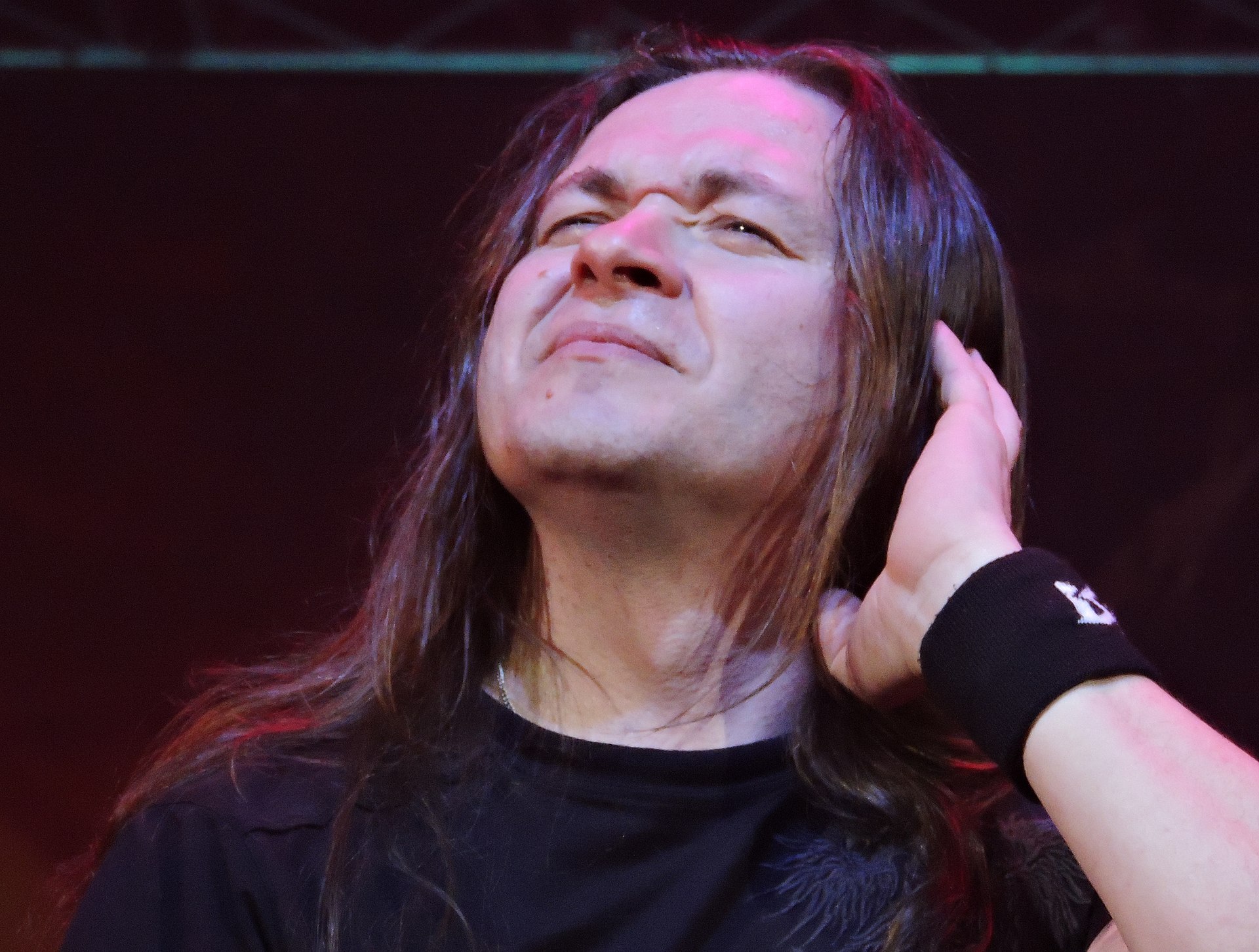 The 2002 show was the last time the band played with most of their original lineup as the band went through major member changes in the following years. But this never deterred them from making music and they managed to release five albums from 2003 to 2018. This was despite the rotating list of band members, adding up to a total of 13 albums since 1985.

Their latest album Curse of the Seas was released in 2018 with the lead single To Kill the Dragon garnering both critical and audience success in the heavy metal scene — showing that their passion for music hasn’t waned in the last three decades. And while there isn’t an announcement on whether we’ll get a follow up to Curse of the Seas anytime soon, we wouldn’t be surprised if Aria had a couple of albums left in them.

If you enjoyed reading this, check out our feature on Piotr Ilyich Tchaikovsky – another great Russian musician who was responsible for the music behind The Nutcracker.