Patrick Heide Contemporary Art presents Inna’s Dream, Varvara Shavrova’s fourth solo presentation at the gallery and a continuation of the artist’s ongoing quest into her family’s history, asking questions about power, authority and male and female representation as well as the interface between individual and collective history. 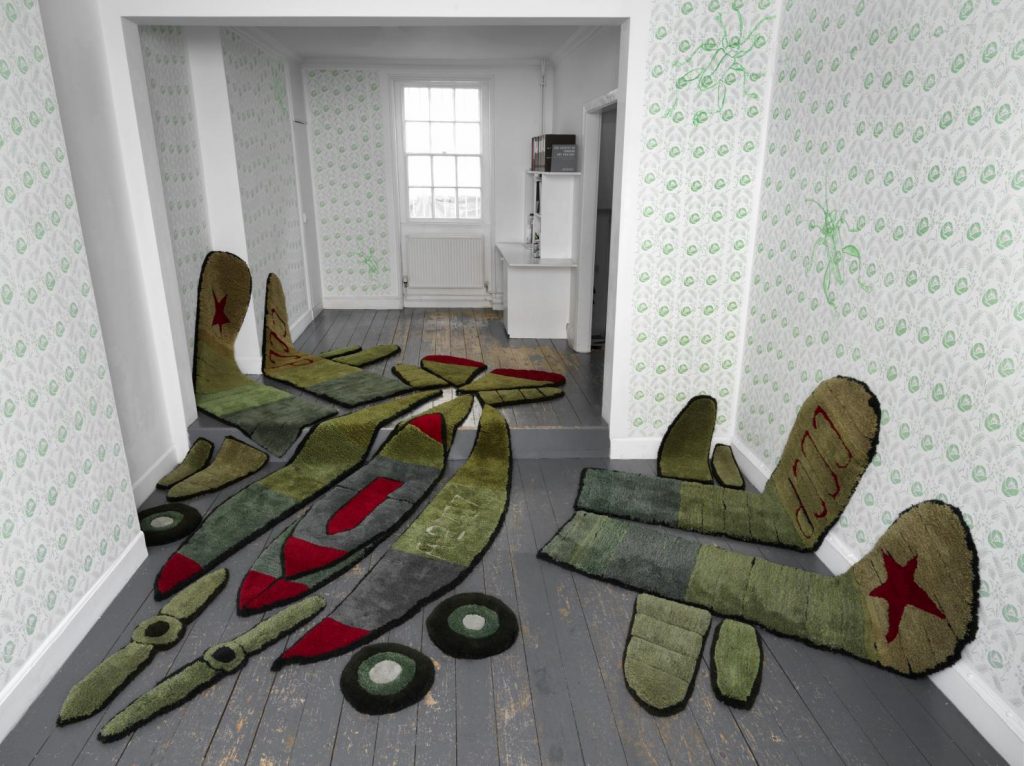 The installation, which was initially presented in a different form as part of Shavrova’s Masters project for the Goldsmiths MFA Fine Art Degree Show in 2019, departs from the invention of the first Soviet amphibious airplane – the Sh-2 – in the 1930s. It was the first Soviet mass-produced flying boat and designed by the artist’s great uncle, Vladimir Shavrov. 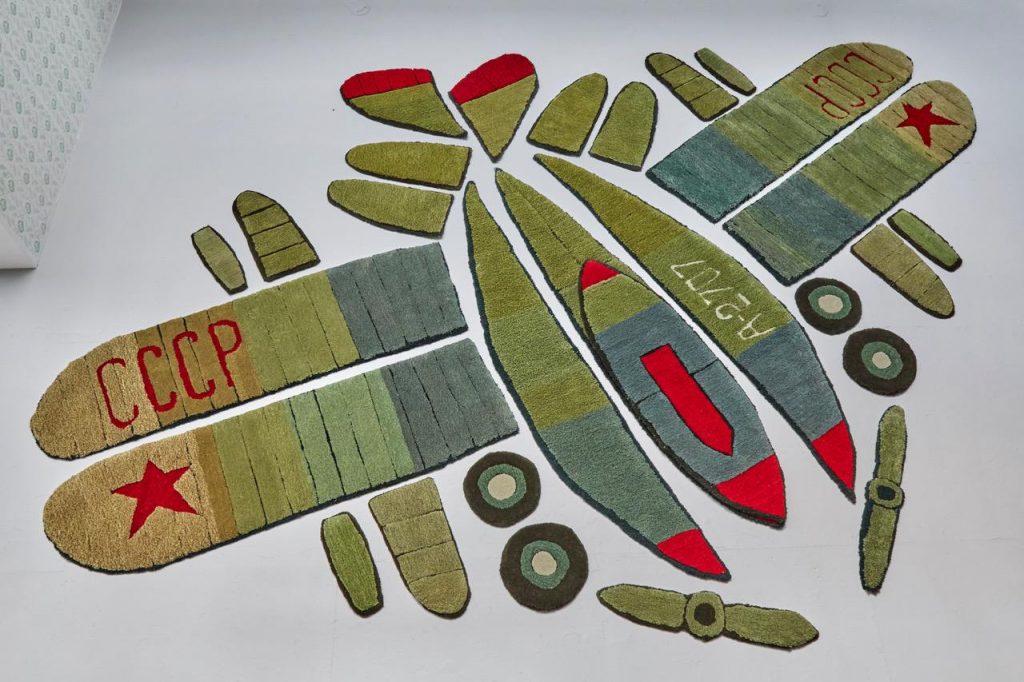 Shavrova’s version of the Sh-2 is scaled down and re-made as a three-dimensional textile body, nevertheless still bearing features of its magnitude and complexity. The hand-tufted set of individual components measures 7 by 5.5 meters and is completed by a site-specific wallpaper drawing – a reminder of Shavrov’s apartment as the birthplace of this first Soviet amphibious plane. In the gallery the airplane seemingly bursts out of the space and its semi-domestic setting and leaves the visitors with a feeling of unease and misplacement while having to assemble the individual sections of the plane in their imagination. Presented alongside the installation is a series of scroll-like drawings on wallpaper that feature the technical specifications of the aircraft, portraits of Shavrov and images of insects.