An evening with conductor Kirill Karabits

Join Ukrainian Institute London for an evening with Ukrainian conductor Kirill Karabits, in conversation with musicologist and scholar of music history Leah Batstone. Expect fascinating stories and insights from Karabits’ current work and his conducting journey, as well as a broader discussion of Ukrainian classical music.

Kirill Karabits is Chief Conductor of the Bournemouth Symphony Orchestra, a position he has held since 2008. He has worked with many of the world’s leading symphony orchestras, and has conducted opera at Glyndebourne and English National Opera. He is a patron of the Ukrainian Institute London and regularly champions Ukrainian composers in the UK.

You can watch Karabits conducting the Bournemouth Symphony Orchestra on 9 August at the BBC Proms, where the programme will include Janáček’s stirring interpretation of Nikolai Gogol’s/Mykola Hohol’s Cossack tale Taras Bulba.

This event will be held in English.

Ukrainian conductor Kirill Karabits has been Chief Conductor of the Bournemouth Symphony Orchestra (one of the oldest UK orchestras) for 12 years and their relationship has been celebrated worldwide. Together they have made many critically acclaimed recordings, performed regularly at the BBC Proms and last season appeared together at London’s Barbican Centre as part of the Beethoven celebrations. Karabits has worked with many of the leading ensembles of Europe, Asia, and North America, including the Cleveland, Philadelphia, San Francisco and Chicago Symphony orchestras, Munich Philharmonic, Orchestre National de France, Philharmonia Orchestra, Wiener Symphoniker, Rotterdam Philharmonic, Yomiuri Nippon Symphony Orchestra, Orchestra Filarmonica del Teatro La Fenice and the BBC Symphony Orchestra. Highlights of 2021-22 include his debut with the Chamber Orchestra of Europe in London and on tour in Asia and return visits to the Orchestre National Capitole de Toulouse, Polish National Radio Symphony Orchestra, and Antwerp Symphony Orchestra at the Bozar in Brussels. Together with the Bournemouth Symphony Orchestra, Karabits regularly champions Ukrainian composers in the UK. In collaboration with classical label Onyx, they have recorded early symphonic works by Sergei Prokofiev, written during his Donbas period. He was named Conductor of the Year at the 2013 Royal Philharmonic Society Music Awards. 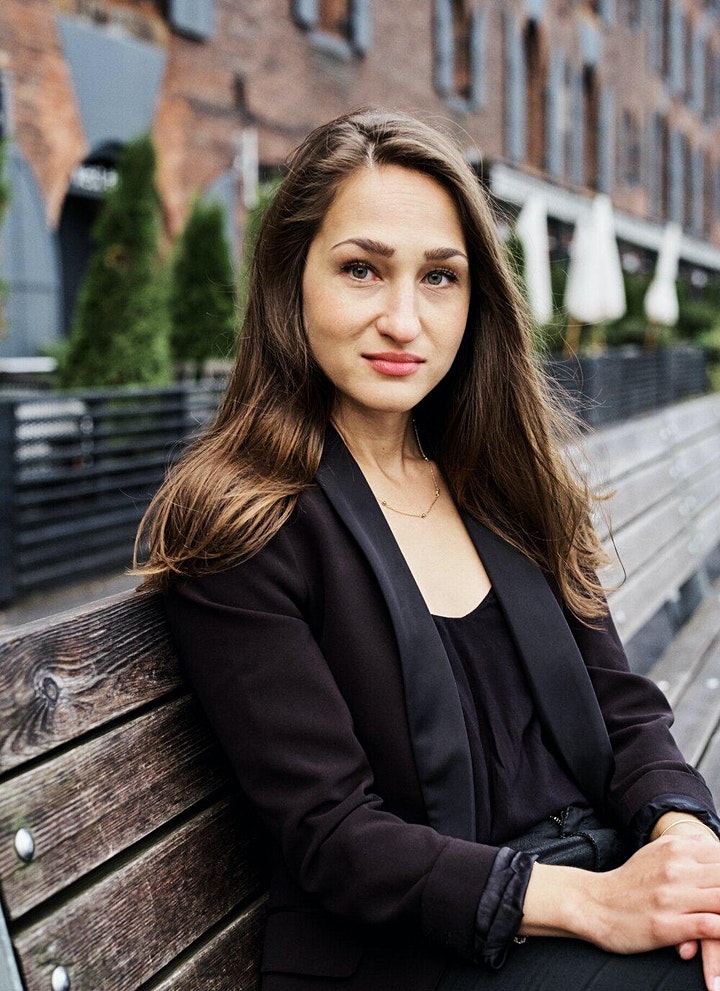 Leah Batstone is a musicologist specializing in the intersections of art, music, philosophy, and politics in fin-de-siècle Austria and 20th-century Ukraine. She is a REWIRE Postdoctoral Fellow at Universität Wien, Artistic Director of the Ukrainian Contemporary Music Festival and Professor of Music History at Hunter College. Her doctoral dissertation on Gustav Mahler and Friedrich Nietzsche was completed at McGill University (2019), for which she was awarded a Fulbright-Mach fellowship to Vienna. Her research has also been supported by the Taras Shevchenko Foundation (Canada) and by the Center for the Humanities at the Graduate Center, CUNY. She has served on the editorial board of Artistic Culture. Topical Issues, the journal of the Modern Art Research Institute of the National Academy of Arts of Ukraine (Kyiv). Her publications include articles in Journal of the Royal Musical Association and 19th-Century Music and prefaces to study score editions of works by Bedřich Smetana and Witold Malichevsky.