This season American Ballet Theater (ABT) will celebrate the 10th anniversary of Alexei Ratmansky as artist in residence. Throughout the past decade, Ratmansky has choreographed over two dozen ballets for companies across the world and has been acclaimed the “most sought-after man in ballet.” Undoubtedly, ABT’s spring season at Lincoln Center’s Metropolitan Opera House will be as much of an occasion for the company to boast in its claim to the choreographer as it will be a celebration of the artist’s talent. 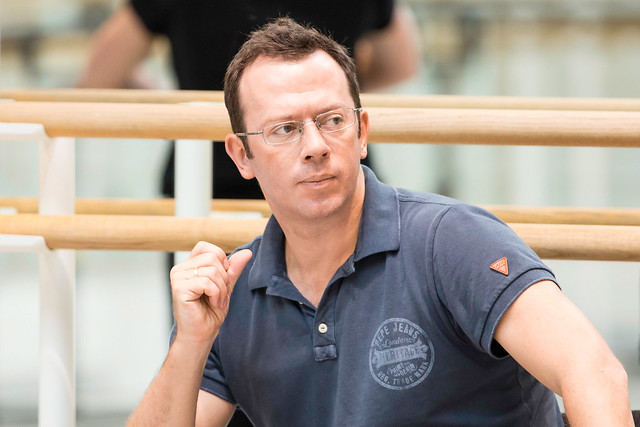 Like many choreographers, Ratmansky started out his career as a dancer. Born in St. Petersburg, Ratmansky spent the early years of his childhood in Kiev. At the age of ten, he began his training at the Bolshoi Ballet School in Moscow. Having not received an offer to dance with the Bolshoi upon graduation, Ratmansky returned to Kiev to dance at the Kiev Ballet. In 1992 Ratmansky made his next move joining the Royal Winnipeg Ballet in Canada. Five years later he was dancing with the Royal Danish Ballet. But by this time the undercurrent of his interest in and skill as a choreographer began to come to the forefront. 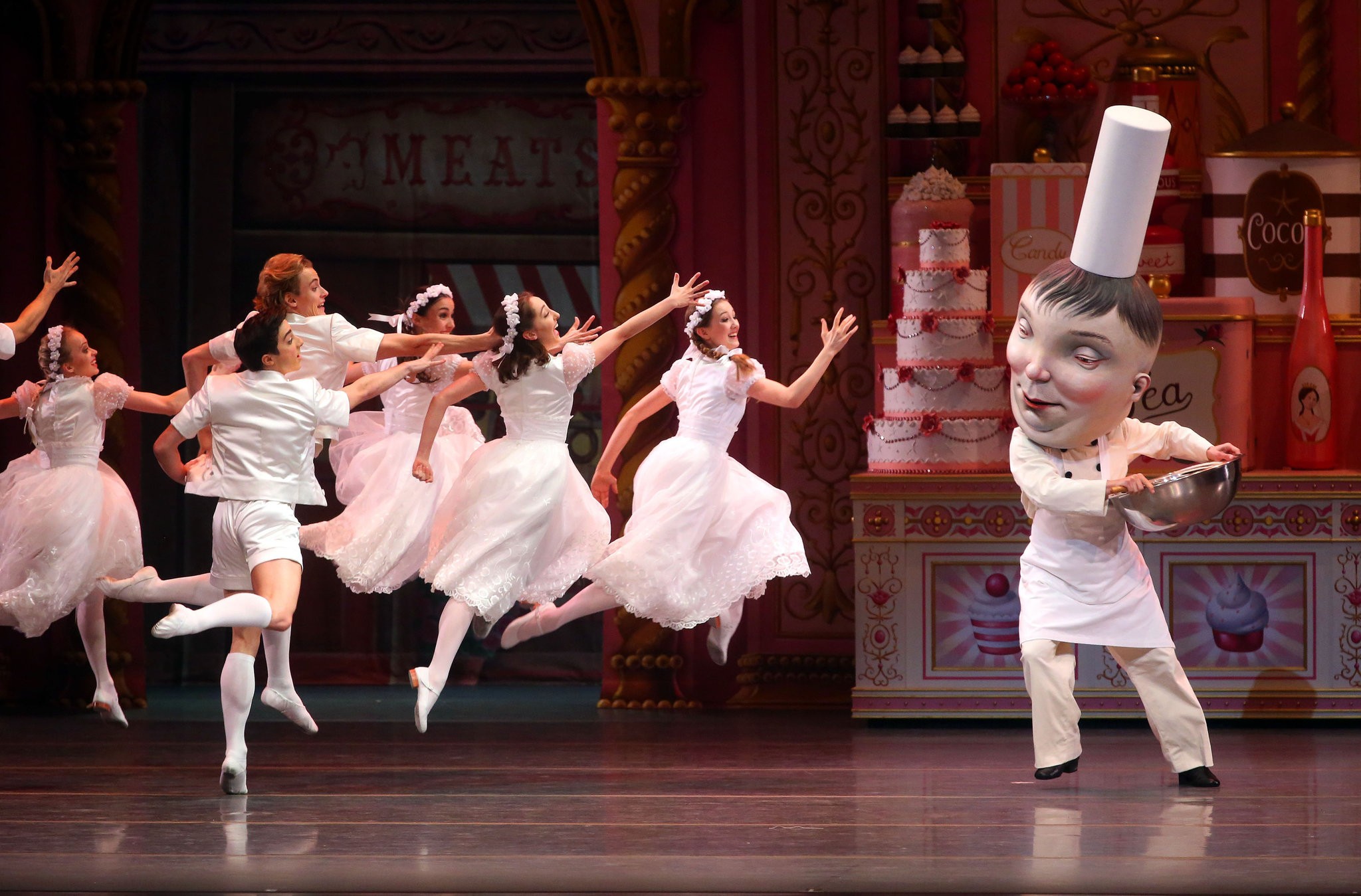 Bridging his robust classical training and his experience of dancing the choreography of George Balanchine, Frederick Ashton, Antony Tudor, and Twyla Tharp, Ratmansky first drew international attention to himself as a choreographer with Dreams of Japan (1998), which was awarded the Golden Mask Award by the Theatre Union of Russia. In 2000 he premiered Turandot’s Dream at theRoyal Danish Ballet. 2002 brought the premiers of Ratmansky’s The Firebird and Cinderella at the Royal Swedish Ballet and Mariinsky Ballet respectively. A year later, in 2003, Ratmansky premiered The Bright Stream at the Bolshoi Ballet and The Carnival of the Animals at the San Francisco Ballet. In January of 2004, Ratmansky was invited to join the Bolshoi Ballet as the company’s Artistic Director. But after four years at the Bolshoi, Ratmansky chose to move back to the West—this time to New York. Although some had suspected the artist would join New York City Ballet, Ratmansky signed a contract with American Ballet Theater in 2009, becoming the second resident choreographer in the history of the company. 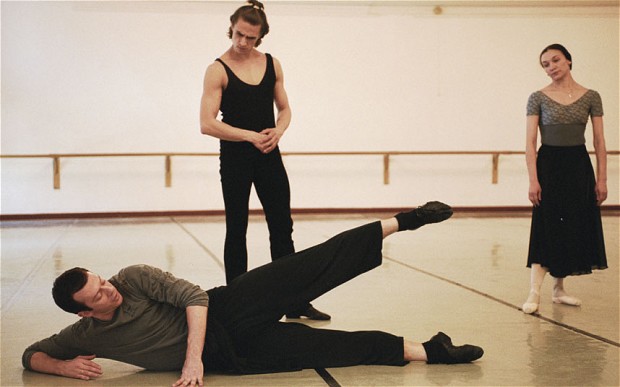 In a 2011 New Yorker article, Joan Acocella argued that Ratmansky’s revitalization of the story-ballet is the artist’s most important contribution to the field. In celebrating Ratmansky’s artistry, ABT’s spring season will certainly showcase this story-telling talent. Harlequinade (2018), a forgotten classic, inspired by the archival notes of Marius Petipa, will open the company’s season followed soon after by a week-long run of Whipped Cream (2017), a story set in Viennese pastry shop and choreographed to the music of Richard Strauss. ABT’s Met season will close with a Ratmansky twist on the beloved classic, The Sleeping Beauty. Aside from the full-length story-ballets, the company will also perform a Ratmansky Trio program, featuring three of the artist’s one-act ballets. Not to miss among this bill will be the World Premiere of The Seasons set to the music of Alexander Glazunov. But in true Ratmansky productive fashion, while we eagerly await what hopes will be a new jewel in the company’s repertoire, ABT has already announced the choreographer’s next premier: a full-length production based on the historical romance novel Callirhoe by Chariton to premiere in the spring of 2020. 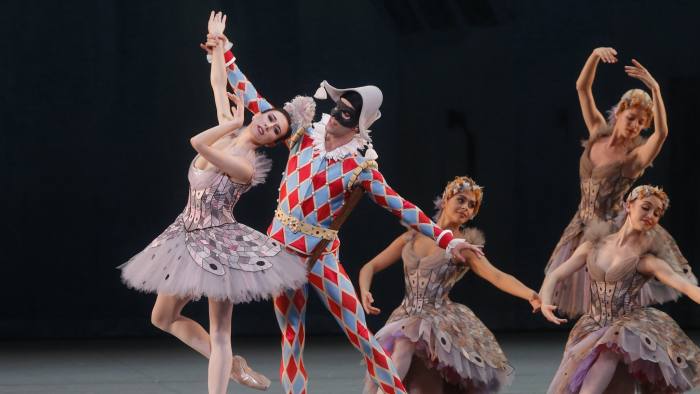 After ten years at ABT, Ratmansky’s work continues to be uniquely fresh in a way that is much less shocking than, say, the “unflinchingly post-modern” choreography of Pam Tanowitz. Drawing from the academic ballet vocabulary, Ratmansky’s ballets are contained, yet not conservative. Filled with precision, the tightness of his work does not come off as sparse or old. Rather it feels deliberate, filled to the brim with a something mysterious: perfectly contained passion or electricity of emotion. In a Ratmansky ballet, there is significance in every step, and if this milestone serves as a reminder of anything it is that his work is still worth watching.