Celebration of the genius of Alexei Ratmansky

American Ballet Theatre’s Spring season will feature a World Premiere work by ABT Artist in Residence Alexei Ratmansky in programs dedicated entirely to his works in honor of the choreographer’s 10th year with the Company. 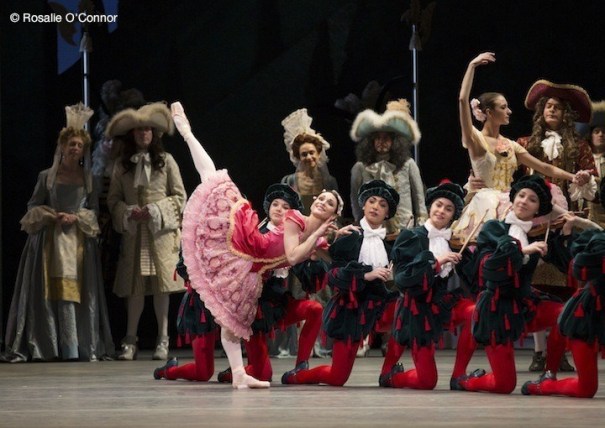 Sarah Lane as Aurora in The Sleeping Beauty (ABT, 2015)

The All-Ratmansky program will includeOn the Dnieper (2009), set to a score of the same name by Sergei Prokofiev, which was Ratmansky’s first work of repertory for the Company, and Songs of Bukovina (2017), set to music by Leonid Desyatnikov, which is his most recent.

Harlequinade, staged by Ratmansky after the original by Marius Petipa, will open the Company’s Spring season on Monday evening.  A comic ballet in two acts, Harlequinade is set to music by Riccardo Drigo and first premiered in 1900 in St. Petersburg, Russia.

Whipped Cream, with a libretto and score by Richard Strauss, is based on the two-act ballet originally created as Schlagobers, which premiered at the Vienna State Opera in 1924.

The Sleeping Beauty, set to the classic score by Peter Ilyitch Tchaikovsky, has choreography by Marius Petipa and staging and additional choreography by Ratmansky, with assistance by Tatiana Ratmansky.  The production features scenery and costumes by Tony Award®-winning designer Richard Hudson, whose designs are based on the historic work of Léon Bakst, created for Serge Diaghilev’s Ballets Russes in 1921.