In the light of the upcoming Pushkin House Music Festival, that will take place in London from 28 January to 2 February, we met with pianist Alexander Karpeyev, Music Curator of Pushkin House. In his role as Festival Director Alexander told us about this first ever week-long showcase of Russian music concerts, recitals, workshops and masterclasses in London. 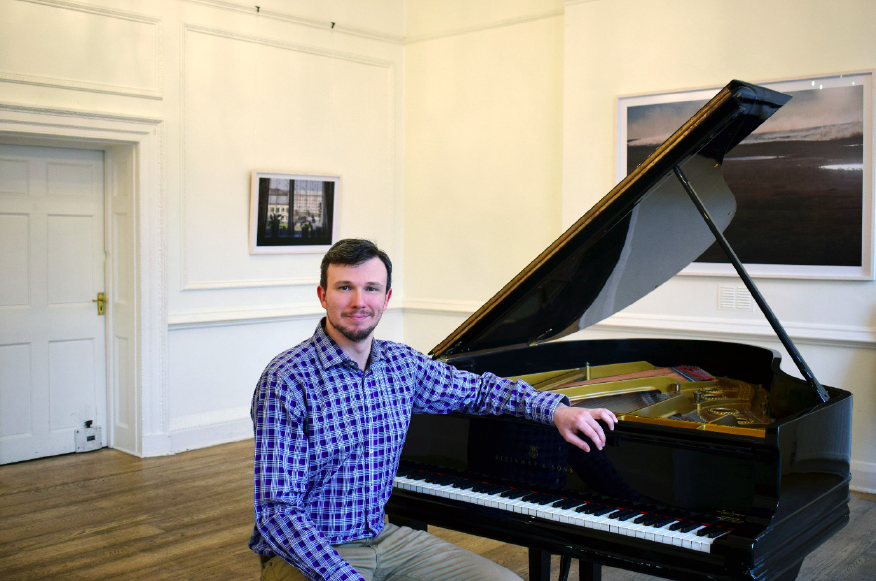 Dr Karpeyev at the Pushkin House

Matteo Morelli: Dr Karpeyev, this year will see the first ever Pushkin House Festival of Russian Music. Can you please tell us how was the idea conceived?

Dr Alexander Karpeyev: Pushkin House is a non-governmental UK Charity, founded 65 years ago by Russian émigrés and Londoners to promote Russian culture and cultural relationships. Four years ago we hosted London International Medtner Festival, an event that sold out very quickly and attracted people from all over the world. Since then, we organised several music concerts at Pushkin House focussing on lesser known composers, this all culminated in the idea to organise Pushkin House Music Festival. There is certainly an appetite out there for this music, especially among musicians who want to perform music which rarely heard.

MM: What is the goal of the festival?

AK: Some of the names presented in this Festival are well known to Russians. Composers such as Golovanov and Stanchinsky have their own dedicated festivals, however, they are not known to the western audience. The aim of the Festival is twofold: we want to promote new names of the composers who do not enjoy the same fame as major established composers (including world premieres from Golovanov and Kashperova), whilst also looking at the lesser known chamber music repertoire of some of the most famous composers. This is a perfect chance for those who already know and have experience of Russian composers to experience new music.

MM: What did it take to make this idea become a reality?

AK: I was invited to perform in a concerto with the Young Musicians Symphony Orchestra, dedicated to Duchess Alexandra Anastasia Hamilton, a supporter of Russian culture and a descendant from Pushkin himself. Once the date of the concert was fixed, we saw an opportunity to promote more Russian composers and started to plan other concerts. Pushkin House was fundamental in coordinating this, and I am really grateful to the Young Musicians Symphony Orchestra for inviting me and all the musicians to take part in this event.

MM: Tell us a bit more about the programme of the Festival?

AK: This Festival is a “new adventure” in Russian music, offering a chance to discover new musicians and listen to the most famous ones.

The opening concert on Tuesday, 28 January commemorates the 140th anniversary of the birth of Nikolay Medtner. Set in a historic baroque church of St John’s Smith Square in Westminster, the programme includes Medtner’s Piano Concerto (which he dedicated to Rachmaninov) and Tchaikovsky’s Symphony no. 5.

Thursday, 30 January, starts with a piano masterclass by Tatiana Sarkissova, who was a student of Bashkirov (student of Goldenweiser, Siloti, and Liszt). This is a unique chance to be in a class taught by a greatly experienced Royal Academy of Music piano professor with Russian school background. The evening will see nine performers playing music by Shostakovich, his student Ustvolskaya, and the premiere of Golovanov’s G sonata among other pieces by Lyadov, Lyapunov, and Stanchinsky.

On Friday, 31 January, in the beautiful and historic St Paul’s church in Covent Garden, the spotlight will be on vocal music, with five singers performing an interesting repertoire, from Rimsky-Korsakov to Balakirev, songs by Medtner, and a world premiere by Kashperova. To close the concert, Kapustin’s sonata will see its European premier: it has only been played once before and offers nice jazzy sounds, completing what will be a very diverse programme.

The last day on Sunday, 2 February is very experimental. Theremin is an electronic instrument invented by a Russian engineer that is played with two hands – one regulates the pitch and the other regulates the volume. Its sound becomes visual, with the performer shaping the sounds with their hands. We are going to start with a workshop where everyone – with or without music experience – will be introduced to this unique instrument by Composer Lydia Kavina; we will then finish the day with a concert that presents arrangements of classics (including Medtner), and a repertoire written specifically for Theremin.

MM: Composers, whose music we will hear during this week-long event are not as well known as other composers, whose works are often performed around the world. How did they get chosen?

AK: We want to step out of the comfort zone a bit. Major composers are great, but listening to new ones is essential to widen musical horizon. For example, Rachmaninov was a great composer, but very few know that he considered Medtner to be the best living composer. Imagine, what musical life was like in Russia at the end of 19th century and beginning of 20th century, when Stravinsky, Rachmaninov and Medtner were young, and Tchaikovsky was famous, but not the only celebrity – he was part of a wider music scene, which we want to introduce and inject into the modern offering.

Music that has not been heard before requires a bit more concentration and attention, therefore I balanced the programmes to allow the audience to enjoy famous names (for example, the 31th’s concert has got Stravinsky and Rachmaninov on the programme) while discovering lesser known ones.

MM: It is a big undertaking to get these many musicians to take part in this event. How did you manage to get them on board?

AK: I was lucky there were many musicians willing to play! Some of them are learning things specific for this Festival, others already know the composers they are playing. The appeal was there and the Festival is giving them an opportunity to perform all together in one place. I am really grateful for that, because Pushkin House as a charity also relies on musicians willing to take part in our initiatives, helping us to sell tickets and fund the programmes we offer.

MM: The festival is part of a wider music offer at Pushkin House. Can you tell us more about it and how it links to the festival?

AK: At Pushkin House we have fortnightly offer of music. Things have been developing fast in four years, and we want to move a level up next year. Pushkin House is a charity. This festival, as well as other activities at Pushkin House, is highly dependent on support received through donations.

MM: What is your target and how can people support this and other initiatives?

AK: We have a target of £40,000 needed to run the entire Festival programme, and we’ve raised £12,500 so far. The goal is to be able to hire established concert halls, allowing us to perform string quartets and explore the repertoire written for string quartets and chamber orchestras. This music deserves it. Some of what we want to present is available on recordings, but has never before been played in London. The long term goal is to go from solo performances and duets to trios, quartets, chamber orchestra, full orchestra, and opera. Being a charity, we are dependent on donations. Everyone can donate to support our goal, or even become a friend of Pushkin House and enjoy the benefits coming with it.

For more information on the Pushkin House Music Festival and how to support and donate, please visit https://www.pushkinhouse.org/.