On 2nd May 1925 Aleksandr Rodchenko wrote, from Paris to his partner Varvara Stepanova, that he had acquired a Debrie Sept camera with a timer, a Zeiss lens, a tripod, and film stock. This camera allowed the user to take both individual still frames and very brief film clips, usually of around ten seconds’ duration. Stepanova wrote back from Moscow to inform Rodchenko that both Dziga Vertov and Alexei Gan were willing to send money in order to have Rodchenko acquire similar cameras for them. The New Economic Plan had introduced a small amount of free enterprise to Russia, after all, and Rodchenko was well-placed to engage in a little import business. Vertov’s camera (“a Sept camera […] with a Zeiss 1:3.5 lens, in a leather case”) was dispatched from Paris on 8th June. 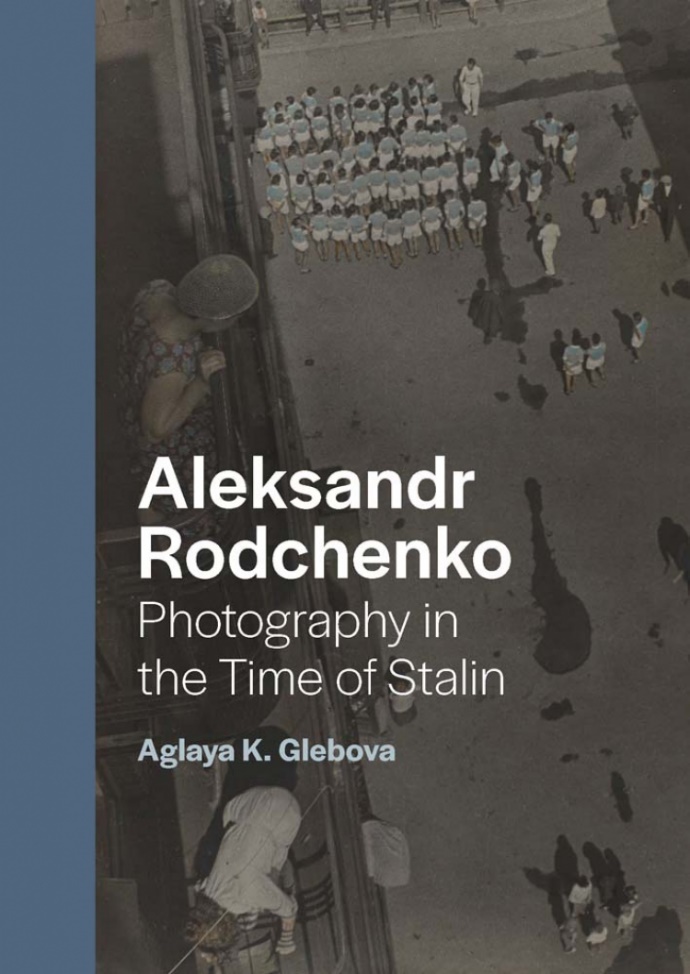 This heightened interest in the possibilities of photography came at a critical juncture in Rodchenko’s working life. He was in Paris to oversee the setting up of the Soviet Pavilion at the International Exhibition of Modern Decorative and Industrial Arts, in which his ‘Workers Club’ was one of the central exhibits. This space, blending functional design with a vision of how the worker could make the most of their leisure through communal reading, chess-playing, film screenings, and discussion, was indicative of how everyday life in the Soviet state was transformed on every level from furniture to ideology. The acquisition of cameras to use back in Moscow would enable Rodchenko to record just how those transformations looked in situ; not curated for an exhibition visitor but occurring every day in the streets and homes of the capital city of world Communism.

Even after nearly a century, there is a degree of daring about Rodchenko’s photographs from this period – many of which are reproduced in this well-illustrated book – that can still take the viewer’s breath away. In some, viewpoints are skewed so as to give a sense of movement and disorientation. In others, unexpected shifts of perspective literally present the world in a new way. What Dziga Vertov would accomplish in his 1929 film Man with a Movie Camera (recently voted into 9th place in Sight and Sound magazine’s ‘Greatest Films of All Time’ list) was, in Rodchenko’s work, achieved in still photography. A man climbing a ladder is seen from underneath, while a person using a wall-mounted telephone is seen from above. Elsewhere, a parade of athletes is seen not in its massed and choreographed ranks but in the alleyway before the march begins, still forming up into its disciplined shape. Many such views make use of the apartment balcony (and often that of the Miasnitskaya Street flat that Rodchenko and Stepanova shared where they taught at Moscow’s VKHUTEMAS) as a vantage point, turning the streets of the city into a theatrical space, where the ‘actors’ are often unaware of their even being seen. 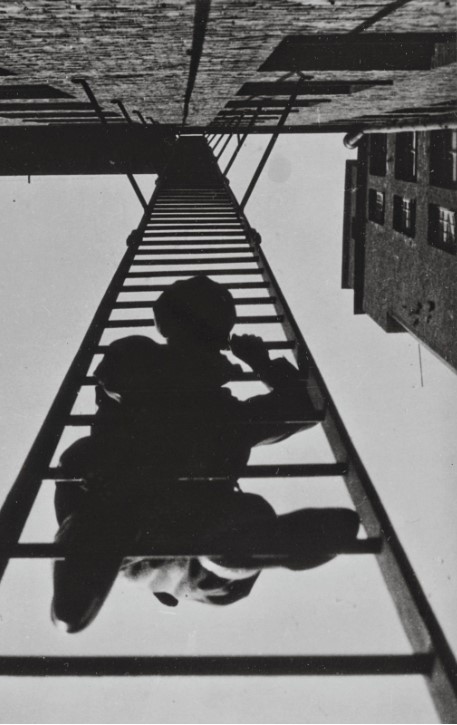 This sense of form and content fitted Rodchenko’s avant-garde beliefs. Many of his images were reproduced in the journal LEF, and later its successor, Novyi LEF, produced by the Left Front for the Arts in which Rodchenko, like Vladimir Mayakovsky, Osip Brik, Sergei Eisenstein, and other cultural figures advocated a bold new art for the equally bold new Soviet state. As a young art student in 1914, Rodchenko had attended an evening of Futurist poetry and art, meeting Mayakovsky for the first time. Now, having pledged themselves to overhaul the tired culture of the old regime, he and his peers were eager to show what could be done under new conditions. In February 1926, having returned from Paris with his “suitcase full of cameras” Rodchenko joined the Association of Photo-Reporters and in April became a member of the editorial board of a new journal, Sovetskoe Foto (‘Soviet Photography’) which was directed mainly at amateur photographers looking to improve their skills or find new ways of treating subject matter. 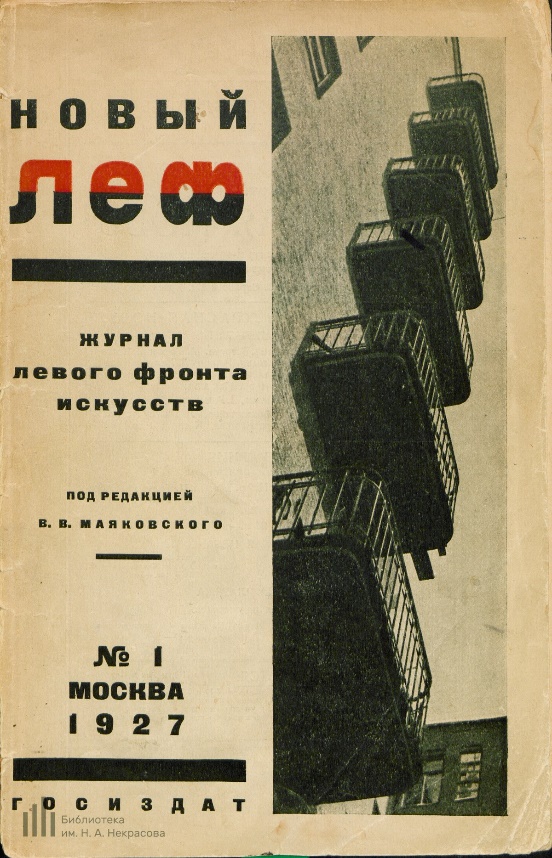 Rodchenko, Balconies 1927 on the cover of Novyi LEF, Issue 1 (Wikipedia)

No sooner had this new phase in his work begun, however, than the shifting cultural politics of the Soviet state left Rodchenko dangerously exposed. The subtitle of Glebova’s book ‘Photography in the Time of Stalin’ reminds us that all art forms found themselves, sooner or later, coming under the purview of the state and the taste of its leader. What looked most daring could easily become most deserving of criticism. In an unsigned letter entitled ‘Ours and Theirs’ printed in the April 1928 issue of Sovetskoe Foto Rodchenko’s work was singled out for owing too much to the influence of practitioners in the West. Photographs taken by him – featuring boats moored together on a lake, a pine tree seen from the base up, and the Miasnitskaya Street balconies – were shown opposite highly similar images by Ira Martin, Albert Renger-Patzsch and László Moholy-Nagy (the balconies in question, this time, being those at the recently-completed Bauhaus in Dessau). The accompanying text strongly implied that Rodchenko’s images were not so much those of a man experimenting in the same areas as like-minded photographers elsewhere as they were evidence of his plagiarism of others’ ideas.

Furthermore, Rodchenko stood accused of the Soviet state’s most serious aesthetic offence, of being ‘formalist’ in his focus on the artistic properties of a work at the expense of its ideological content. This was potentially dangerous as Soviet cultural taste became increasingly conservative in nature, and a worrying tendency to link aesthetic deviation and political unreliability saw Rodchenko and many of his peers suspected of more than just ‘crimes’ of taste and style.

The route back to favour was both via public apology and by new ‘reformed’ output, and Glebova shows how for Rodchenko the White Sea Canal project was a route to redemption in the eyes of a distrustful state. As the Five-Year Plans generated vast infrastructure schemes to show the Soviet Union’s truly transformative capability writers and artists were increasingly called upon to put their work at the service of the cause. If a novelist could be an ‘engineer of the human soul’ in Stalin’s famous term, a man with a camera could play an equally great part in shaping public perception of events. Nature, as Glebova notes, was for the Soviet mind an obstacle to overcome, and Rodchenko gathered the images that showed that process on the largest scale, as teams of labourers transformed the inhospitable terrain into the ordered efficiency of the industrialised state. 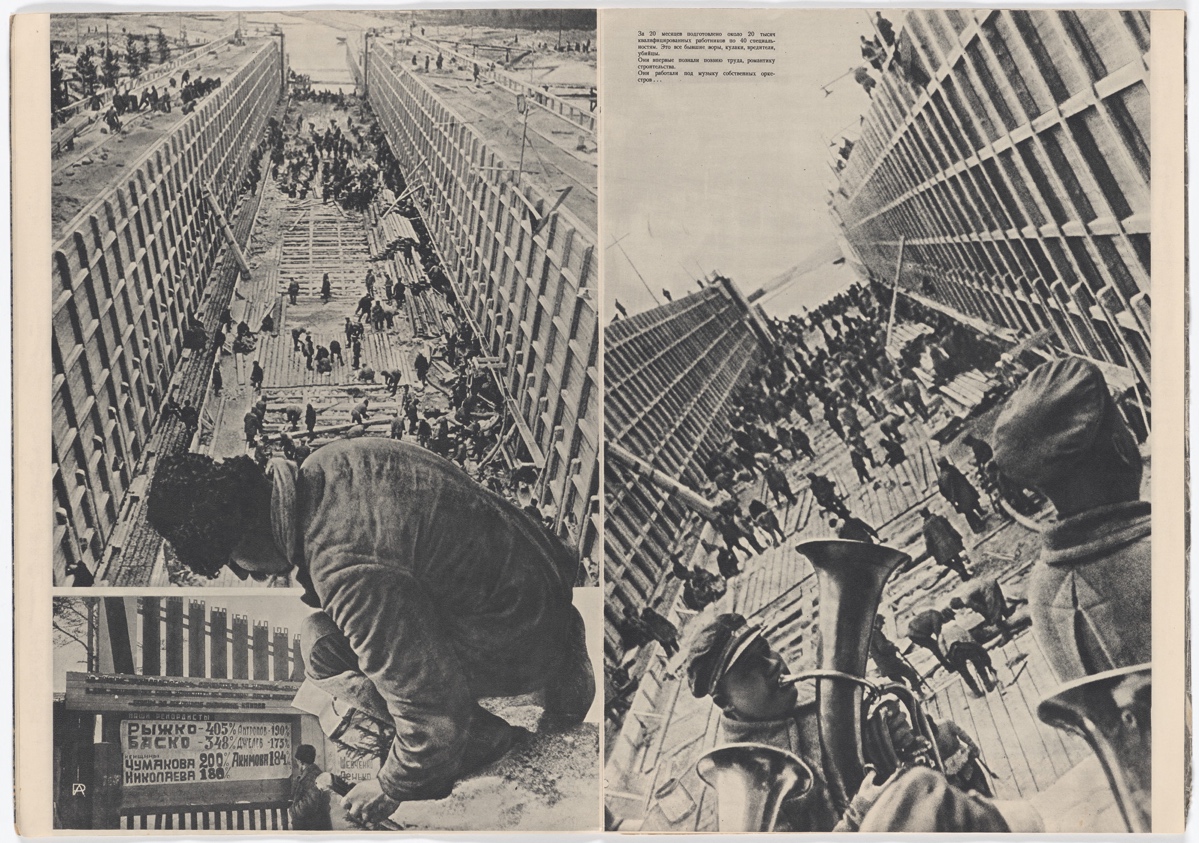 Those labourers were almost all Gulag inmates conscripted to the Canal, and their work was presented to the Soviet people as evidence of how criminals could find redemption through labour, assuming of course that they were not among the twenty-five thousand who did not survive their time on the project. Maxim Gorky was so enthused by this idea that he took charge of a collectively authored book on the subject. Rodchenko supplied a wealth of photographs, of building sites and workers, for Gorky’s book, and for the magazine USSR in Construction, which was so eagerly consumed by Soviet supporters abroad as proof of the country’s fulfilled revolutionary promise.

If Rodchenko’s time at the Canal was his own form of redemptive work, as Glebova shows, it was not without its own degree of artistic innovation in its treatment of landscape and human presence. Here, though, there was no suspicion on the state’s part as to his priorities. Whether as individual images or as the material for the photomontages that often-illustrated magazines and posters, Rodchenko’s output was used repeatedly to make a state-sanctioned Soviet reality visible. In the wake of this, other official commissions began to arrive, from photograph albums of Civil War heroes (always hastily edited as more and more of the subjects fell foul of the Party leadership) or further examples of Soviet prowess, from parades and gymnastic displays to parachute jumps. The state needed Rodchenko after all, even if he never again enjoyed quite the same level of regard from his peers inside and outside of the USSR as he once had.

As Glebova reminds us, though, Rodchenko’s great value as a photographer of Soviet life is not only his choice of subject matter (it is hard to visualise 1920s Moscow without, consciously or not, having one of his images in mind) but his willingness to foreground the act of looking and seeing the world around you. While the more overt propaganda of the mature Stalinist state makes no secret of what it is, Rodchenko’s photographs of a world slightly different, slightly askew, remain fascinating. Including as it does some of the most celebrated images of the Soviet era, Rodchenko’s body of work in photography holds open a window to another time and place, while simultaneously reminding us to always look twice at the strangeness of our own. For those new to his output, or those wanting to enjoy it again, Glebova’s book is a valuable addition to the literature on this remarkable and always relevant figure.