AFTER THE EXPLOSION: DOCUMENTING CHERNOBYL

The exhibition After the Explosion: Documenting Chernobyl at the Museum of Russian Art presents a unique collection of photographs of the cleanup of the Chernobyl nuclear disaster, through the eyes of a participant. The images originate from the archive of Major General Nikolai Tarakanov who oversaw the removal of highly-radioactive elements from the site of the Chernobyl nuclear power plant explosion. Nikolai Tarakanov became a character in the recent HBO series, played by Ralph Ineson. 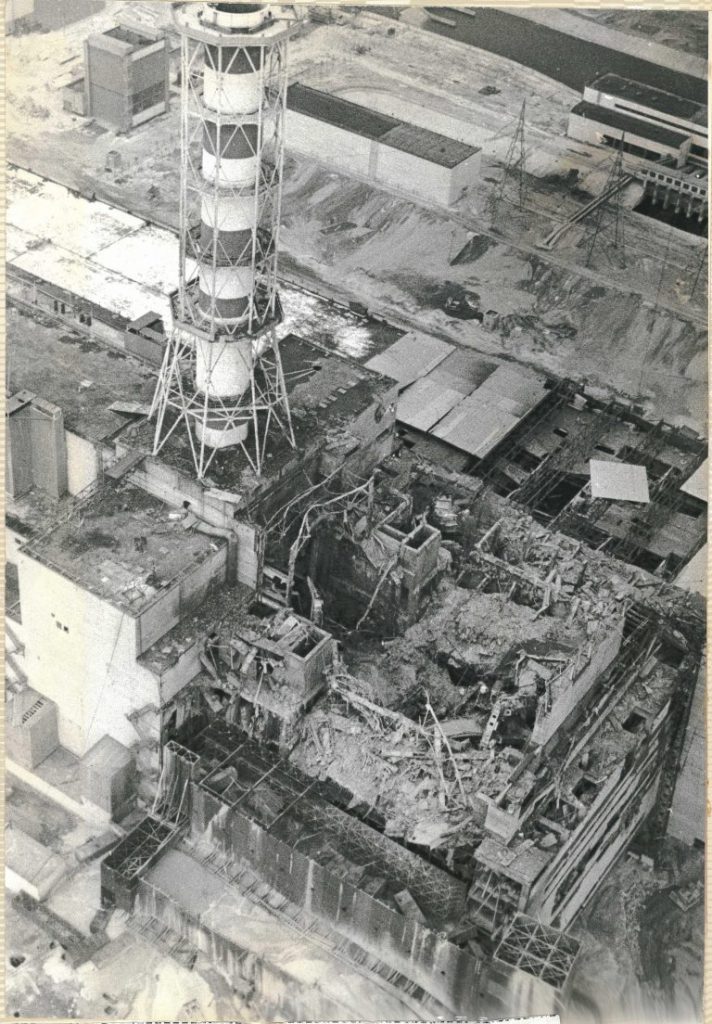 Power-generating Unit 4 of the Chernobyl Nuclear Power Plant after the explosion on April 26, 1986Gelatin silver print. Gift of Bruce Silcox, 2017

The No. 4 nuclear reactor at the Chernobyl Nuclear Power Plant in northwestern Ukraine exploded on April 26, 1986, initiating the worst accident in the history of nuclear power plants. Two people were killed during the explosion and twenty-eight died from exposure shortly after. Radiation levels in some areas of the reactor reached 20,000 roentgens per hour, with 500R being a lethal dose. The aftermath of the disaster was far-reaching in scope, with millions of people in several countries impacted in some way.

Taken in 1986-1988 by a member of General Tarakanov’s staff, these old photographs render the immediacy of the disaster palpable. They present soldiers cleaning the debris, the machinery used, cleaners wearing protective gear, local inhabitants outside their houses, and more.