Cambridge University’s Departments of Slavonic Studies and History of Art, with the collaboration of the Centre for Visual Culture, the Cambridge Committee for Russian and East European Studies, and the Cambridge Courtauld Russian Art Centre, present a lecture by Christina Kiaer (Northwestern University). 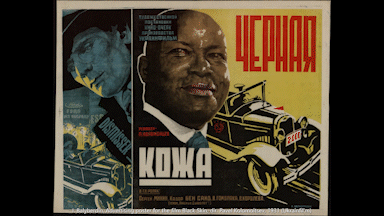 Christina Kiaer’s research specializes in Soviet art. She is the author of Collective Body: Aleksandr Deineka at the Limit of Socialist Realism (Chicago, forthcoming Fall 2022); Revolution Every Day: A Calendar (Mousse, 2017, co-authored with Robert Bird and Zachary Cahill); and Imagine No Possessions: The Socialist Objects of Russian Constructivism (MIT, 2005). Her talk is drawn from her current research project, “An Aesthetics of Anti-racism: African Americans in Soviet Visual Culture.” She is the Arthur Andersen Teaching and Research Professor at Northwestern University and, during this academic year, a Novo Nordisk Guest Professor at the Department of Arts and Cultural Studies at the University of Copenhagen.