A Voice Between Nations: Confluences of Russia and Britain in Words and Music

London’s Guildhall School of Music & Drama joins forces with State Saint Petersburg Museum for Theatre and Music,  Mariinsky Opera, and State Rimsky-Korsakov Conservatory of Music – in celebration of the song. This project is part of the Year of Music Russia-UK, and is curated by Dr Lidia Ader (Russia) and Dr Maria Razumovskaya (UK). 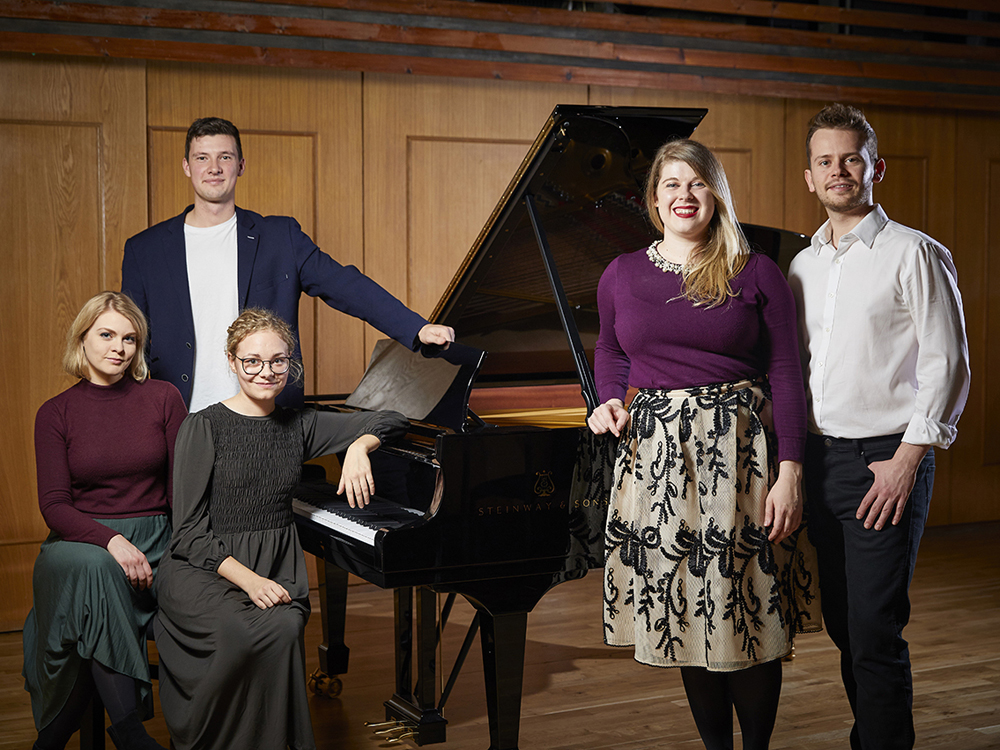 The project began in autumn 2019 when five Masters students at the Guildhall School started exploring songs that embody the fusion of Russian and British words and music. Much-loved classics, such as Benjamin Britten’s ‘Poet’s Echo’ set to Alexander Pushkin, and romances by Nikolai Rimsky-Korsakov, Modest Mussorgsky and Miliy Balakirev set to Lord Byron and Percival Shelley. Guided by Dr Maria Razumovskaya the students dedicated their time and enthusiasm to engage in intense sessions looking at how nuances of the Russian language and the two nation’s cultural history, come together to form a distinct sound-world of Russian romance.

In February 2020 the project moves from London to Saint Petersburg – spiritual heartland of Russian romance. For UK students this will be the first visit to Russia. Here they will take part in masterclasses with Mariinsky Opera soloists, and perform in the apartment of Rimsky-Korsakov. The programme of the few days includes chamber music and Russian song performances as well as international conference on “British-Russian Crossroads: words and music”.

The project is supported by British Council and British Embassy in Moscow and the Cross-Language Dynamics project through AHRC’s Open World Research Initiative. The visit of Guildhall School students to Saint Petersburg is indebted to the generosity of Professor Sir Barry Ife CBE and Dr Trudi Darby.

Homo Mutabilis by @ilyakolmanovsky Take a peek at

➡️ The Knight of Beauty 🎨 @margy_kinmonth

Our weekly newsletter is out every Friday with the

🗣️ A Voice between Nations: Confluences of Ru