A Swim in a Pond in the Rain: Review

In this inspiring exploration of the 19th century Russian short story, Saunders offers up a potted version of the literature course he teaches at Syracuse University. Leading us through seven short stories from four masters of the genre (Tolstoy, Chekhov, Turgenev and Gogol), Saunders invites us, as he would his students, to reflect on, dissect and marvel at some of his favourite texts. A Swim in a Pond in the Rain is lightly spun, insightful and, given the eye-watering fees for US colleges, the price of the hardback edition looks like exceptional value. 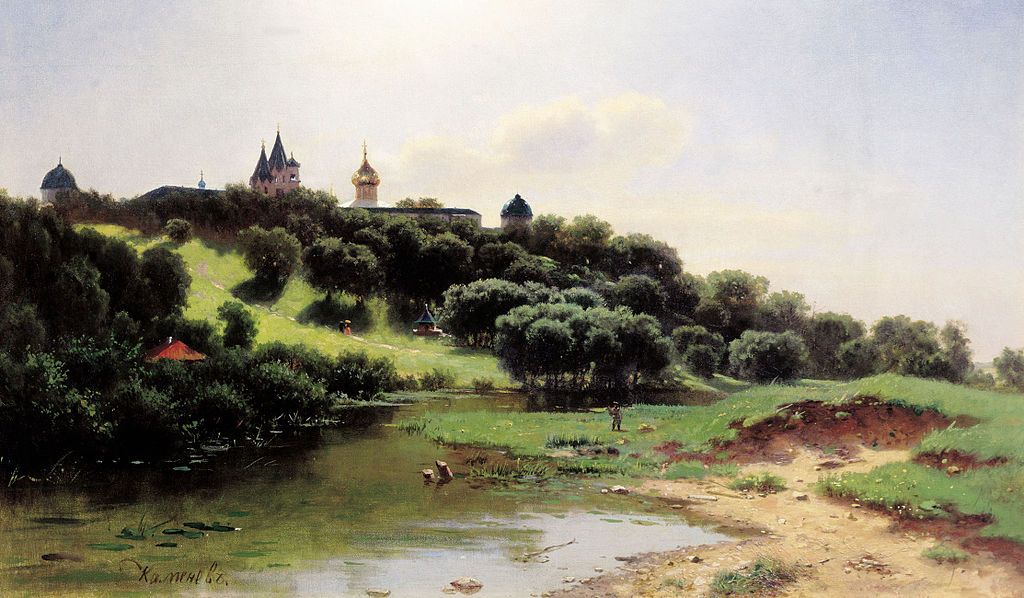 The first story is Chekhov’s In The Cart. Presented one page at a time, Saunders holds your hand, inquiring after your thoughts at each break in the text before offering his own insights. The method is reassuring and just as you think the author’s interjections might become tiresome, Saunders stays one step ahead, his voice dissolving naturally into the background, allowing the remainder of Chekhov’s story to flow uninterrupted. With elements of his suggested toolkit at your disposal, before you know it, you’re reading along, analysing the second story (Turgenev’s The Singers) all by yourself, pre-empting some of Saunders’ own commentary and feeling rather smug. Saunders’ ability to fold the reader into his process, creating a feeling of a collaborative workshop rather than a didactic textbook, gives a freshness to the work. With the no-frills, ink-and-paper approach, this book succeeds where the flashier platforms of Ted Talks, or multi-media subscription services such as Masterclass, often fail. Saunders cultivates the intimate relationship created by the written word between author and reader. Repeatedly, he returns to the analogy of the author as the motorcyclist, the reader as a passenger riding along in the sidecar. The writer must focus on keeping motorbike and sidecar within touching distance, only then will the words on the page have their desired effect.

At heart, this is a search for the ‘physics of the form’. Put simply: how did the author do that? Might the nation that gave us Dmitri Mendeleev and the periodic table also reveal to us, through literature, the elemental building blocks of all great short stories? Saunders thinks so, and he joins a long line of writers from Virginia Woolf to Orhan Pamuk who have delved into the Russian canon in search of fulsome answers. One refreshing aspect of Saunders’ approach is his laser focus on the nuts and bolts of the stories he presents. Instead of rhapsodic praise for the vastness of the Russian steppe or the enigmatic soul of the toiling muzhik, Saunders targets the patterns, the pacing and the backstory to illuminate the characters and guess at the intentions of the authors. He introduces us to his techniques, like his charming category of TICHN (Things I couldn’t help noticing) where he invites us, as we read along, to store up certain elements (vast muddy puddles, handsome landowners, smelly teahouses) that might come into play again later in the story. No detail escapes his (our) excavations. Analysing the serial passions of Olenka (in Chekhov’s The Darling), Saunders lays out a double-page table that cross-references all of her ‘Various Loves’ – naming her four partners, their jobs, the duration of the affair, the flavour of their courtship…the list goes on. The sheer detail, which in lesser hands would feel pedantic, is dealt with lightly. Saunders makes his point (that behind the mask of simplicity in Chekhov’s writing lies an intricate structure) and glides swiftly on. For the reader, it is sweet relief to know that he has done the heavy lifting on your behalf. 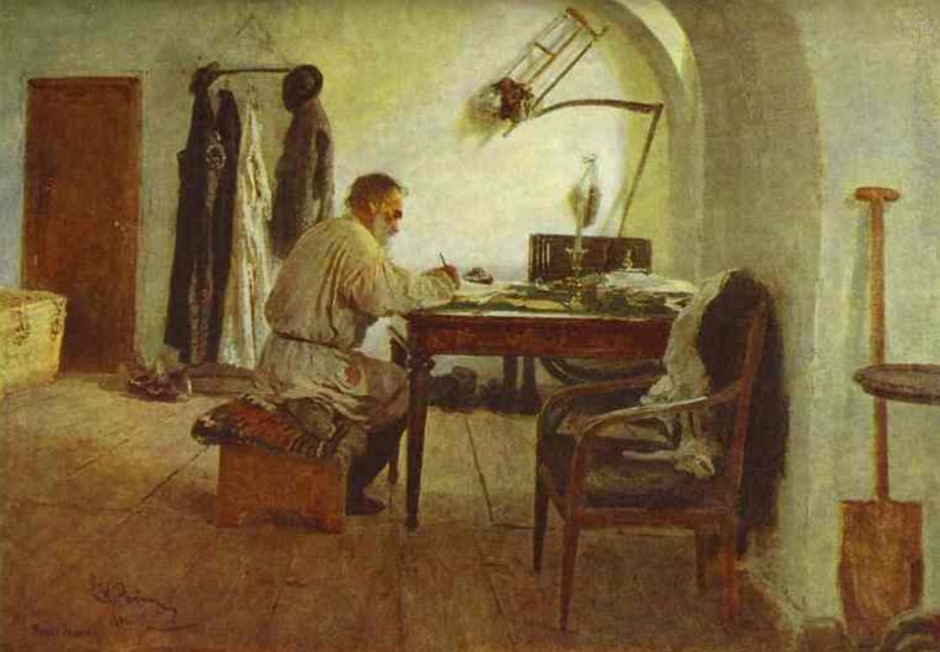 Little energy is expended in grappling with the question of translation (indeed the exercises for writers, which include one on translation, are relegated to the appendices and Saunders ably avoids turning his work into a “how to” guide). At the outset, he sidesteps the translation bear trap by selecting, without apology, those English versions of the stories that he has come to admire, or which suit his tastes. He deals with the texts at face value, as English language stories. Russian-speaking readers may feel that the author is missing a trick here, a chance to examine the Russian nuance of the four masters and bring it to an English-speaking audience. However, the issue is largely avoided. When Saunders does foray into the realms of translation, that narrative forward drive, which is his real strength, begins to decelerate and the grip becomes shakier. ‘Gogol is funnier in Russian,’ he writes of The Nose. ‘There are aural jokes and assonances and puns that can’t be rendered in English, and that’s that.’ Indeed, he recounts how an academic colleague once came to speak to his Syracuse class about the general limitations of translated literature and nearly sunk his whole course. Ultimately, no reader wants to be told they can’t appreciate the beauty and craft of the original Russian – what purpose does it serve other than to put people off? Saunders (himself not a Russian speaker) is best when he is playing the role of confident chaperone, grasping the English texts in both hands, and showing us there are worlds to discover here, without the need for a single word of Russian. 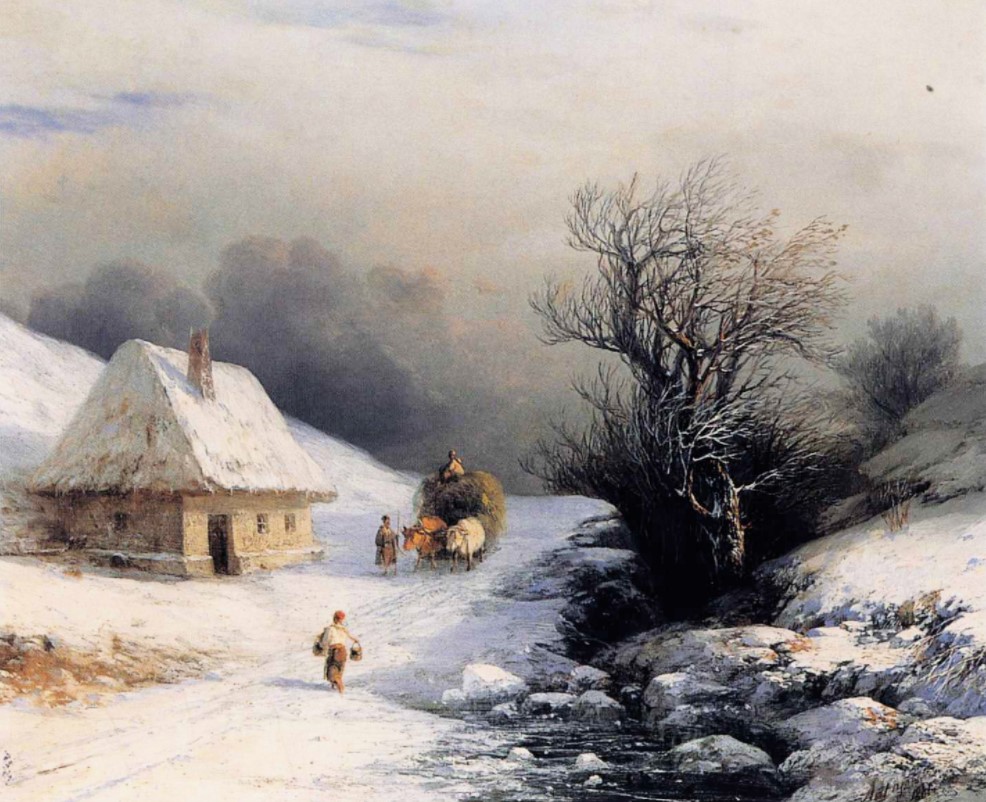 The central, most affecting, story chosen is Tolstoy’s Master and Man. Vasili Brekhunov, the Master of the tale, is caught in a snowstorm and forced to confront his life. He wonders, ‘Why he troubled himself with all those things with which he had been troubled.’ Saunders, in his commentary, broadens his scope and essentially poses us the same question. Why do we devote our time to the work, hobbies and relationships that we have chosen for ourselves? Is literature worth our time and if so, how might we be better readers and writers of it? If it all sounds a little heavy (and hey, it’s Russian literature after all) it doesn’t come across that way. In contrast to some academic writing, which can obscure as much as it reveals, Saunders plays a straight bat. His voice is clear, colloquial, and inclusive – definitively that of a passionate writer and teacher.

With A Swim in a Pond in the Rain, George Saunders has put together a methodical demystification of the Russian short story, leaving the reader with an analytical toolkit to be taken and used elsewhere, as required. Think of it like a gentle course in car mechanics. Not all readers are inclined to lift the bonnet, but with Saunders as your instructor, what you’ll find under there is truly fascinating.