Roseberys is pleased to announce the much-anticipated Impressionist, Modern, Post-War & Contemporary Art auction to be held on 15thJuly 2020, starting at 1 pm. 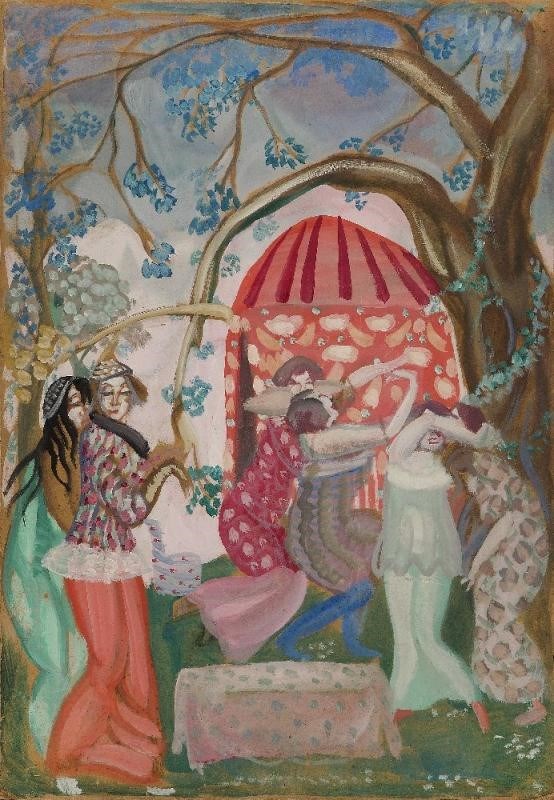 Highlights of this sale are to include an early gouache by the renowned Russian artist, Boris Grigoriev, titled ‘At the Tent’ (Lot 2). This painting originally came from the pre-revolutionary St. Petersburg collection of Alexander Evgenievich Burtsev, and remained with him until the 1917. Burtsev was a Russian bibliophile, bibliographer, publisher, art collector, author of ethnographic works and merchant of the first guild. As an honorary citizen of St. Petersburg, he gathered a large library of rare books and acquired a significant collection of autographs. On top of curating the library, he also arranged exhibitions of his collections and had ambitions to create a museum dedicated to new and innovative Russian art. Burtsev published journals on his collection including; ‘My Journal for the Few’, and it was for volume 9, issue 12 that this particular artwork was executed by Grigoriev. Burtsev also went on to publish a book about the artist; ‘Boris Dmitrievich Grigoriev and his Artistic Work’. Lot 2 is entered into the auction with an estimate of £40,000 to £60,000.

Lot 32 presents an impressive sculpture by Joseph Csaky, titled ‘La Liseuse’, cast in 1938. The artwork is a posthumous edition from the Blanchet-Landowski Foundry in Paris, after the original work of 1920, estimated to sell for £40,000-50,000. Csaky is considered one of the most important sculptors of the 20th Century. Initially studying in Budapest, Csaky moved to Paris in 1908, basing himself in a studio at La Ruche where his neighbours included Alexander Archipenko, Marc Chagall, Henri Laurens, Fernand Léger, and Chaim Soutine. Picasso and Braque at the time had just begun experimenting with Cubism, and Csáky and Archipenko were among the first artists to create Cubist sculptures. Csáky’s present sculpture shows his more figurative style found towards the second half of his artistic career. 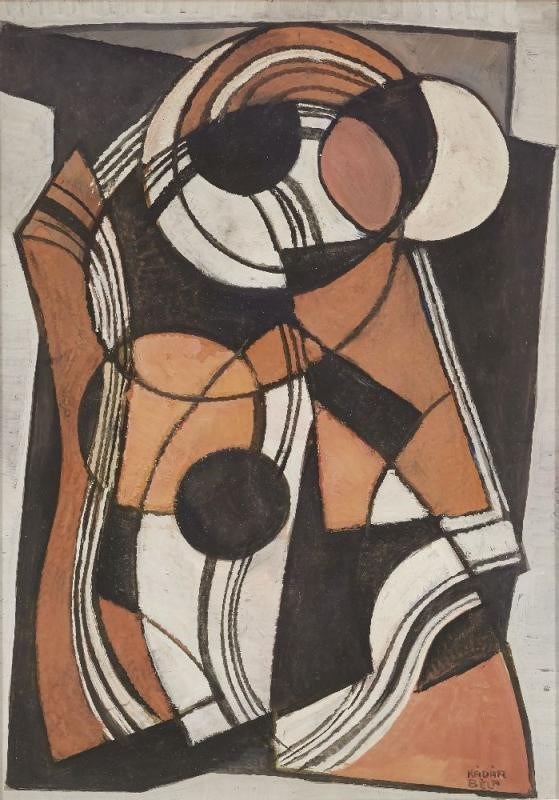 Another Eastern European piece within the sale is by the Hungairan artist Béla Kádár (Lot 38), Kádár became one of the most famous members of the early twentieth century Hungarian avant-garde movement. He notably employed aesthetics from a range of movements, such as Constructivism, Cubism, and German Expressionism, and focused on traditional Hungarian folklore to inspire his imagery. This abstract piece is estimated to sell between £6,000-£8,000. 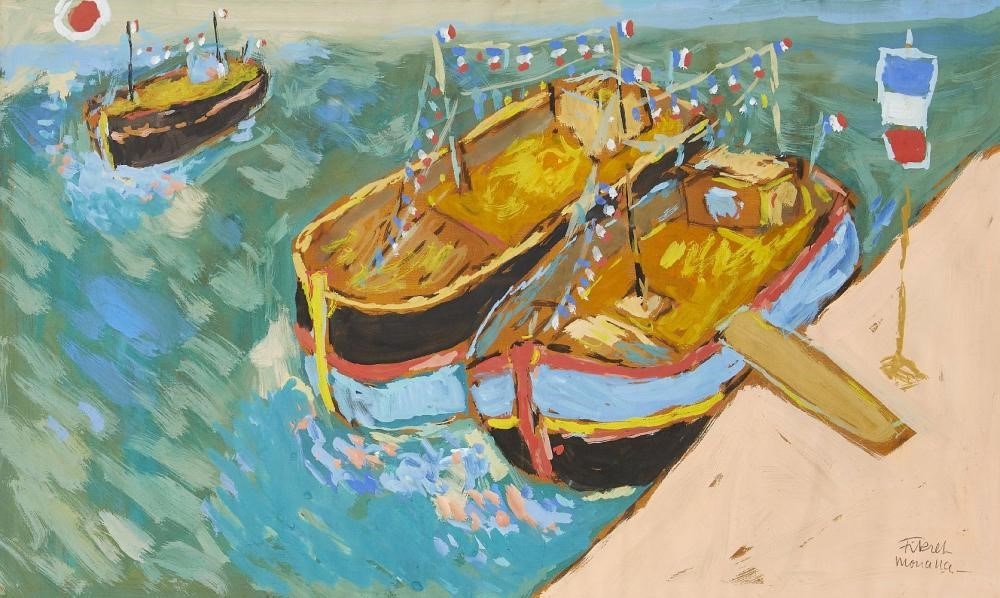 Also included in the sale is a rare Fikret Mualla gouache, titled ‘Péniches sur la Seine’ (Lot 22), estimated to sell for £6,000-8,000. Turkish born Mualla – alongside Abidin Dino – is considered to be one of Turkey’s most important 20th Century artists. Mualla moved to Paris in 1939. During this period in Paris he was influenced by the Fauvist artists and created these gouaches of block colours depicting scenes from Parisian society and life, such as the present work to be sold at Roseberys. 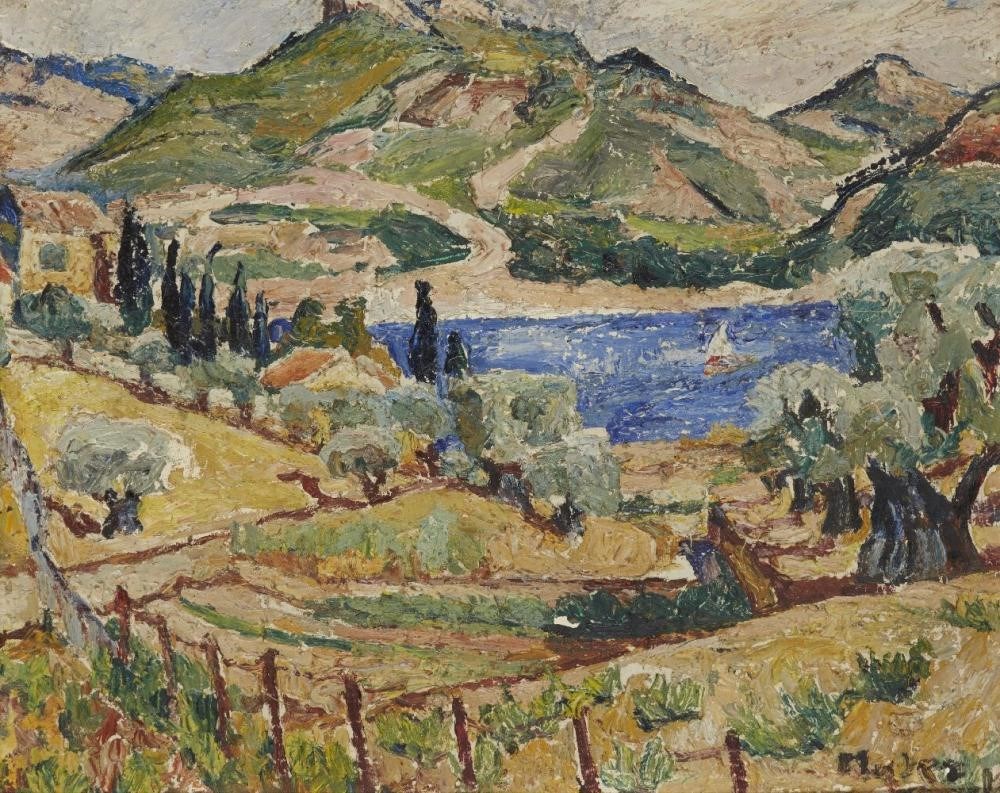 Mela Muter – the pseudonym of Maria Melania Mutermilch, was one of the most significant Polish/Jewish female painters in Paris in the early 20th century. She studied at the Académie de la Grande Chaumière and the Académie Colarossi under Etienne Tournés. In Paris, Muter swiftly built a reputation as a portrait painter and exhibited her work regularly, first at the Paris Salon in 1902, and subsequently at the Salon des Indépendants, the Société Nationale des Beaux-Arts, the Salon des Tuileries as well as the Salon des Femmes Artistes Modernes. During her early years in Paris she was associated with the Polish elite; Leopold Gottlieb, Wladyslaw Reymont, Leopold Sraff, Stefan Żeromski, and Henri Barbusse, as well as other artists Auguste Peret, DiegoRivera and Rainer Maria Rilke, who would become one of her closest friends.  During the Second World War, Muter went into hiding in the South of France, from this point on she created Fauvist landscapes of the area, such as Lot 23 presented in this auction. ‘Landschaft’ is entered at a price of £5,000-7,000. 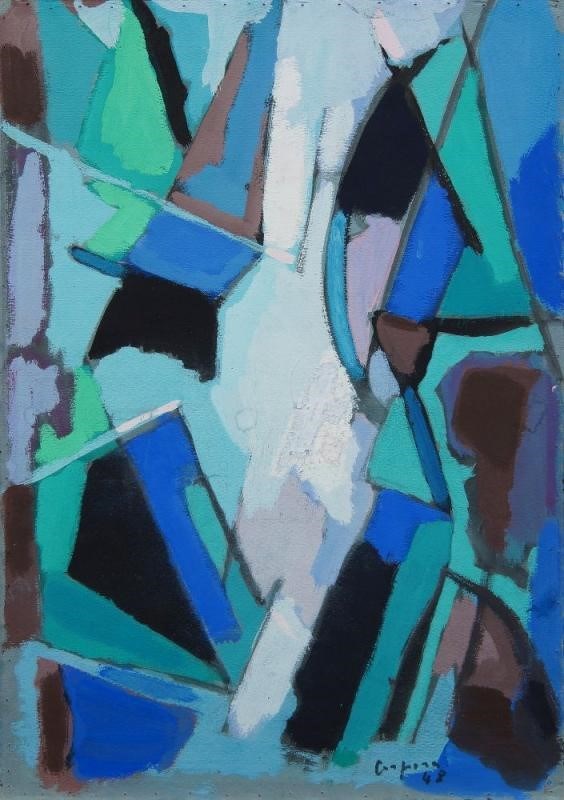 A rare blue and green abstract by Antonio Corpora from 1948, estimated to sell for £3,000-5,000 is also included in the auction (lot 37). Corpora studied under Arman Vergeaud, at the art Academy in Tunisia.  Later he travelled to Europe and in 1931 settled in Paris, where he met Sergio Signori and Alberto Giacometti. In 1945, he would make Italy his home, where he collaborated with Guttuso, Fazzini and the other members of the ‘Neo-Cubista’ group. Towards the end of the 1940s, when this piece was created, he began to reject Cubist formulae and adopted a freer formula idiom. 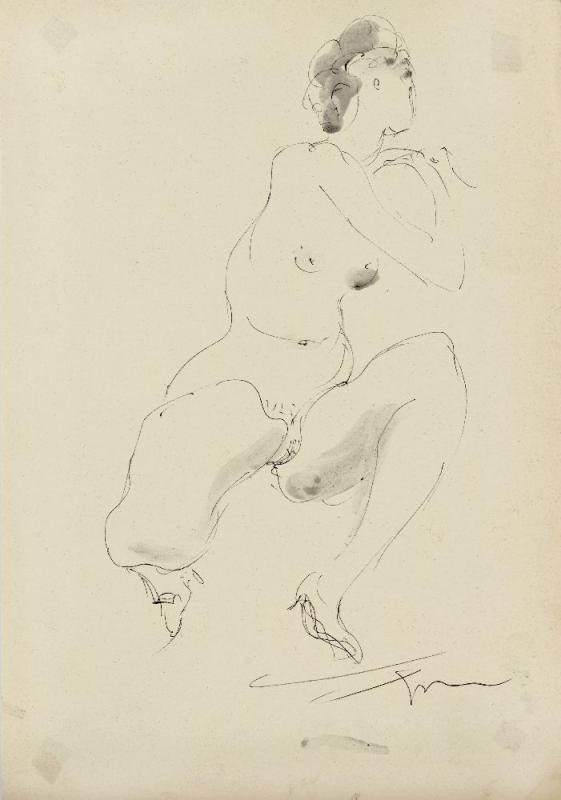 Lot 35 presents the opportunity to own a work by the Italian artist Lucio Fontana; this nude drawing is one of the many drawings the artist produced during his artistic career. The drawing comes with strong provenance with it being originally from the Aliette Olivar sale at Sotheby’s in 1980. 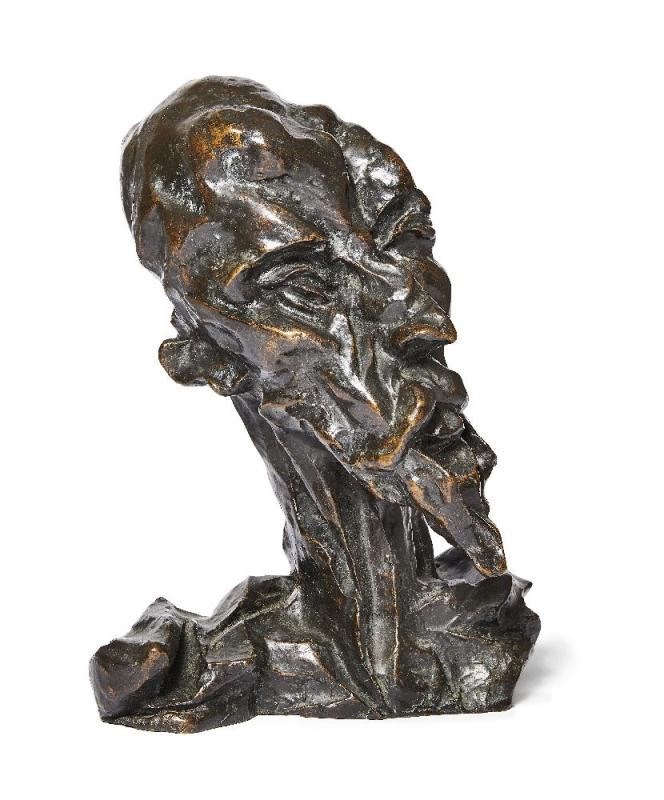 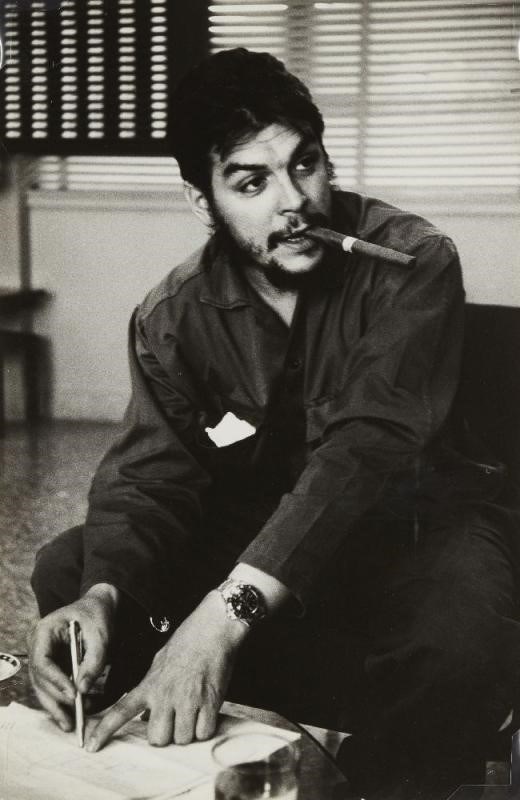 Finishing off the sale is a small collection of Magnum black and white photography, including pieces by René Burri, André de Dienes and Dennis Stock (Lots 121–125). The sale features Dennis Stock’s ‘James Dean on Times Square, New York’ one of the photographer’s most iconic images. The collection has been acquired from Atlas Gallery, London, by the present owner. Estimated prices for this collection range from £300 to £3,000.