THE LIFE AND WORK OF NIKOLAI GUMILEV

The Pushkin Club is devoting this evening’s event to a celebration of the life and work of Nikolai Stepanovich Gumilev (1896-1921) and commemoration of the 100-year anniversary of his death.

The Evening will be introduced by David Brummell. In his illustrated narrative he will describe the main events in Gumilev’s life and explain his unique importance as a poet. He will also explore the close affinity Gumilev had with Mikhail Lermontov (1814-1841) and the uncanny  parallels between the two poets. 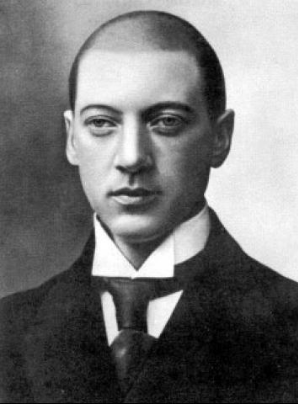 Gumilev was one of the most significant Russian poets of the 20th century. Along with Anna Akhmatova and Osip Mandelstam, he was one of the founding members of the Acmeist movement, and played a key part in the brilliant flowering of Russian culture known as the Silver Age (c. 1895 – 1915).

Throughout his short life of 35 years Nikolai Gumilev travelled a lot. He visited Egypt, Abyssinia, Somalia, Turkey, not to mention Europe. Gumilev twice visited London and on his second visit, in 1918, worked there for the Russian Government Committee.

Much of Gumilev’s early verse was inspired by his travels in Africa, such as his well-known poem, Giraffe, and is marked by his love of the exotic, cult of heroism and adventure – a good example of the latter being his famous poem, Captains. But in the last three years of his life his poetry – now freed from an adolescent love of exotic adventures — achieved unsurpassed intensity, depth and mastery.

Between 1910 and 1918 Gumilev was married to Anna Akhmatova, with whom he had a tempestuous relationship.

Following the outbreak of World War I, Gumilev enlisted in the cavalry and saw a lot of action. Like Lermontov, Gumilev distinguished himself in battle by exceptional courage. He was decorated for bravery three times, twice with the St. George Cross.

He was in Paris at the time of the October Revolution, but returned to Russia in 1918. To someone who advised him not to go back, he is said to have replied: “I have hunted lions and don’t believe the Bolsheviks are much more dangerous.”

Nevertheless, following the Kronstadt Rebellion of March 1921, which was brutally suppressed by the Bolsheviks, Gumilev was arrested on 7 March 1921 on fabricated charges. He was executed, together with 60 other so-participants in the so-called “Tagantsev conspiracy”.

Nikolai Gumilev was the first prominent writer to be murdered by the new regime – a victim not of Stalinism, but of Lenin’s “Red Terror.”

By 1923 Gumilev’s works were proscribed in the USSR. But his poetry continued to be read in secret, and was studied and reprinted in the West. Finally, Gorbachev’s policy of perestroika and glasnost at last made publication of Nikolai Gumilev’s poetry possible in the Soviet Union.

Now he is one of Russia’s most popular poets.

The sudden death of Gumilev at the age of 35, one of the first writers to die at the hands of the Bolsheviks, seems especially wasteful. His premature death – like that of Lermontov at 26 – leaves an overwhelming sense of unfulfilled potential, the thwarted promise of still greater things to come.

Yet he packed an amazing amount of life into those 35 years and produced a corpus of work that stands comparison with the best Russian poets.

In the course of the Evening nine of Gumilev’s poems will be read, from different periods in the poet’s life, including the magnificent poem, «Заблудившийся трамвай» // The Tram That Lost Its Way. We will also read what is known as the ‘Last Poem‘ – a poem attributed to Gumilev.

The poems will be read in translation by Lucy Daniels (a former Co-Chairman of the Pushkin Club) and David Brummell. Alla Gelich will recite them in the Russian original.

We will end our Evening by playing a recording of Nikolai Gumilev reading an excerpt from his poem «Осень» // Autumn.

The text of the original poems and translations will be made available to attendees after the event.  The translations are by the late Richard McKane (a former Co-Chairman of the Pushkin Club) and David Brummell.